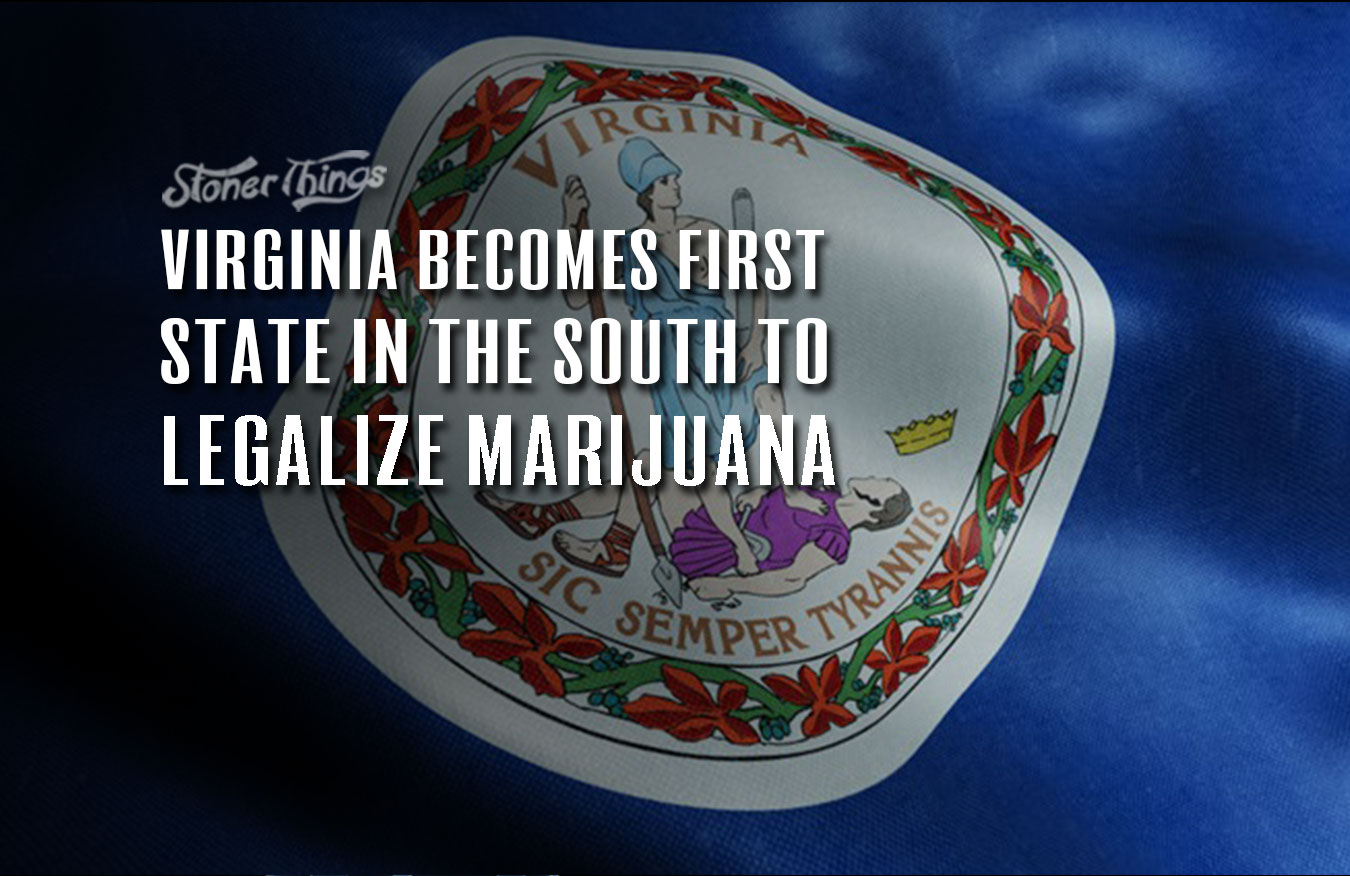 Marijuana legalization marches on to the South, with Virginia becoming the sixteenth state to pass the measure.

After sailing through the Virginia Assembly, the bill narrowly squeezed through the Senate with the tie-breaking vote of Lt. Gov. Justin Fairfax following a 20-20 split along partisan lines. Now, Virginians 21 and older will be able to possess an ounce or less of marijuana and grow up to four plants beginning July 1, 2021, with legal sales of the plant due to start in the summer of 2024.

Under a compromise bill passed by the legislature earlier this year, possessing small amounts of weed would have remained illegal up until the start of legal sales three years from now. But Gov. Ralph Northam, once a legalization skeptic, argued such a delay would be unwise and proposed an amendment to the approved bill to bring the date forward to this summer, among several other proposed changes. With the latest votes in the Virginia legislature, that’s now set to happen.

“Today, with the Governor’s amendments, we will have made tremendous progress in ending the targeting of Black and brown Virginians through selective enforcement of marijuana prohibition by this summer,” said House of Delegates Speaker Eileen Filler-Corn following the vote.

Unlike other states whose legislature passed a marijuana legalization bill, such as Illinois, Vermont and now New York, there was no such warm and fuzzy bipartisan sentiment in Virginia. Republicans raised various objections to the bill including its length (300 pages), its emphasis on social equity to help those most harmed by pot prohibition, and its alleged support for worker unionization in the cannabis industry. Senate Minority Leader Tommy Norment went so far as to claim the bill’s true purpose is to boost Gov. Northam’s liberal credentials after a racist photo of the governor emerged in 2019 from his 1984 medical school yearbook.

“We have a governor who wants to contribute to the resurrection of his legacy,” Norment remarked.

While it’s good news that Virginians don’t need to wait three years before they can sow their first legal seeds or fearlessly walk out into the streets with their personal supply, it’s still quite some time before most adults can make legal purchases given the approved law doesn’t allow medical marijuana dispensaries to service recreational customers. That’s why, for Virginia NORML, the battle is far from over.

“In the interest of public and consumer safety, Virginians 21 and older should be able to purchase retail cannabis products at the already operational dispensaries in 2021, not in 2024,” said Virginia NORML executive director Jenn Michelle Pedini in a statement. “Such a delay will only exacerbate the divide for equity applicants and embolden illicit activity.”

Nonetheless, the bill marks quite the turnaround in a state that until recently had some of the country’s harshest marijuana laws, a record high arrest rate for pot offenses, as well as some of the worst racial disparities in weed arrests. Gov. Northam, the state Attorney General Mark Herring, and top lawmakers vowed a little over a year ago to take overdue action on marijuana reform and, well, so far they’ve delivered.

What’s also promising (although not, evidently, to Virginian Republicans) are the bill’s social equity provisions, though much of the state’s regulatory framework for the cannabis industry remains up in the air. Following Northam’s amendments, 30 percent of pot sales tax revenues will be reinvested in communities most affected by the war on drugs, with 40 percent allocated to early childhood education while what’s left is split among public health programs and addiction treatment programs. The bill even provides definitions of “social equity” applicants for marijuana business licenses, including those convicted of pot offenses and graduates of historically Black universities and colleges. While not perhaps as far-reaching as, for instance, Illinois or New York’s social equity provisions, Virginia’s inclusion of such measures in its final bill helps to cement the importance of advancing social equity in the legal cannabis industry as legalization continues to spread across the country.