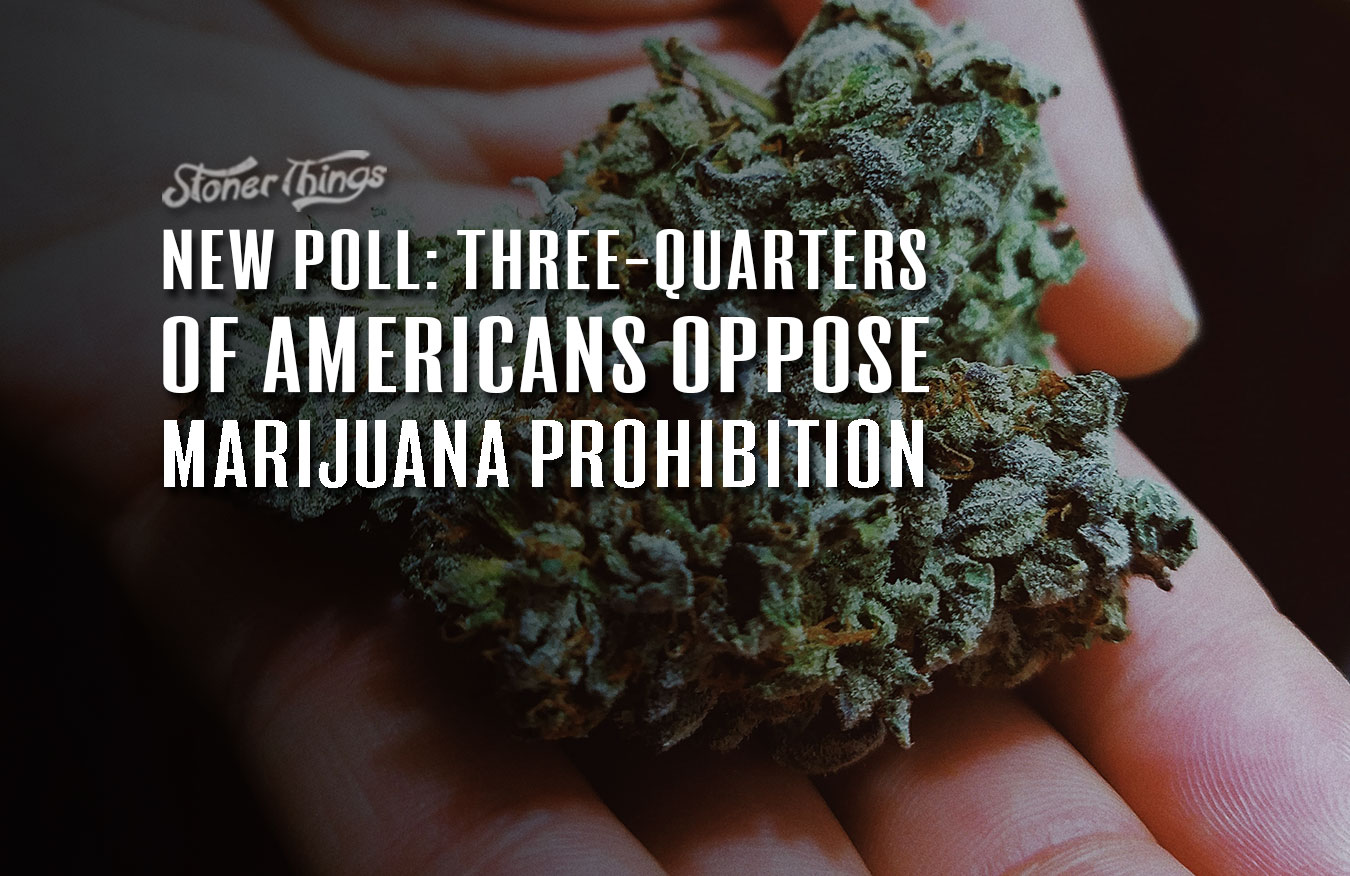 In these supposedly divisive times, there’s one policy most Americans of all backgrounds can get behind: marijuana legalization. That’s the take, at least, from a new poll courtesy of The Hill/HarrisX Daily.

Who trusts polls though, right? They’ve had a bad rap in recent times for not foreseeing The Rise of The Donald in 2016 and for predicting a “blue wave” for the Democrats in last year’s elections, which turned out to be more of a ripple.

But when it comes to legalizing pot, the polls have been pretty much on point. In the 2020 elections, weed legalization questions were on the ballot in five states. Most pollsters (as well as Stoner Things… ahem) predicted wins in all five states, and wins in all five states, four of which typically vote Republican, is what we got. South Dakota voters opting to legalize recreational pot by a somewhat comfortable margin after polls, more or less, predicted a 50-50 split was perhaps the biggest surprise of the night. Pollsters were similarly optimistic, and correct, concerning marijuana legalization in the 2016 elections. The two most recent states to legalize adult-use pot – New York and Virginia – also reported majority support for the measure in the polls, though both enacted the policy through the legislature rather than a public vote.

So what of the latest poll? Based on the online responses of close to 2,000 participants, it found 75 percent oppose the federal prohibition and criminalization of weed. The Hill/HarrisX Daily poll not only finds strong majority support for the measure, but this holds true across all political persuasions, urban-rural divides, and age groups

The respondents are, however, more evenly split on the question of how, or who, gets to legalize it. 38 percent believe the federal government should just get on with it and legalize marijuana across the US, whereas 37 percent think it should be left to states to decide for themselves. The former position is where the Democrat-controlled Congress appears to be leaning, with top lawmakers poised to introduce a new marijuana legalization bill. The latter position is where President Joe Biden stands on the issue, as well as Donald Trump for that matter. 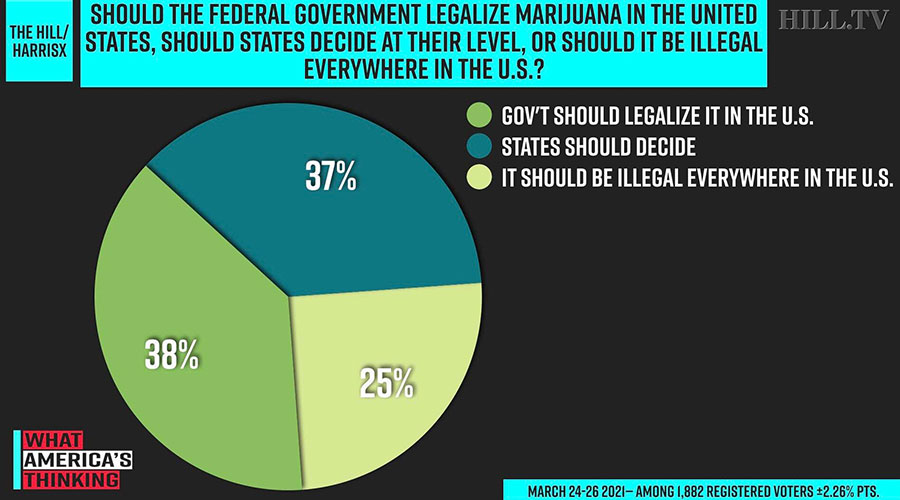 Currently, states that legalized pot are in violation of federal law. The only thing standing between them and the full force of federal drug squads are vague commitments from federal agencies not to intervene, which is something but nowhere near the level of protection that would be afforded by concrete changes to federal marijuana law. Even if President Biden wants to continue leaving it to states to decide, he needs to come up with a way that guarantees state-level marijuana businesses and consumers are not at risk, or otherwise penalized regarding access to financial services, employment, immigration status etc.