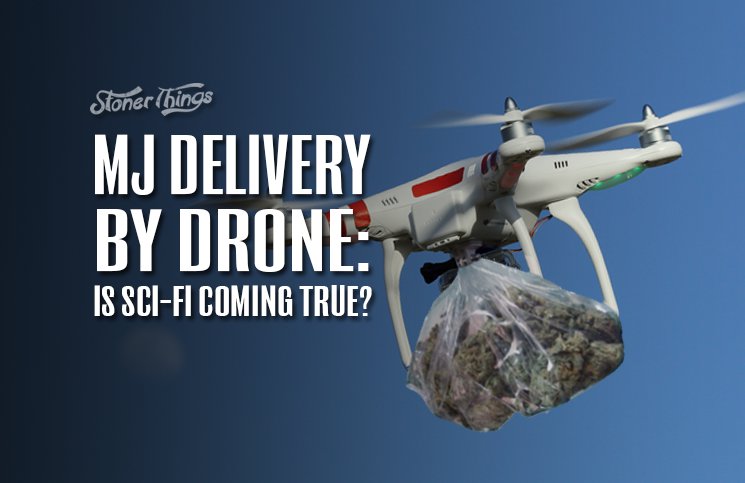 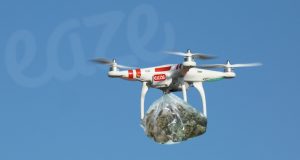 If you live in a place where pot is legal, this sight could be coming to you soon. A California-based company called Trees has quietly started delivering marijuana from the skies.

That’s right, drones might soon be dropping weed into the hands of stoners across a wide swath of California. Well, actually, it’s a pretty small swath at the moment – parts of San Francisco, more or less. But that could change as legalization spreads.

There’s at least one problem with Trees’ approach, though, depending on how you look at it: The drones only take payment in the form of bitcoins. That’s great for Silicon Valley techies and dedicated libertarians, but less so for the rest of the world.

Bitcoin transactions can be encrypted

Bitcoins are a digital currency that allows shoppers to buy goods and services online or in the real world. The coins leave a trace, but that can be obscured, making bitcoins an ideal currency for illicit purchases on or off the web.

Unfortunately, bitcoins are expensive, hard to buy, and hard to use. What’s more, the value of the coins can and sometimes does plummet suddenly and massively, leaving consumers with worthless money.

Trees is actually mostly a company about bitcoins. The CEO, Marshall Hayner, has partnered with Jackson Palmer, one of the creators of Dogecoin, a controversial new digital currency similar to bitcoins.

The two entrepreneurs are using BitSwitch, a device – similar to Square Register – that turns credit into bitcoin. Swipe your card, buy bitcoins, and then use them to buy marijuana. Palmer and Hayner are in this mostly to help their lagging bitcoin investments, but they may have hit upon a brilliant idea.

Let’s not count our eggs just yet, though. Trees is still trying to get an FAA waiver from rules barring the use of drones in retail transactions. But they gave a demonstration of their idea to a San Francisco reporter in August.

Things didn’t go exactly as planned. The drone was operated from nearby – not a strong demonstration of long-range delivery – and spent most of the time on the ground while an engineer fiddled with the software.

The legal hurdles for Trees could be substantial, assuming they plan to build a real drone-delivery service, above the radar. Drone flights are governed by FAA rules, state laws, and local ordinances; even marijuana delivery by car is grounds for arrest in most of California.

But if Hayner and Palmer start local and put as much effort into the delivery part of the business as they have into the bitcoin aspects, they could have a best seller on their hands.