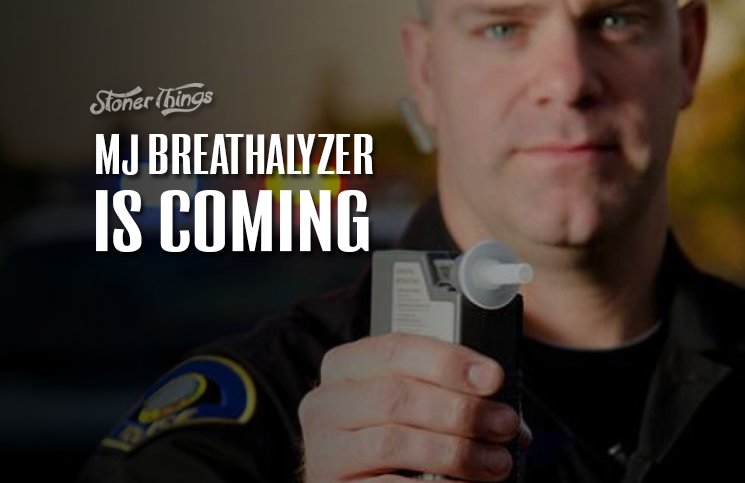 Driving while stoned may not be as dangerous as driving while drunk, but it’s still a bad idea. It’s also a problem that has led to harsh new laws in some parts of the country.

But there is a gap in law enforcement that makes it hard to judge who’s too intoxicated to drive. Namely, there’s no such thing as a weed Breathalyzer.

That is set to change. A Canadian company is now building a prototype of a machine that would allow police to test motorists for THC in the bloodstream. Officials at Cannabix say they’re still in the early phase of production, but they hope to put it on the street soon.

The device would work much the same as a traditional Breathalyzer, except that it would measure THC levels instead of blood-alcohol concentration. It’s not clear how the machine would work, but presumably it would allow cops to test drivers on the spot.

The Breathalyzer approach to cannabis is highly problematic. For one thing, marijuana doesn’t affect the body in the same ways booze does. For another, tests to measure whether motorists are stoned are much less reliable than alcohol tests – which aren’t foolproof to begin with.

The legal cut-off for alcohol intoxication on the road is 0.08%. That means anyone who tests above 0.08 is automatically considered legally impaired. This limit is observed in all 50 states.

It’s relatively easy to enforce DUI laws in cases involving booze, as breath tests, while occasionally unreliable, are generally thought to be accurate. The same isn’t true when it comes to THC.

What’s more, there’s no universally accepted cut-off for THC levels in the blood. Some states charge drivers with felonies when they’re caught with any THC metabolites in their systems, even if the metabolites are inactive.

Several other states require a minimal amount of active or inactive metabolites, while the rest require proof of active THC in the blood.

THC is the active chemical in marijuana, and it is responsible for the drug’s high. It’s considered much safer than alcohol, though prosecutors still typically treat stoned driving as harshly as drunk driving. 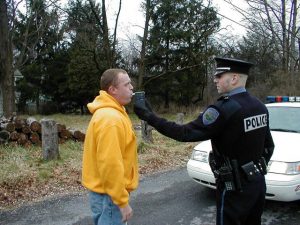 Studies suggest that driving after smoking marijuana is twice as dangerous as driving sober. But driving drunk is 13 times as dangerous. Critics contend stoned driving laws fail to take that fact into account.

Cannabix said its weed Breathalyzer will be useful off the roadway as well.

“The device would be used to provide detection of THC at the roadside to identify drivers intoxicated by the use of marijuana,” the company says. “The device will also be useful for other practical applications such as testing employees in the workplace where intoxication by THC can be hazardous.”