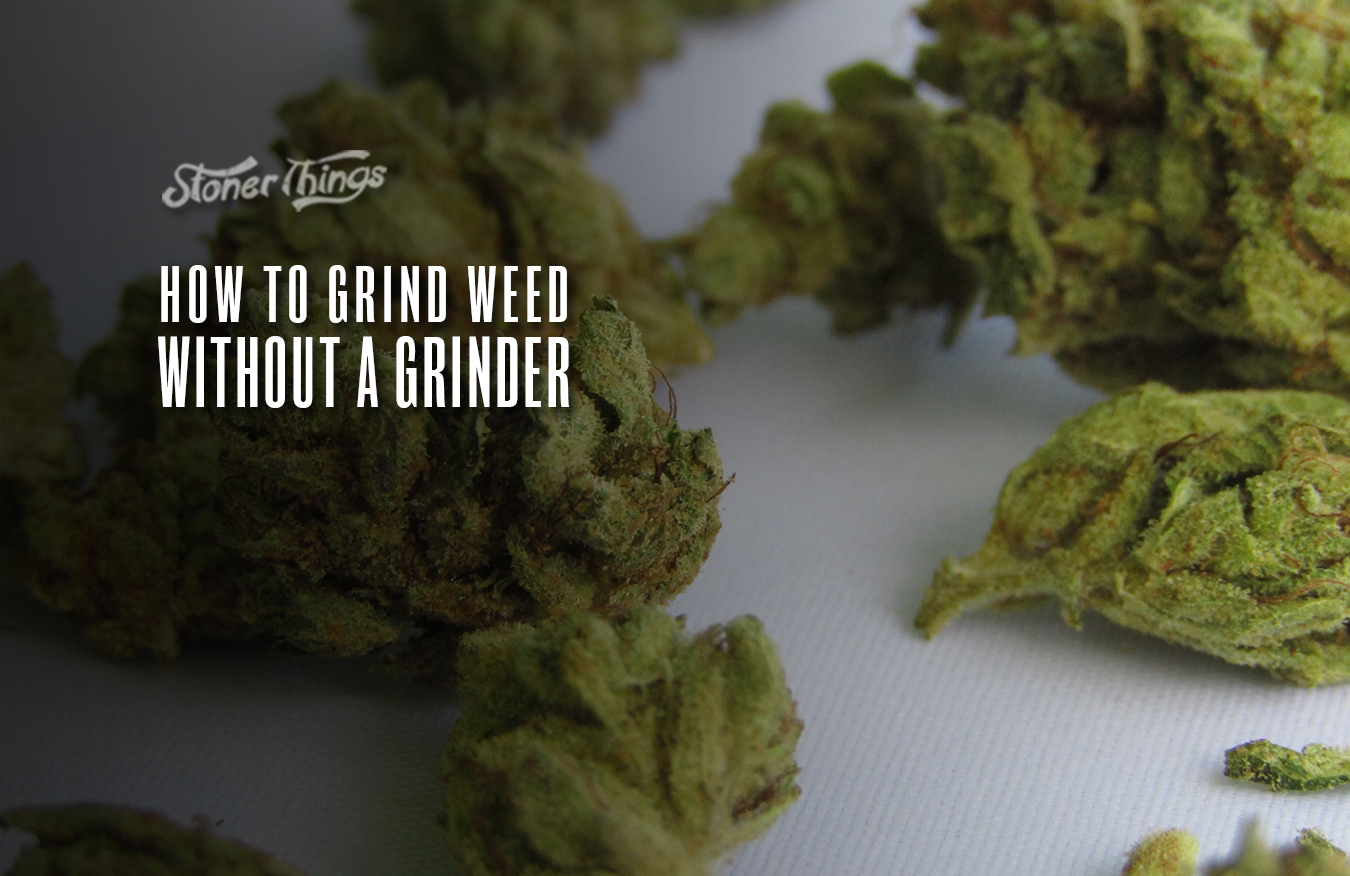 There’s a good reason people grind their weed: It allows for even burning, fully releasing all the compounds you want. If you’ve ever seen a chunk of bud slip down the bong stem because it was packed willy-nilly, you know the frustration. Grinding not only makes the burn even, it allows you to inhale all the terpenes and cannabinoids you’re wanting from your buds. Problem is, you don’t always have a grinder around. Maybe you’re on vacation, or visiting a friend, or you just lost yours. What do you do? Smokers have been on the DIY tip for a long time (ever smoke from an impromptu pipe made from an apple?), so it’s no surprise there are several clever ways to grind weed without a grinder. It’s all about the physics! Here are some clever ways to produce a nice even burn by grinding buds using impromptu methods.

First, the goal here is to break up the flowers so all the “good stuff” can be evenly smoked and nothing is wasted. The trick is to break everything down without also wasting the trichomes (the tiny, brittle hairs on the buds) so you get maximum effects and flavor from your smoke. To do that, we’re looking at materials that won’t grab those hairs or any other plant matter, and stuff that won’t accidentally mix into your weed before you smoke it.

The old ways may not be the best ways, but they still work in a pinch. Breaking up your buds by hand can be tricky if the plants are quite sticky, but just let them dry out a little if that’s a problem (putting them in the freezer for a bit also works). Using your fingers you can break them up into as small a pieces as possible. Trying rubbing your fingers together to release trichomes that stick to you.

Unless you’re Edward Scissorhands your fingers will only go so far in chopping those nuggets down. Put a bud in a shot glass, open up some very sharp scissors, and begin snipping away (the glass helps keep all the plant materials from flying away). Within a few seconds you’ll have a nice collection of chopped weed that should be good to go. Note that you should also remove internal stems for best result, so that probably means pulling the buds apart with your fingers first. Whatever works!

If you want to go full Gordon Ramsey you can whip out a sharp knife and cutting board. Ideally your board should be very clean, and if possible use one that doesn’t have deep ruts in it from years of use. A marble countertop works great, or glass (just be careful). The blade should NOT be serrated, and as always be careful when chopping. The size of the blade doesn’t matter as long as you wield it properly. Chop the buds to your liking, but note you can carefully retrieve the trichomes that stick to the blade if you want.

This method work great, saves all the goodies in the bottle, and is kinda fun to do. Grab a penny — because the smooth edge won’t grab trichomes — drop it in a small bottle with your buds, and shake it more vigorously than a Polaroid picture. Ideally you may have a little glass jar to use, so you can wipe all the good stuff out without it sticking. But a plastic pill bottle works as well. Shaking vigorously flings the coin around in the bottle, chopping the buds up enough to make a nice, even smoke. This is probably the most thorough and effective of the impromptu methods, especially if you’re not keen on using blades.

If you get creative you can imagine other ways to chop your weed: A coffee grinder, mortar and pestle, even a blender. These can lead to waste, however, and are a bit overkill. Humans are clever critters, so there may be other ways of reducing your bud to powder, just keep in mind there’s a balance between “finely ground” and “pulverized powder.”