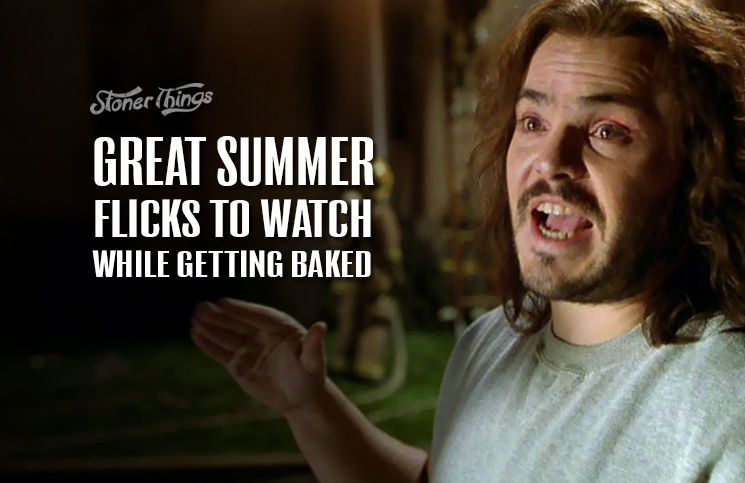 The canine days of August have arrived, and with them the waves of heat, humidity, and global warming that make potheads want to hunker down indoors, crank the AC, and watch a few dozen hours of classic stoner movies.

While we can’t fit that bill in 500 words, we’ll get you started with four great flicks to watch while stoned this summer. And don’t feel bad about wasting valuable sunlight hours with the blinds closed and the flatscreen on: If you feel the need, just drag a TV, a chair, and an extension cord to your front lawn and spark up until the neighbors complain.

Mark Harmon got his start in this classic 1980s comedy as a high school gym teacher stuck with a remedial class of borderline dropouts he doesn’t particularly want to teach. Summer School has almost everything for the hottest weeks of the year: beaches, bikinis, and surf bums.

There is no grass to be found onscreen, and weed has nothing to do with the plot. But it’s Hawaii, it’s summer, and a bunch of teenagers are stuck in class. We’re pretty sure they were all stoned. You’d have to be.

Trying to rank John Hughes movies is a hopeless task, but only two truly capture the visceral thrill of being a teenager at the end of the school year: Ferris Bueller’s Day Off and The Breakfast Club. That’s a hard choice, but we’re going with the latter – this year, anyway.

Trapped in detention as the clock ticks toward summer, five students at Shermer High School smoke pot, cry, and share their feelings. A typical high school Saturday, in other words. Also, a perfect way to relive a time in your life when summer was actually a “vacation.”

Orange County, one of the most underrated comedies of the early 2000s, gave us Jack Black at his stony, zonked-out best. It’s never quite clear what he’s been taking, but it’s clear he’s been taking some good shit.

Orange County itself is rapidly changing these days. Long a conservative bastion surrounded by Southern California liberals, it is fast moving to the left. Even legal medical marijuana is on the rise again. But we will always have Lance Brumder to remind us of the bad old days in the land of Richard Nixon and McMansions.

Few movies are so closely linked to the stoner life as Richard Linklater’s Central Texas classic, Dazed and Confused. For the early 1990s, this was a pretty daring look at the boring, frustrating life of teenagers during the bicentennial, including the heavy toking that made that era slightly more bearable.

Also, this movie gave us some of the best lines in all of stoner filmdom. “You cool, man?” “It’d be a lot cooler if you did.” “She was a hip, hip lady, man.” There’s something here for everyone born after 1958 who has ever sparked a J, cashed a keg, or otherwise gotten wasted as a way to forget the misery of adolescence. 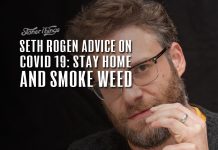 New Study: THC in Blood Not Indicative of Recent Cannabis Use

The Syndicate: A New Podcast Delving Deep into the World of...

The Results Are In: Here’s How Many People Now Prefer Concentrates...

New Study: THC in Blood Not Indicative of Recent Cannabis Use

Ben Walker - Sep 22, 2020
0
Just because THC is detected in the blood doesn’t mean someone has recently consumed cannabis. Investigators working with the University of British Columbia systematically...

The Syndicate: A New Podcast Delving Deep into the World of Cannabis Smuggling

Ben Walker - Sep 18, 2020
0
There are thousands of podcasts, and no shortage of shows and documentaries about weed. But one of the great things about podcasts is that...