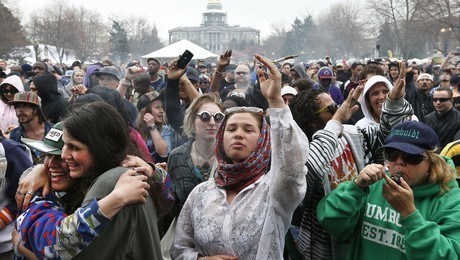 The Colorado Symphony Orchestra has gone ahead with its plans for a weed-themed concert series in Denver starting in May, despite warnings from city officials the events could be illegal.

Plans for the four-concert fundraising series ran into trouble earlier in the month when Denver’s city attorney pointed out that an art gallery reserved for the first three concerts could be considered a public space,

even if it’s normally used for private events.

That means any pot smoking would be illegal, as the state’s weed law bans public consumption. Orchestra officials planned to set up a private smoking area outside the gallery for patrons who wished to indulge.

But the orchestra responded to the warning by taking additional steps to make those events strictly private, limiting the gallery concerts to invitation only. They also announced to patrons that the final concert, at the Red Rocks Ampitheatre, would be weed-free, as pot is banned at the stadium.

Denver officials had threatened to stop the concerts and prosecute organizers for any legal offenses. They also said they would target concertgoers who smoke in public. But after the changes were made, the city attorney withdrew his objections and the series was allowed to proceed.

The concerts, titled Classic Cannabis: The High Note Series, started with a brass quintet of symphony players May 23. Two more concerts are scheduled at the gallery, one on July 18 and a third on Aug. 15. The final concert will be held Sept. 13 at Red Rocks.

The orchestra and the owners of the stadium may ban weed, but they will have a hard time enforcing that rule. The amphitheater is notorious for open marijuana use at concerts and events. 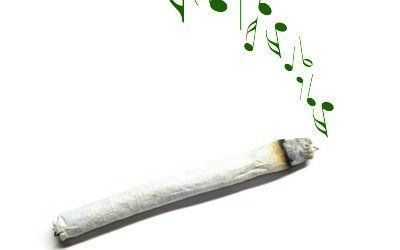 The orchestra concerts were conceived as a partnership between the symphony, which is struggling financially, and Colorado’s newly legitimate marijuana industry. The state’s voters legalized the drug in 2012, and the first retail pot shops opened in January.

The series is sponsored by a number of industry players, many of who see it as a path to increased respectability and a way to give back to the community. Orchestra officials, in turn, are using the concerts as an opportunity to sell the symphony to a new, wider, younger audience.

Some supporters aren’t happy about the idea. Many feel the symphony should stay aloof from anything involving drugs and politics. Concert backers, on the other hand, say the orchestra can’t afford to pass up an audience, especially one that’s eager for a new experience.

But concertgoers will have to carry their own experience from home. The events are strictly BYOW.