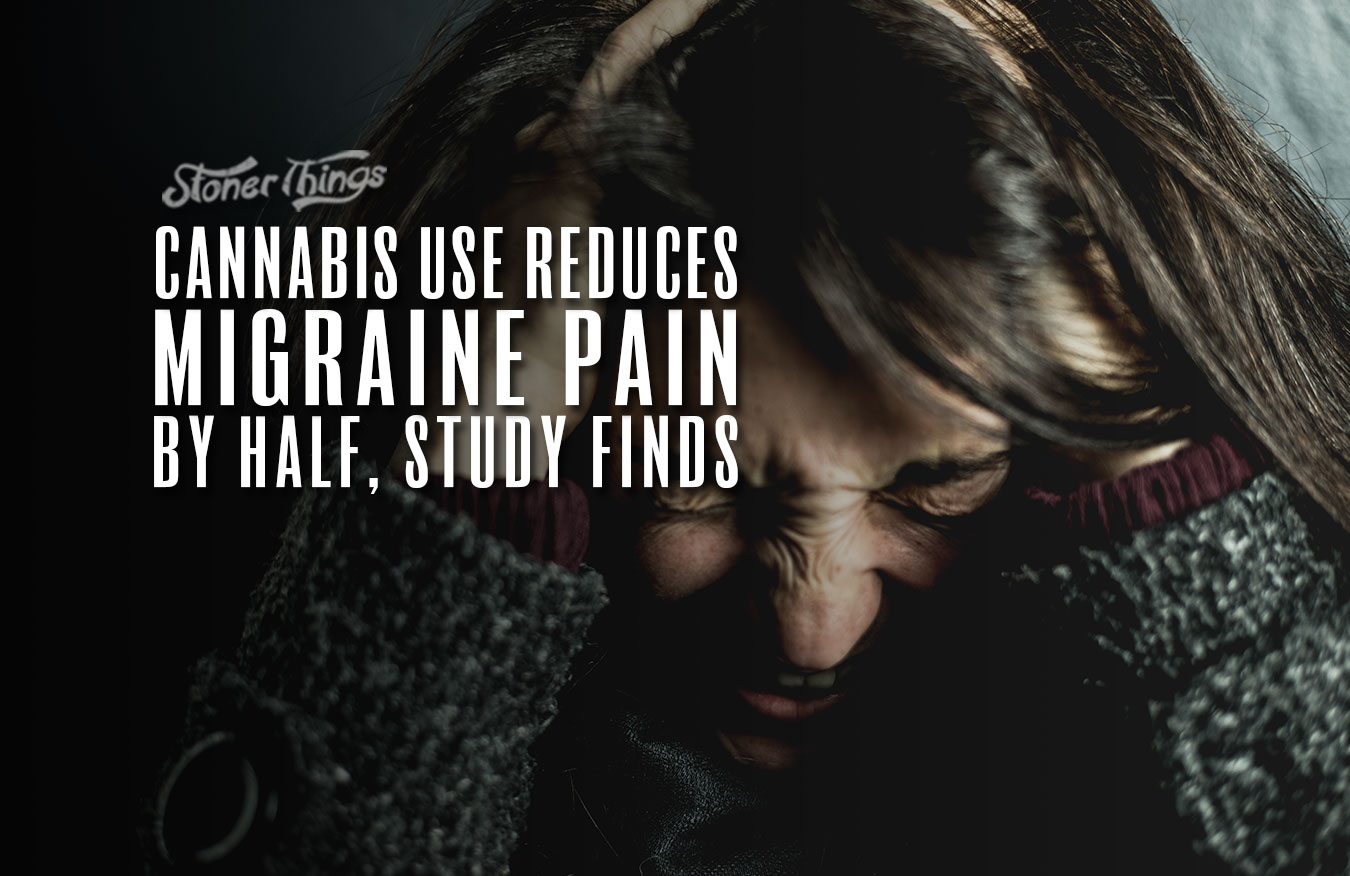 Next time you are suffering from a severe migraine or headache, you may not have to reach in the medicine cabinet for the acetaminophen. A recent study has revealed that inhaling cannabis can be effective at reducing the pain by nearly half.  Users have long claimed that weed is a source of relief when it comes to migraine and headache pain.  The study, published in the Journal of Pain, sought to determine if these claims could be backed by quantitative research.  Additionally, they looked at whether variables such as gender, type of cannabis and dosage would be contributing factors.

The researchers pulled their data from a newly developed app that provided them with a subject pool for their study. The Canadian software, Strainprint, allows patients to input and track the severity of their symptoms before and after inhaling cannabis. Researchers were able to collect data from 1,300 headache patients who collectively used the app 12,000 times. Additionally, 653 migraine sufferers tracked their symptoms on the app 7,400 times.

Ultimately, it was discovered that nearly 90% of those involved reported relief in pain after marijuana use. It was noted that those using pot for headaches reported relief of symptoms slightly more at 89.9% compared to 88.1% of migraine sufferers. Regardless, the app was useful in determining a significant difference in pain. Those who tracked headaches had an average 47.3% decrease in pain severity, while a reduction of 49.6% was reported from migraine patients.

Overall, the study found consistency when it came to strains. The researchers were expecting to see a difference based on specific concentrations of THC and CBD. However, every blend was equally effective. “Since cannabis is made up of over 100 cannabinoids, this finding suggests that different cannabinoids or other constituents like terpenes may play the central role in headache and migraine relief,” said the authors of the study.

However, there were some notable differences when it came to certain variables. When it came to gender, men reported symptom relief at a higher rate than women at 90% compared to 89.1%. Also, concentrates such as shatter and oil were found to be more effective than dried flower.

Some of the best news was that overconsumption does not seem to be a problem. Long-term headache treatment has been known to cause symptoms to get worse in what is referred to as an “overuse headache”. The study found that this is not a concern when it comes to cannabis treatment. However, it was noted that user tolerance made an impact and larger doses of pot were needed to cause any difference in pain.

Cannabis use has long been used as a treatment for headaches and migraines, yet this is the first significant study that has offered quantifiable evidence at its effectiveness. The authors of the study did note that further research is required. There is a concern that there may be some overestimates when it came to patient reportings. Placebo-controlled trials would be necessary to help narrow down the effectiveness of cannabis use for migraine and headache pain.

The findings may come as no surprise for those who have felt the headache and migraine relief first hand. For now, at least users and medical professionals have some idea of how weed impacts these conditions.