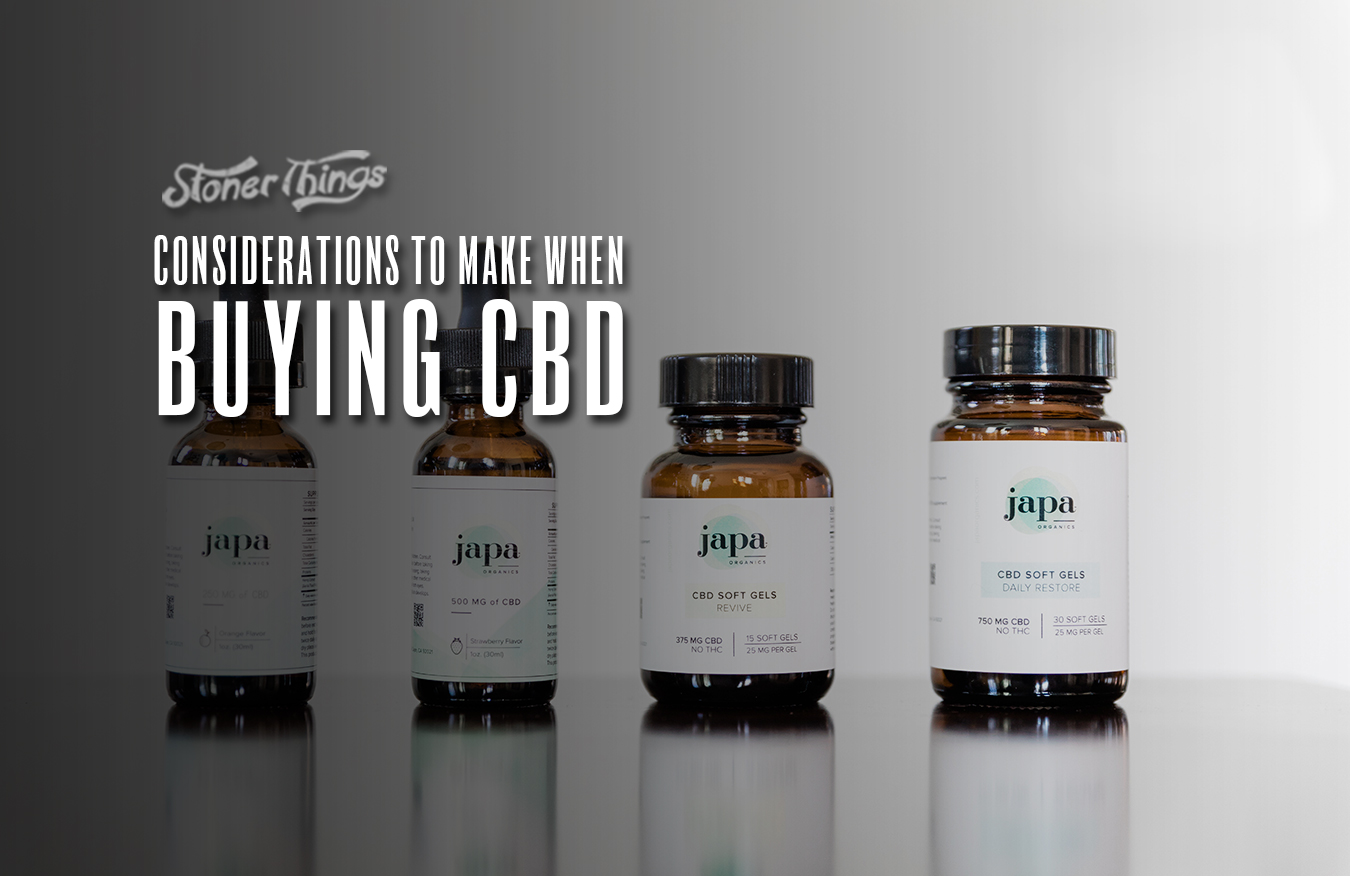 Cannabidiol, aka CBD, is now available across the United States after Congress legalized hemp. This has opened the door to a flood of products that tout CBD as an ingredient, whether or not it makes sense. Practically speaking, you can take CBD for a number of therapeutic and medicinal purposes — but is that gas station CBD gummy candy really going to help you relax? And how was that CBD produced? Just as with any plant-based product, the method of extraction can impact the final product, as can any additional processing. Don’t worry, we’ll look at the major considerations when you’re thinking about buying CBD products.

Part of the problem when looking at CBD products is that terms are a bit loose, as there’s not a standard legal definition for everything. There is, however, a Federal definition of what makes a plant hemp versus marijuana. Hemp is now legal across the USA, whereas marijuana is only legal in almost half the country. The difference is in the amount of THC: Hemp must have less than 0.3% THC in it. While marijuana plants contain CBD, they also contain THC (the amount of each varies by strain) and THC is the part that gets you high.

You can extract CBD from marijuana plants and isolate it, and that product could be sold around the country. However, isolating just CBD ignores benefits from the entourage effect, and strips away terpenes and other potentially beneficial chemicals naturally found in hemp. Still, think of this as your “plain vanilla” with nothing added, which is useful for mixing into a wide range of products. Isolated CBD is just that, an isolate.

The opposite of an isolated chemical is a bunch of chemicals, and that’s where “spectrum” products come in. Again, there’s no legal requirements here so in some states “full spectrum” could include THC whereas “broad spectrum” typically means no THC but all the other terpenes and other useful chemicals found in the hemp plant. Here, we’re looking at hemp plants that have been processed, but the chemicals in the plant have not been isolated and separated, but left in to aid whatever product is being produced. So if you see “broad spectrum” gummy bears, now you know that they’ll have a broader palette of compounds that may be helpful for whatever ails you.

Everyone is familiar with organically grown produce, or produce that meets certain requirements pertaining to the use of pesticides and other adulterants while cultivating a plant. Unfortunately, cannabis can’t use the official “organic” label because it’s still Federally illegal. Why does this matter? Consider that a hemp grower might use pesticides, and that if a CBD producer uses the whole plant some of those pesticides could wind up in the final product. This touches upon a whole debate over organic growing, but suffice it to say producers have varying standards for the purity of their wares and it doesn’t benefit them to introduce additional chemicals if they’re sticking with broad spectrum products.

Another consideration is whether to use the whole plant, including stems and leaves, or just the flowers. Of course, with marijuana you’re focusing just on the flowers because that’s where the bulk of the terpenes and cannabinoids are. Hemp can be used for a number of products that aren’t consumed, but there can be chemicals in the rest of the plant a producer may be interested in. Still, the bottom line is yield. There’s not much flower on a hemp plant, so just harvesting those will reduce yield.

Of course, growing in different areas can affect the product, but it’s the processing that really has an impact. This is where plants are deconstructed into their constituent chemicals, mostly CBD and useful terpenes (or other cannabinoids besides THC). Three methods currently dominate the industry for extraction: supercritical carbon dioxide, hydrocarbon, and ethanol.

Supercritical CO2 is when carbon dioxide is both a liquid and a gas. Plants are put into pressurized containers with this, and a sort of crude oil resembling butter is the result. Like crude oil, this must be further refined. This can be done using distillation or winterization. Winterization mixes the goo with alcohol and freezes it, whereas distillation is typically done by heating the substance and collecting the condensation. CBD producers use short path distillation, which lowers the temperature by reducing air pressure in the distillation, and generally uses a “short path” from the chamber with the raw product and distillate. If you’ve ever driven by a chemical plant and seen large columns that aren’t smoke stacks, those are likely large distillation columns extracting who-knows-what, but using a similar process. Winterization is sort of like “cold pressed” juice, and some say it yields a better product because it doesn’t heat the extracted plant material as much.

Speaking of heat, a lower-temperature extraction method than supercritical CO2 is hydrocarbon extraction. Here, butane or propane is used to remove CBD, washing over the plants and leaving a liquid. This is then heated a bit to remove the butane or propane (the hydrocarbons). Often this method requires no additional processing to get rid of wax or lipids but producers can also use winterization to further refine the product.

Finally, the real “cold press” would be ethanol, because plants are simply soaked in ethanol and then the ethanol is removed by evaporation in a vacuum to further reduce any heating of the product. This method often leaves in some byproducts, like chlorophyll, so a bit of additional processing is usually needed.

Supercritical CO2 is normally used to obtain just CBD in its purest form. Hydrocarbon and ethanol extraction methods can leave in other terpenes and cannabinoids that might be useful — or not. These terpenes are responsible for the aroma and flavor of the final product, so it really depends on what producers want to make. If you’re seeing broad spectrum CBD, it’s usually those extraction methods involved. Cold ethanol extraction will keep most of the plant’s chemicals.

As you can see, it’s a good idea to check out the website for the product you may be considering. Do they use plants without pesticide? Where is their hemp grown? How do they extract? How much of the plant is used? Then, it’s a matter of finding what works for you. This can involve a little experimentation, but it’s sort of like finding your favorite restaurant in town. You can do the research all day long, but in the end it’s what tastes best to you that counts.