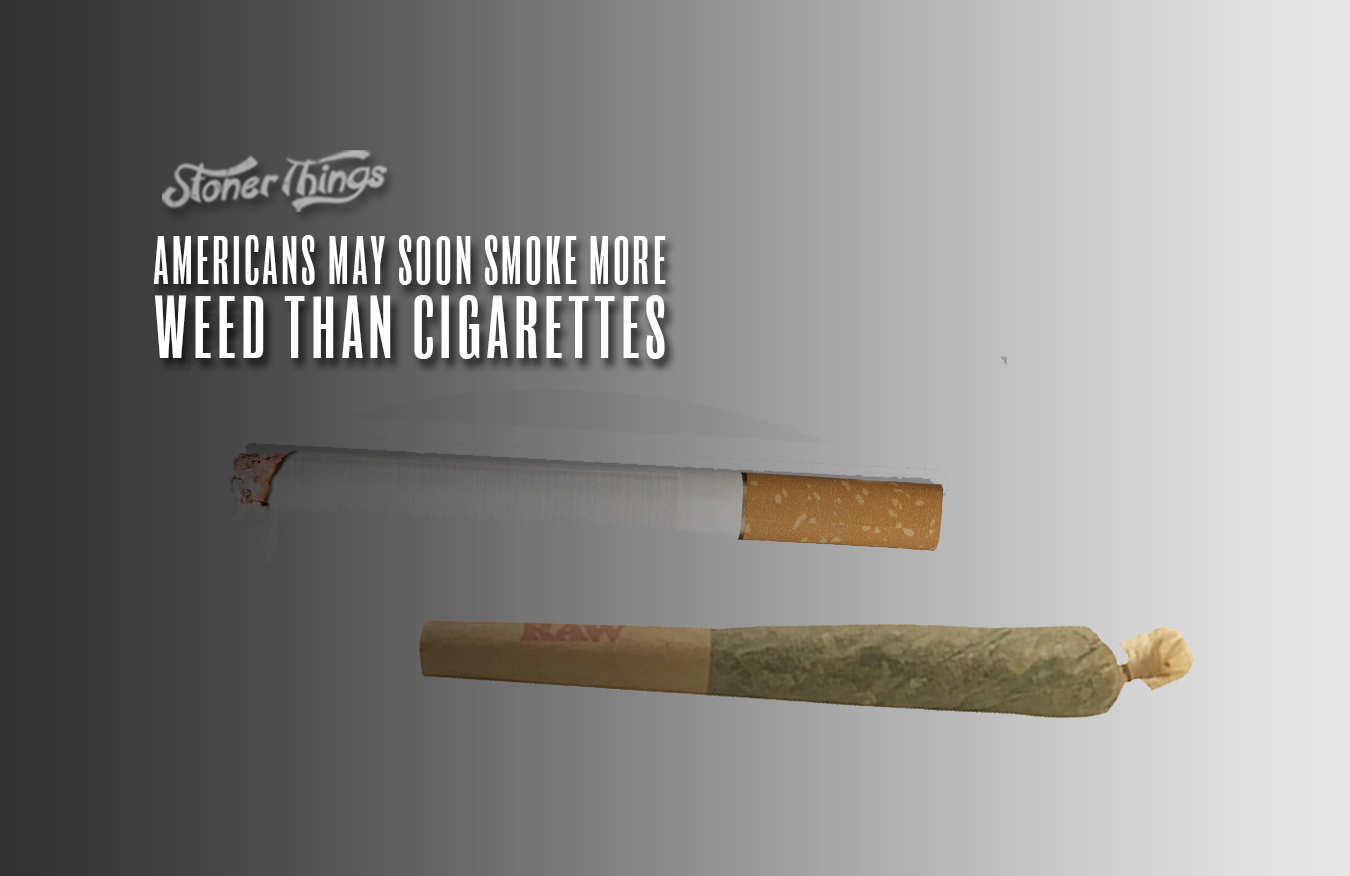 New generations are taking control. A recent Gallup survey reports that only 15 percent of adults have smoked cigarettes in the past week, just surpassing the 12 percent of Americans who say they currently use marijuana. There is much discussion on the reason behind this all-time low record of cigarette smoking across the nation. Some say it is an effect of higher prices and taxes for tobacco and nicotine products, while others credit the change to the marijuana industry.

Marijuana legalization benefits not only people who want to use the drug recreationally, but those who wish to use the drug as an alternative to a harmful substance they are addicted to. Marijuana has been used in cases of opioid withdrawal, nicotine addiction, and in other detox phases. It can be used to treat mental illness, chronic pain, and other physically illnesses.

Even those that are life-long smokers will agree that cigarettes are gross. In addition to a pungent smell, cigarettes also cause a wide array of health problems. Cosmetically, habitual cigarette smoking can cause wrinkles, yellow teeth, dry and discolored skin, and tons of other negative side effects that can cause a person to look much older than they actually are. People who have smoked cigarettes can also find themselves with lung cancer, emphysema, chronic bronchitis, and other deadly and painful diseases. Many people are now finding that when they are introduced to harmful substances, they are more likely to choose to use marijuana rather than cigarettes.

So, when one considers all of the negative complications both medically and cosmetically, it is only normal to wonder what sparked the popularity with cigarettes and why they are still around. Gallup reported in 1975 that over 45 percent of Americans have smoked a cigarette in the past week. Unfortunately, big tobacco companies were unregulated when they first came about, and targeted not only adults for their addictive products, but children as well. Before social media and the occurrence of what is known as “citizen journalism,” many people were not aware of the harmful effects that cigarettes can have not only on those smoking, but those around them as well. Today, we have the luck of being able to cause public outcry when it is discovered that any company is profiting off the harming of the public.

This “call-out” phenomenon was seen with the popular product Juul, where several studies came out claiming that there was an epidemic of vaping and nicotine addiction with the nation’s youth. Many individuals and groups that are against nicotine addiction and wish to protect children from the dangers of tobacco took to social media to spread the word and speak their outrage against the company. Since then the company has taken several steps to prevent their product from falling into the hands of children and taken many of their products off shelves.

This same storyline was seen with big tobacco companies in the 20th century, but at a much slower rate. Unfortunately, many people had already become addicted to smoking, and not much could be done. It is most typical for those in older generations to still be using the same tobacco products that were unregulated during their youth, because the products caused an addiction that could not be kicked.