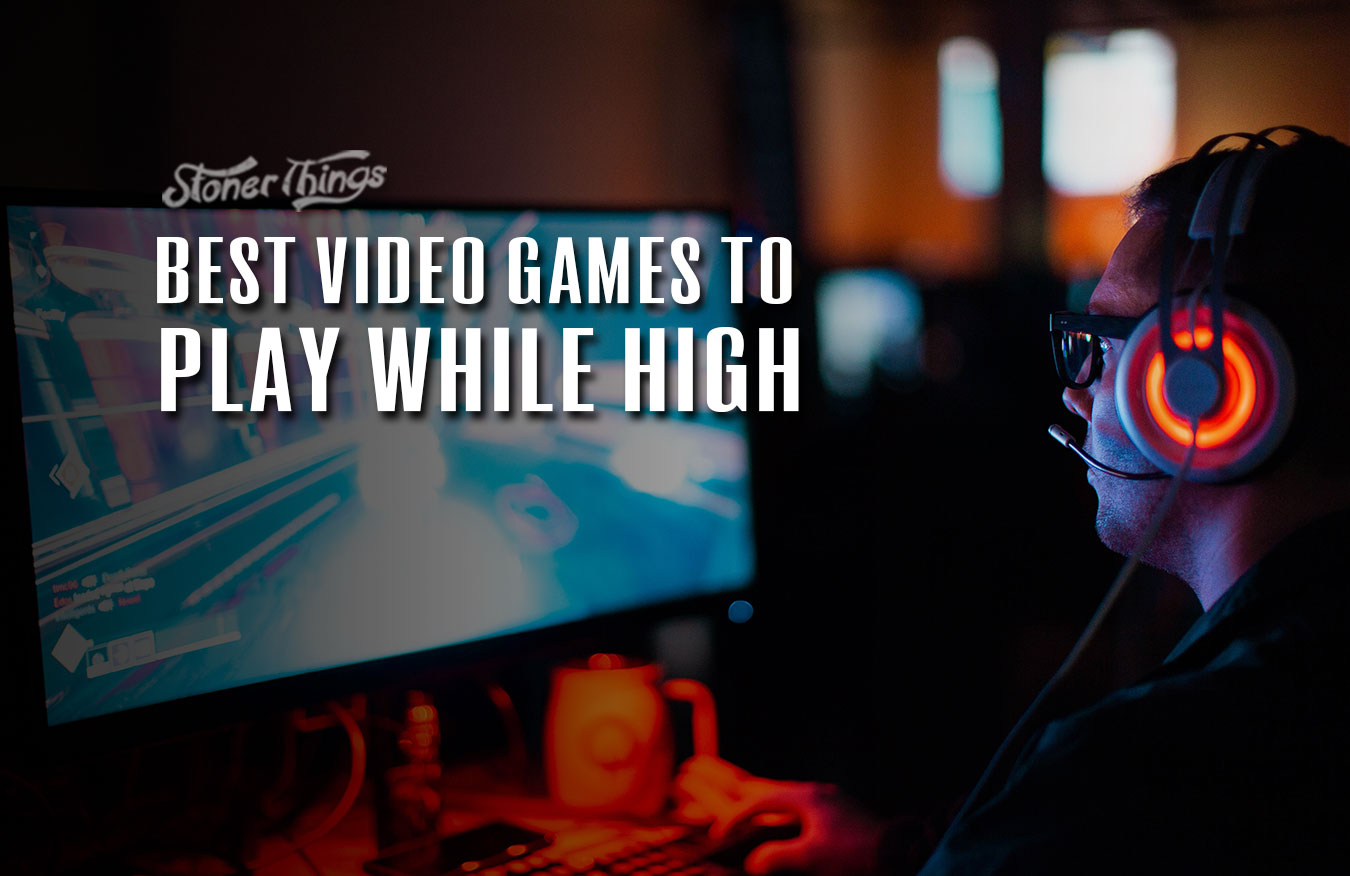 One of the many things you can do while high is play video games, and let’s face it, lots of people do. But some games might be better suited to your sesh than others. It’s unlikely that you’d want to play something like Dark Souls or Resident Evil, or even Five Nights at Freddy’s in VR — but you might. However, we’re going to look at some games that are especially good when you’re lifted, either because of their sounds, visuals, or gameplay itself. For many, loud, intense, or scary games are not the way. Here’s our selection of some of the best video games to play while getting high.

First, let’s talk about a few VR “games” that are just pure audiovisual fun. First up there’s Particulate, arguably the best VR game to play while high, which is currently only compatible with the Oculus Rift, but can work with the Quest 2 as well. You can manipulate particle generators with your hands in a way that makes you feel like a wizard harnessing the powers of the universe, and while it’s mostly just a toy, it’s surprisingly addictive and fun.

Where Thoughts Go: A peaceful reflection on VR isolationism, available on Oculus Quest

Another VR experience is Where Thoughts Go, which is a chill 3D world where strangers can record audio and place them in orbs that float through a soothing landscape. Grab an orb and you can hear the audio. If you’re just wanting to actually chill, there’s Meditation VR (in early access at the time of this writing), which basically sends you into a beer commercial, complete with sitting on a beach on a gorgeous island surrounded by nature and watching the tide roll in.

A game for almost every platform that’s trippy, chill, and quite the experience is Everything. You play various creatures, and can move between different ones, interacting with the procedurally generated world. You shift shapes, sizes, forms — it’s kind of weird, but relaxing. And if you need to really focus on chill, try Tripp, obviously made for more than cannabis, but worth a look for the visuals and “game” play.

Tripp: An interactive experience designed to help you feel calm and focused

Speaking of meditation, if you’re wanting to practice while high, Playne has been out for a bit but the VR version was recently released and promises to be just as great as the original. As you meditate, your “island” grows and flourishes. It’s also a great way to start the habit of meditation!

A sort of meditative practice for thousands appears to be one of the most-played games in existence, and some even argue it isn’t a “game” at all: Minecraft. Yes, MineCraft is surprisingly chill, and even fun to watch others play if you’re high. There’s the fun of building things, the laid-back audio (OK maybe not in the Nether), and the simple mechanics along with a build mode that allow you to kick back and relax, even listening to other music or watching a show while you play. It’s not just a kid’s game!

The Legend of Zelda: Breath of the Wild: A bold reinvention of a much-loved classic.

Nintendo’s game offerings have always tended toward the family-friendly, although the Switch has brought a few more adult titles to the console (Skyrim and Thief, for example). But many tokers enjoy the first party titles, like any Mario game, but especially Super Smash Bros or Mario Kart. If you’re still going for chill, there’s Breath of the Wild to last you hours upon hours, even if you just want to ride your horse around.

Naturally, Nintendo isn’t the only one with great game franchises, and one of the best overall is Mortal Kombat. Yes, this is the opposite of “chill” but the fights and finishes are just incredible, the retro versions are super satisfying, and you can play against friends. Killer Instinct and Tekken 7 are also outstanding fighting games to play with friends with outstanding visuals and excellent mechanics.

Then again, if you want cool visuals there are cool games like Rez, Geometry Wars, and even Katamari Damacy, which is also hilarious. Kentucky Route Zero is another “this game is different” type game, with humor, a unique art style, heady topics and essentially is a work of art in game form. Then there’s Journey, sort of a more artistic, engrossing version of Breath of the Wild but with striking visuals and music that evolves with the gameplay and the possibility to play online with a stranger. Monument Valley has amazing, M.C. Escher-esque visuals as well, but only play if you like puzzles. And for pure visual sweetness while zonked, give Gardenarium a whirl.

Kentucky Route Zero: An adventure game about a group of characters traveling through Kentucky.

If you’re into retro games, there are lots of options across various platforms, from pinball to classic titles. There’s also an entire genre of retro looking games, and some are great for just relaxing with. The consensus is that Stardew Valley is the best for this, although Animal Crossing may appeal to some. In both games, you can spend all day fishing. Then again, the Wii had some great fishing games.

Speaking of classic games, there are only a few classic weed-themed games. HappyWeed was an old Macintosh game like Pac-Man but with weed imagery. Then there’s the classic Dope Wars, where you buy and sell all manner of drugs from town to town.

These days cannabis is less taboo as a topic, and has been incorporated into video games. Not just like when characters in Grand Theft Auto smoke it, but as in actual marijuna growing simulations. Yep, there’s a 3D game called Weed Shop for iOS, and there’s a Weed Shop 2 and now Weed Shop 3. From seed to sale to smoking in virtual reality, there’s pretty much a game for any mindset while partaking.

So that’s our round-up of the best video games for stoners. Let us know which of them you’ve played, what you thought, and any others you feel should have been included.