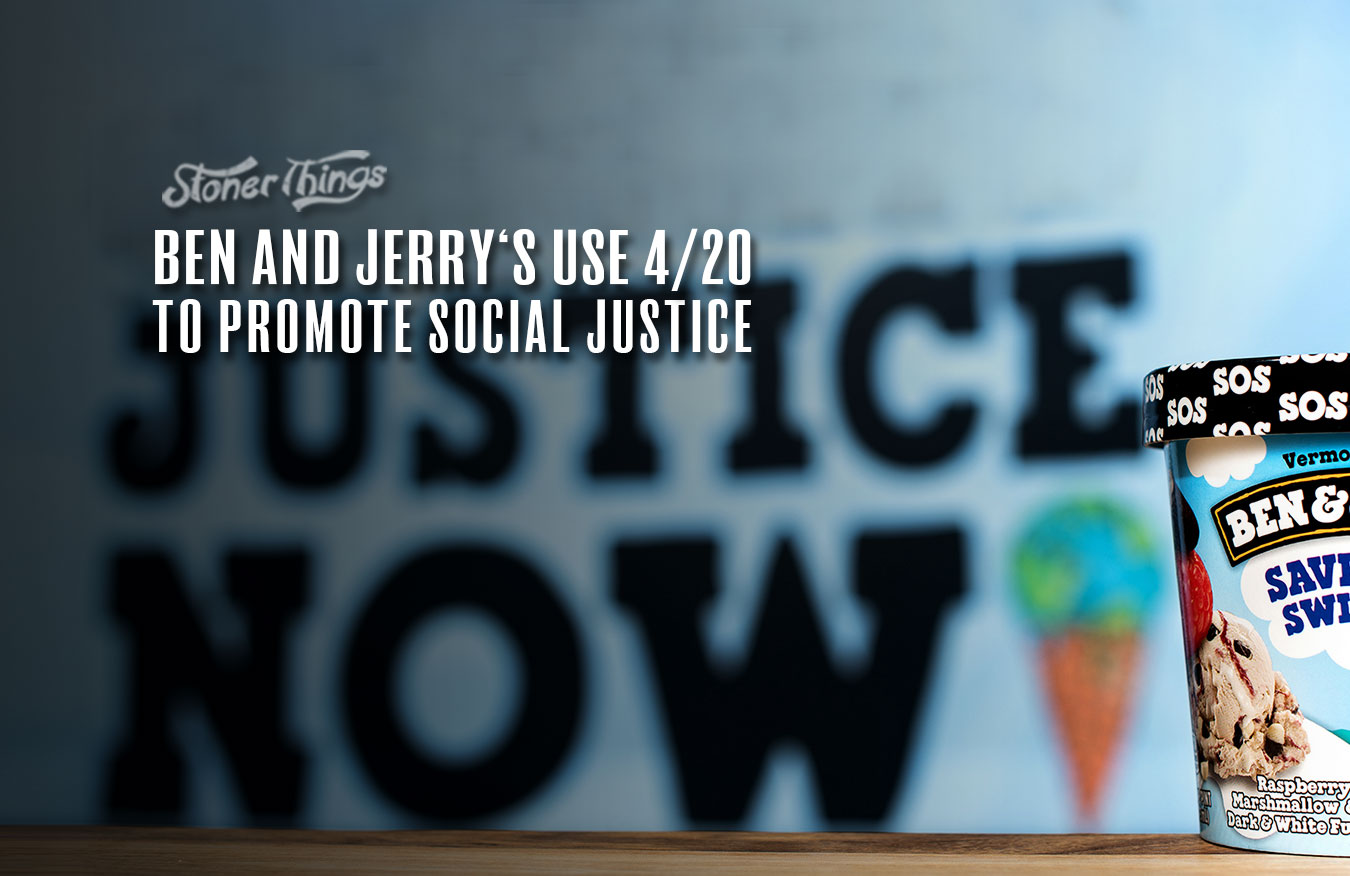 Believe it or not, there are Ben & Jerry’s superfans. The brand definitely has a cult following, in addition to the occasional purchaser given the brand’s wide distribution of its fun-filled ice cream products. It’s founders are unabashed hippies, which you might have gathered from flavors like Cherry Garcia and Phish Food. As a result, the company has been pro-pot for some time. This year, for 4/20 the company focused primarily on marijuana reform and its social justice impact. It’s in contrast to the largely commercial approach other brands took.

Ben and Jerry’s could have taken the easy commercial route, that’s for sure. Its ice cream is well-known as munchie food given the generous helpings of “add ins” in the ice cream it makes. Their signature concoctions can have a whole tin of cookies in them, or salty components to contrast with the sweet. And the company announced last year an intent to create CBD-infused foods once the Federal ban has lifted. So far, those haven’t materialized but the company is using its megaphone to fans and customers to consider what justice reform for cannabis laws entails.

It’s hard for us to get excited about #420 when so many people of color are still being arrested for cannabis. We have to do better. Learn more: https://t.co/cDd2GrE9OT pic.twitter.com/aA8JBFyume

Last year’s 4/20 had Ben & Jerry tweeting a video pointing out that most of the people profiting off legal weed were white. The call in 2019 was for Congress to pass a law that expunges the records of anyone who had a minor cannabis possession conviction. That’s an idea that has been gaining a lot of traction lately, and Bernie Sanders made an explicit promise to do just that (although it’s unclear if he could have done it without Congressional approval). In 2018 the ice cream maker posted a blog post talking about cannabis arrests, and how they disproportionately affect people of color.

This #420, we're joining the @ACLU to talk justice. Specifically, justice for the people of color that cannabis legalization has left behind. Get the full scoop and take action now: https://t.co/FolxgtEUgY pic.twitter.com/apz0swYIsr

This year’s specific call is for Congress to pass the MORE Act, expunging cannabis convictions while also making it legal henceforth. As the blog post points out, San Francisco and Seattle have already been doing this, and it seems to be working just fine. Other cities are just not prosecuting cannabis possession cases as well, although this is just a component of the largely racial inequality that is being represented by the cannabis corporate makeup at large. For that to change, a federal law would have to be enacted.

The MORE Act also contains provisions that would usher in a Renaissance of small businesses working in the cannabis industry, but with a trust that would focus on undoing the damage from the War On Drugs, which especially hit minority communities across the USA.

It’s possible that Ben & Jerry’s won’t have to wait much longer to see real change in cannabis laws, and it’s good to see the company using its bullhorn to advance the idea of justice. It’s something we might forget if we weren’t impacted, and it’s another chance to set the record straight after the disastrous War on Drugs.