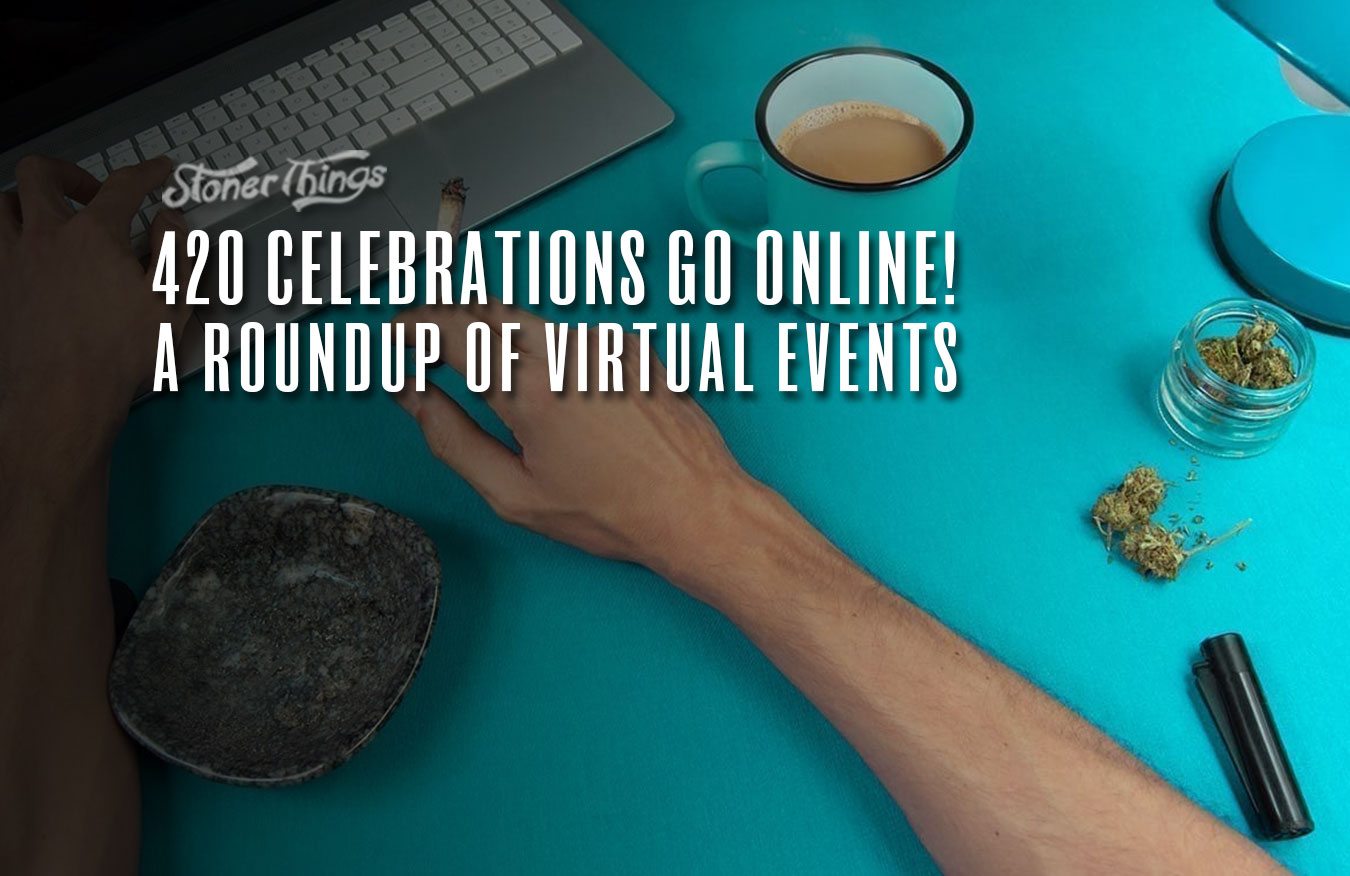 We’re in the midst of the first wave of the COVID-19 pandemic and large social gatherings are out of the picture in most places around the world. At least, physical gatherings are on hold for safety’s sake. Instead, we’re seeing virtual gatherings for 4/20 — and a host of other events. Just as Zoom became a hugely popular video conferencing tool, online celebrations are now becoming a fact of life as we wait for a vaccine for the novel coronavirus.

Performers have been hard hit by stay-at-home orders, along with service industry workers who supported the businesses where we used to go to shows. As millions of those service workers file for unemployment, performers are getting creative about ways to ply their trade in isolation. Forbes lists a few of the cannabis-related online events that took place on this year’s 4/20, notable especially for the fact that 4:20 local time also fell on the 20th day of the fourth month, but also because this is 2020, thus 4:20 on 4/20/20 is also the fourth month in the 20th year after 2000… so, it’s technically 4/20 all month.

Anyway, look for online celebrations to be the only avenue for the next several months. Some celebrated 4/20 at home, or with roommates, like a number of Verge employees. Hanging out with friends virtually is definitely a way to enjoy the month-long holiday! But let’s look at some of these online events.

Willie Nelson has long been an outspoken cannabis advocate, and was virtual host of a 4-hour-and-20-minute livestream on that special day. The Luck brand of liquor sponsors a number of “shows” for its website, Luck Reunion. A clever idea, made all the more special by the fact that, at the end of the show, a bunch of videos of people passing their smoke to the left culminated in Willie accepting it, and smoking. In theory, you just had a sesh with the Red Headed Stranger himself. Sort of.

Snoop Dogg, of course, had a livestream on 4/20 as well. It was mostly him being a DJ on Instagram live, but hosted by his company Merry Jane.

There were some fundraising “events” as well, like Chelsea Handler’s “Get Good Weed” workshop. She partnered with shop and magazine Miss Grass to inform and entertain viewers. It was a mix of an online sesh and lecture series, with topics ranging on just about everything from history to sex. The sales profits made by Miss Grass during the event  went to the Last Prisoner Project.

Cannabis brands of all sizes tried out the virtual presence fun, like luxury brand Canndescent, which had a yoga session in the morning and DJ session at night. Cureleaf had a similarly enlightened slate of programming lined up, discussing progressive and insightful topics on its Instagram live feed. There was also a Great American Sesh In, which had a bunch of sponsors and some great celebrity talent — all there to support healthcare workers on the frontlines of the COVID-19 response.

Obviously 4/20 wasn’t quite what event planners were hoping for just a few months ago. In light of how much of our lives have had to change lately, it’s somewhat of a relief to see technology used to bring us together in some small way. We’re going to be celebrating virtually for a bit longer, so why not participate in April 2020 while helping various good causes? Hopefully by April 2021 we can start to return to normal events again.