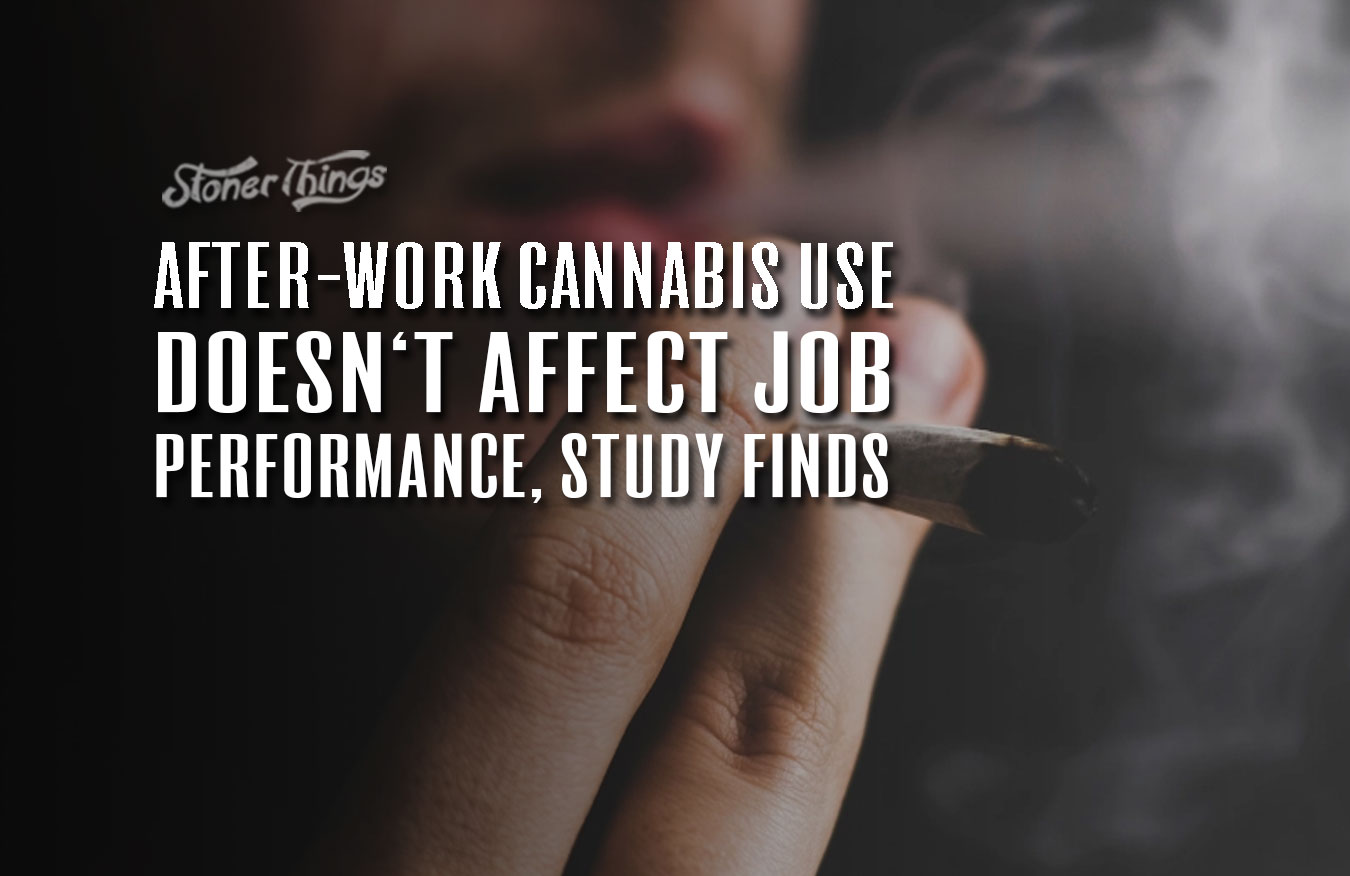 Back in the 1980’s, the airwaves were full of anti-drug propaganda. Sure, there was “Just Say No,” but that phrase wasn’t the only thing — there were “shocking” videos of how drug use could ruin your life. At one point, there was an ad featuring a surgeon getting high while his patient was on the operating table,  the point of which seemed pretty obvious, except that not that many people work in a life-or-death job like surgeons. It’s also unlikely any surgeon would smoke a joint before or during surgery. Since weed is legal in several states, we’re at last getting proper study about cannabis, and it’s dispelling all sorts of bad mojo from the dark ages of the War on Drugs. Case in point: A new study shows using cannabis after work doesn’t impact your performance at work. Like a nice cold beer after a hard day, it’s just a way to relax.

Businesses have probably been wondering just how off-hours consumption of cannabis affects their employees for some time. But because of the drug war, it was practically impossible to do a proper study. Now that weed is legal in several states, the journal Group and Organization Management has published a study to see if cannabis has an impact when consumed before, during, or after work. Researchers at San Diego State and Auburn worked to determine how productive employees were if they were using cannabis.

The study focused on a few specifics: task performance, willingness to help, and counterproductive work behavior. The study involved a survey of 281 employees. What were the findings? In essence, while smoking pot on the job is likely to make you less productive and effective, smoking after work seems to have little-to-no bearing on your success at work. Again, it’s really no different than having a beer after work. Except that alcohol has lifelong health risks, but that’s another story.

One of the study’s authors also suggested that some types of cannabis may increase performance at work, depending on the job. For example, if someone works in a stressful job or is stressed at work, having a bit of cannabis on break could relax someone so that, “the relaxation induced by cannabis may help employees restore energy spent during the day and they may subsequently return with more stamina to devote to their job once they are back on the clock.” After all, isn’t that what tobacco smokers do when they take a break? Having a moment to calm down and collect themselves before slogging away again for who knows how many hours? Perhaps in the future “smoke breaks” can include cannabis.

The deputy director of NORML, commenting on this study, points out that a lot of pre-emptive testing for pot is a holdover of the drug war days. The assumption by employers is that anyone smoking weed is going to provide tpoorer performer than someone who doesn’t. But this study casts doubt on that claim, and could even show the opposite is true. Americans are notoriously bad at self-care, and often can’t afford therapy. Why not enjoy some cannabis to calm down after work?