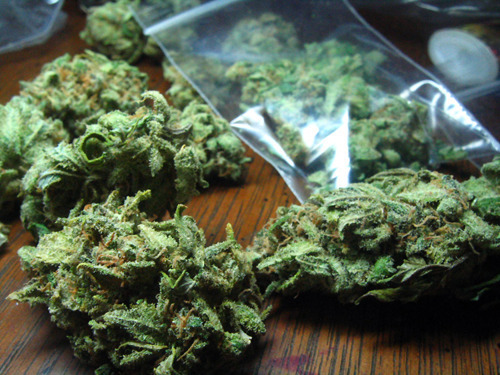 A 450-pound man was arrested in Florida after police said they discovered he was hiding nearly an ounce of weed in his stomach fat.

Christopher B. Mitchell, 42, was a passenger in a car stopped by a sheriff’s deputy in Volusia County, Fla., in June. The deputy pulled over the car because Mitchell wasn’t wearing a seat belt.

Asked why, Mitchell said he was too fat the buckle himself in. The deputy returned to his cruiser, ran a warrants check on Mitchell and the driver, and learned Mitchell had been released from prison a decade earlier after serving a sentence for cocaine trafficking.

The deputy returned to the car and asked Mitchell and the driver if they had any illegal drugs or weapons. Mitchell said he had a handgun in the center console of the car.

Traffic Stop Leads to Search, Which Leads to Belly 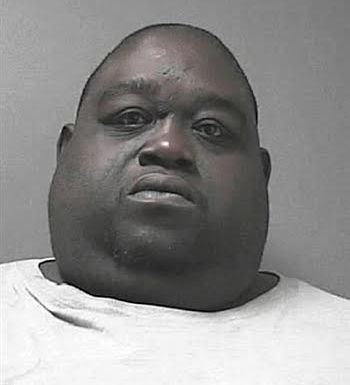 According to the deputy’s report, Mitchell and his companion behaved nervously throughout the traffic stop. The deputy ordered the two men out of the car and brought in a drug-sniffing dog and two fellow officers.

The dog detected illegal drugs, according to the sheriff’s department. That discovery led to a full search of the car, which turned up marijuana residue on the front seat and front passenger door pocket, along with a gram of cocaine, the department said.

Deputies also found the .380-caliber semi-automatic handgun and $7,000 in cash inside a tube sock, according to the department. But they made their real discovery when they searched the men.

“During the search, [one of the deputies] located a plastic bag containing approximately [20] grams of suspected raw cannabis located under Mitchell’s stomach fat,” the report from the incident says.

All told, deputies said they found 23 grams of marijuana during the stop. They also found more cash in Mitchell’s pocket, according to the department.

The driver, Keithian D. Roberts, allegedly told deputies the cocaine and tube sock were his. He was arrested and faces a cocaine possession charge. Mitchell was charged with marijuana possession and given a citation for failing to wear his seat belt.

Mitchell’s size apparently earned him a few nicknames in prison, though he weighed less than 300 pounds at the time. Among them: “Biggie” and “Fat Boy.”