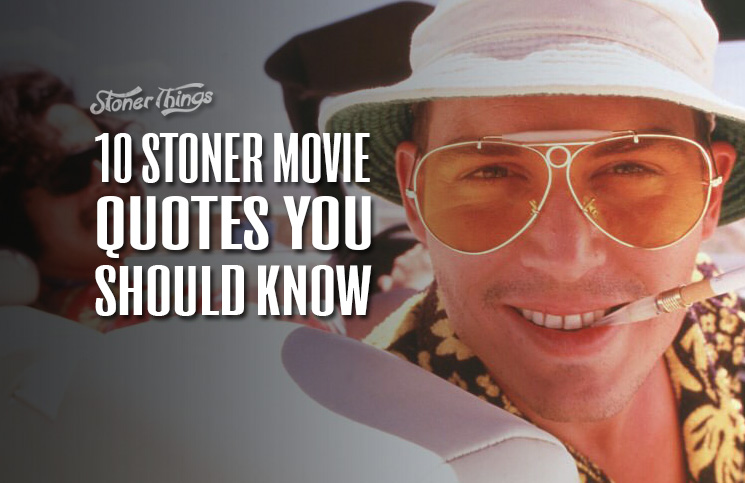 Stoner movies are as much a part of cannabis culture as bongs and hemp apparel. There are few things that are as enjoyable as chilling in front of the wide screen while enjoying your cannabis preparation of choice, and infamous stoner quotes just make the entire experience even more memorable. Here are some of the more noteworthy stoner quotes from some of the most revered movies in stoner culture.

Starting out the list is the stoner classic Dazed and Confused, in which perpetual high school stoner David Wooderson (played by Matthew McConaughey) asks Mitch Kramer (played by Wiley Wiggins) if he has a joint. After receiving a negative answer, Wooderson says something that most stoners would agree with: “It’d be a lot cooler if you did.” 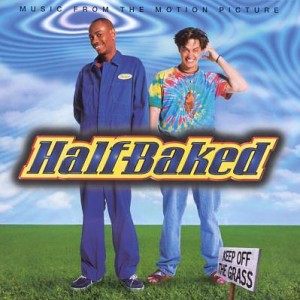 In another revered stoner classic (they’re actually all stoner classics when you think of it), Half Baked, Sir Smoke-a-lot (played by Dave Chappelle) blurts out: “I wanna talk to Samson! Fly me to the moon like that bitch Alice Kramden.” Yes, we’ve all been there Sir Smoke.

3. Fear and Loathing in Las Vegas

Responsible for triggering more than a few relapses and causing a wave of craving when it was released, Fear and Loathing in Las Vegas was packed full of memorable quotes. For stoners however, it is perhaps Raoul Duke’s (played by Johnny Depp) listing of their drug stash that is most inspirational of all. Comprising weed, as well as a bewildering assortment of pharmaceuticals and mind-altering substances, the list is something that almost any stoner would love to receive in a Christmas stocking.

The quote is pretty long, so we figured we would just show you the clip instead.

Winning points with weed aficionados everywhere, Smokey (played by Chris Tucker) echoes what is probably on the mind of every stoner every time Friday comes along: “I know you don’t smoke weed, I know this; but I’m gonna get you high today, ’cause it’s Friday; you ain’t got no job… and you ain’t got shit to do.” 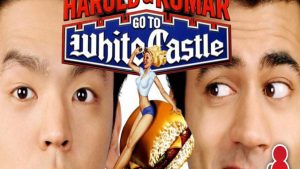 Equally reverential to weed and White Castle burgers, Harold and Kumar Go to White Castle is also packed with memorable one-liners. In one particularly memorable bit of dialog, Harold (played by John Cho) asks Kumar (played by Kal Penn): “Dude, am I really high, or is this actually working?” The answer? “Both”.

No list of stoner quotes would be complete without an example from the pair who started it all. From Pedro De Pacas (played by Cheech Marin) comes this gem: “Is that a joint man? That there looks like a quarter-pounder.” 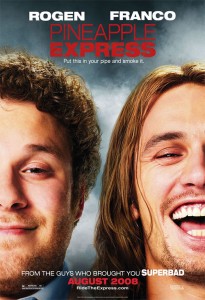 A modern-day stoner classic if there ever was one, Pineapple Express is also jam-packed with memorable quotes. One favorite is Red’s (played by Danny McBride) reaction to his high: “I’m trying to decide how stoned I am and just how on the verge of death am I right now. Like, am I seeing shit because I’m stone or because I have no blood left in my body.”

Winner of the rhetorical question award goes to Mr. Hand (played by Ray Walston) who asks the timeless question: “What are you people? On dope?!” 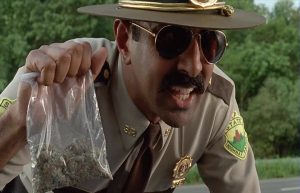 So bad that it was good, Super Troopers is a movie that should top any stoner’s ‘must-watch’ list. One particularly noteworthy quote comes from College Boy 2 (played by Joey Kern), who said: “You must have eaten like 100 bucks worth of pot, and like 30 bucks worth of shrooms man. So I’m gonna need that 130 bucks, you know, whenever you get a chance.”

Finally, Grandma’s Boy is a film made more notable by the addition of this winning line by Dante (played by Peter Dante): “I’ll smoke it with ya bro, we’ll go to the loony bin together. I don’t give a fuck.”