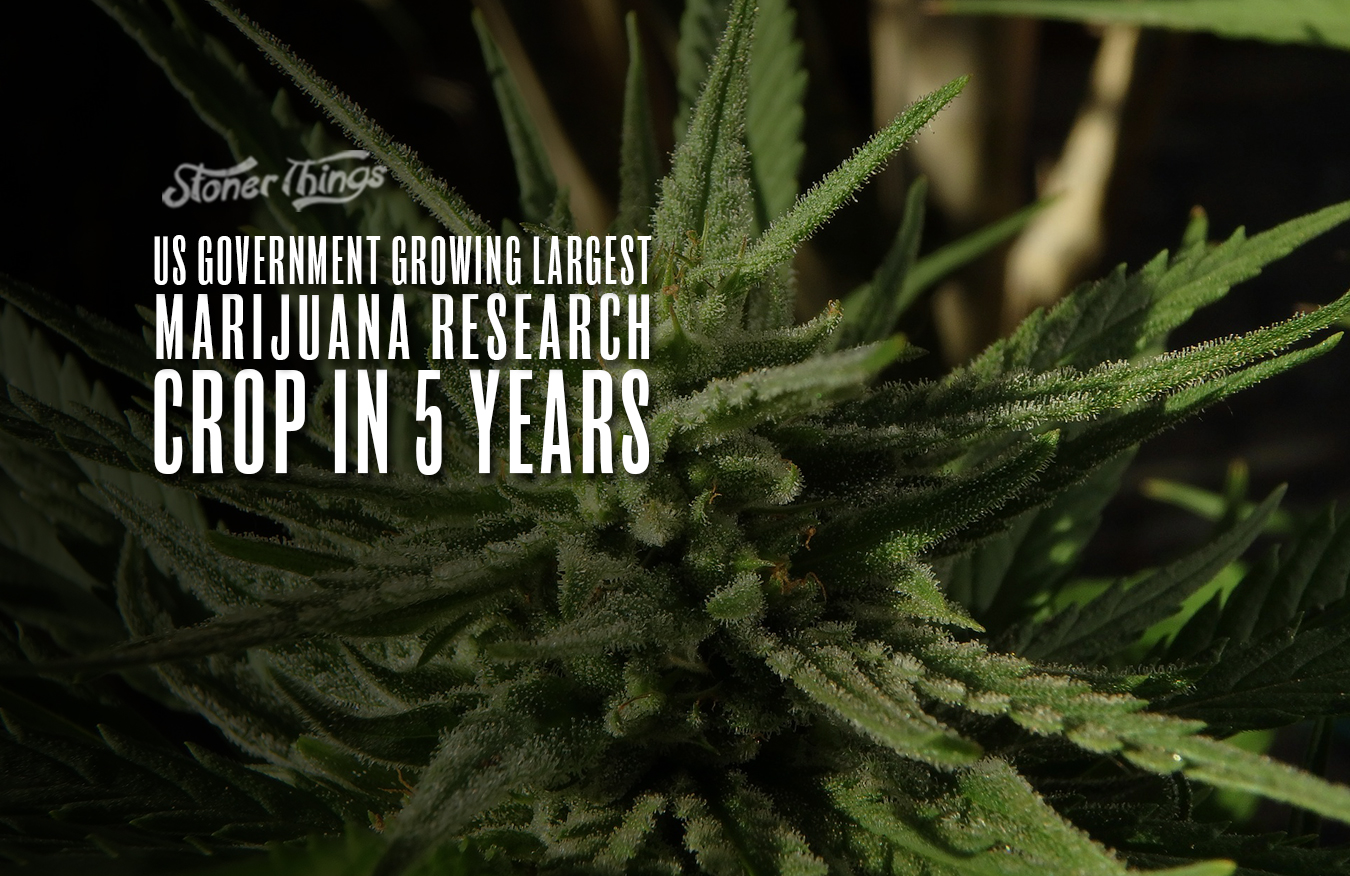 For decades, the U.S. government had prohibitions on cannabis research. Whether it was for political reasons or simply due to the legality of the situation, research at the federal level was extremely limited for quite some time. Obviously these are different times, and as states are legalizing the Fed is realizing research isn’t a bad thing. So now the government is growing its largest marijuana crop in 5 years — but why?

Aside from states dismantling the harmful and wrongheaded prohibitions, the biggest change in the world of cannabis has been an increase in potency. This increase in potency is largely due to a boom in cultivation, with new strains regularly appearing to cater to increasingly novel tastes. And potency could be THC or CBD, or even lesser cannabinoids that are shown to have specific effects. Either way, the cannabis industry has exploded with new “product” on the market, and that’s thanks to states that have legalized cultivation, paving the way for innovation.

This larger crop by the government is addressing the need to research these more powerful strains of cannabis. The plants are cultivated in Mississippi, long the Fed’s plot of land designated for marijuana cultivation and research. Obviously the Feds have noticed the boom in CBD-based products, and the rise in potency. Now, they’re hoping to get their own data on how CBD works and what effects it has on people. The crop is reportedly being split between high-potency THC and CBD plants. The total size of the crop? The AP reports over 4,400 pounds will eventually be harvested. That’s big.

The National Institute on Drug Abuse is the group tasked with the operation, but doesn’t take a stance on policy. This is purely a resource, and is tasked with providing marijuana plants to researchers in a Federally-legal manner. While there is reportedly a backlog of applications for permits to grow pot for research in other places, it appears the government is dragging its heels on approving those. In fact, the government is still sending out frozen plants grown in 2014!

Still, it’s a good thing the government is at least making an attempt at continuing research in this area. By growing more plants with higher potency, the research that follows could help strengthen the case to end prohibition at the national level. Interestingly, while the government is growing more this year it says that the demand for Federal weed hasn’t gone up. According to the Associated Press, for the past nine years the number of researchers has only varied from eight to 21. It’s likely that independent research in states where cannabis is legal has filled in places where demand has gone up for research plants. Some growers will do their own research, or work directly with institutions that perform research. Still, the availability of “government grown” for labs that have to use Federal dollars for their work will have an impact, and hopefully continue the work of scientists before them.