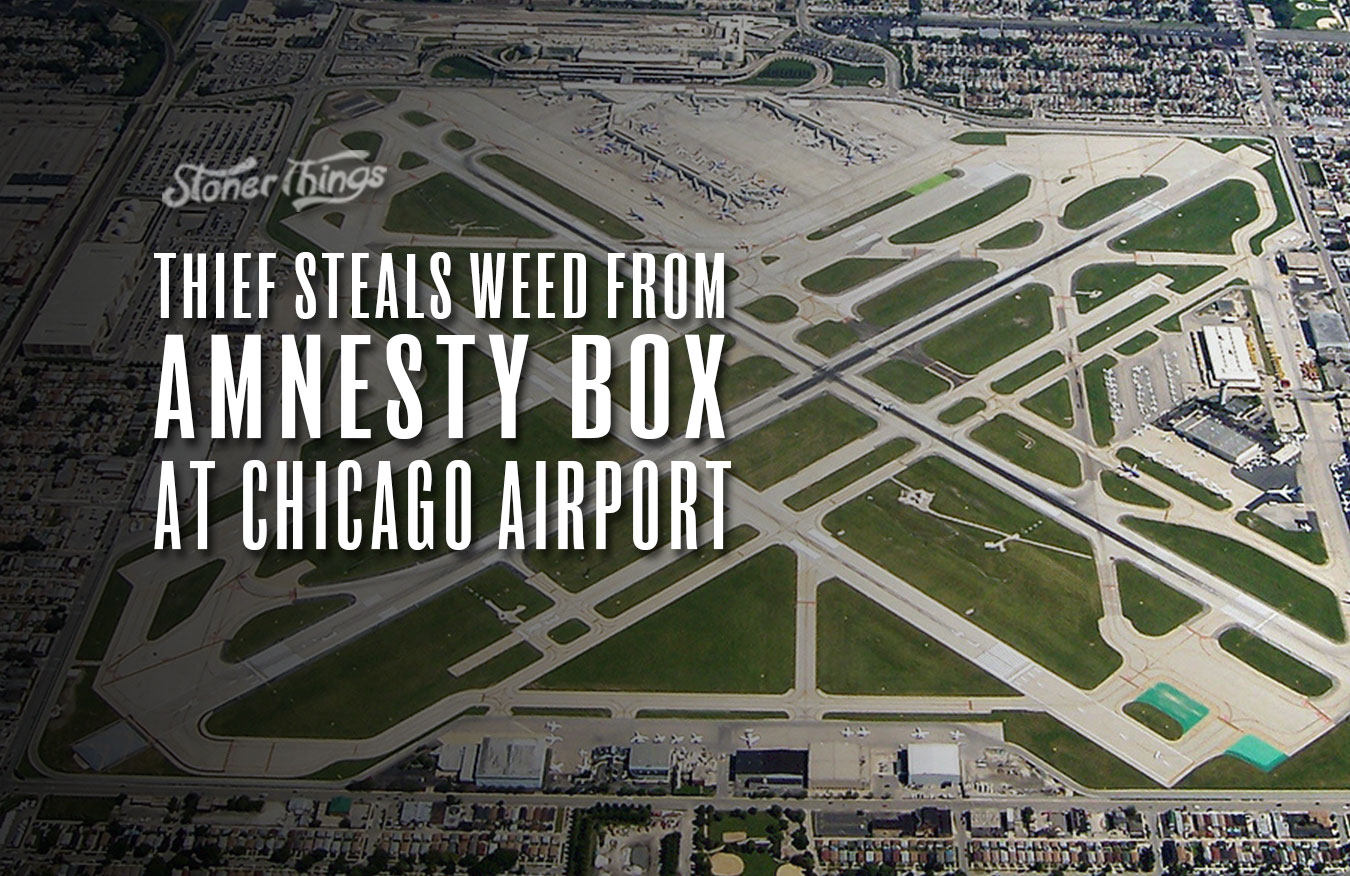 Have you wondered about what happens if you show up to the airport in a state where weed is legal and you forgot to ditch what you purchased? If you didn’t know, flying the friendly skies — even between states where cannabis has been legalized — is still unsafe when it comes to transporting marijuana. Unsafe in that it’s still illegal. Because federal laws haven’t kept up with the growing list of states that have legalized, it means that inter-state travel with bud is still a quick way to get into legal trouble. So what do you do if you show up to the airport and still have some flowers in your pockets? Dump them in what’s called an “amnesty box,” of course. Except someone in Chicago decided to puff, puff, take instead of give. 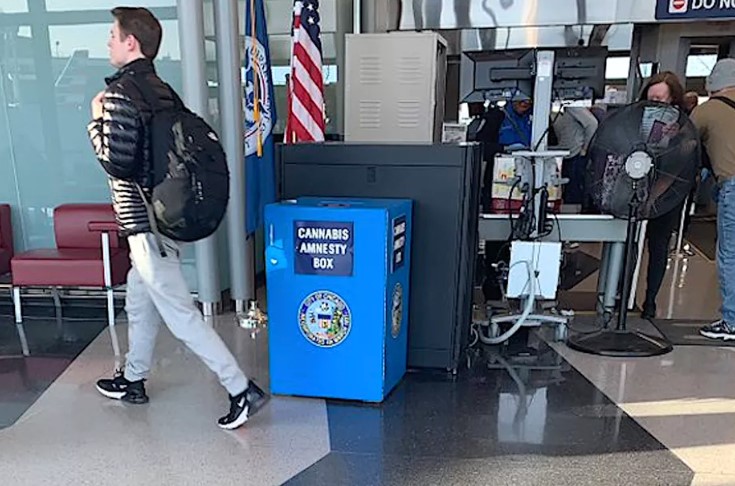 The Chicago Sun-Times has a photo of a big, blue amnesty box at an airport. Presumably, this is where you drop your goodies off so you don’t get in trouble. And, presumably, these are locked and impenetrable for any casual passers-by. Yet somehow an unidentified individual managed to pilfer one, grabbing an undetermined amount of weed before jetting off to who-knows-where. The boxes are managed by the Chicago Police, but are provided by the city’s department of aviation. Either way, they’re also temporary while “tamper proof” versions make their way through production.

This incident didn’t happen at O’Hare, however, one of the world’s busiest airports. It happened at Midway, which a lot of people probably didn’t realize exists. Whereas O’Hare has a dozen or so of these blue boxes, Midway has only one. In theory, it would be a relatively simple detective case to see who opened it up. But so far there haven’t been any reports of arrests.

Still, the Chicago police have said they’re not interested in arresting anyone for legal weed. But since this is considered theft, they’re looking into it. Perhaps one day these boxes will be relegated to museums about prohibition.