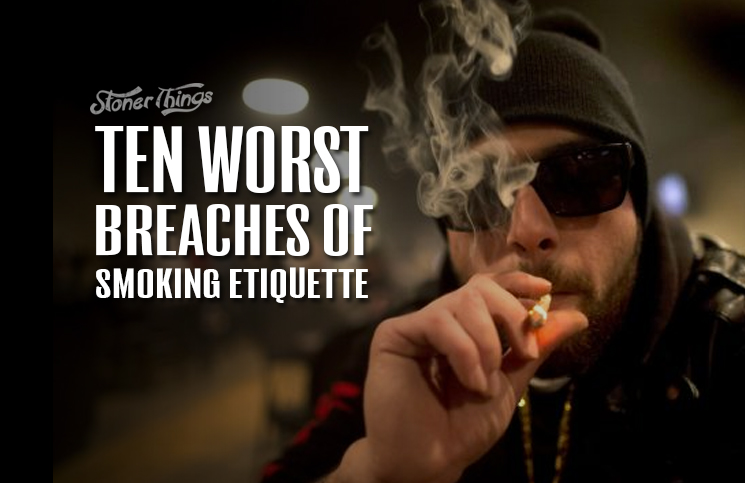 Smoking weed is often a social activity, with groups of people congregating around their special herb. Whether it is a bong or a joint being passed around, there is just something about weed that brings people together. 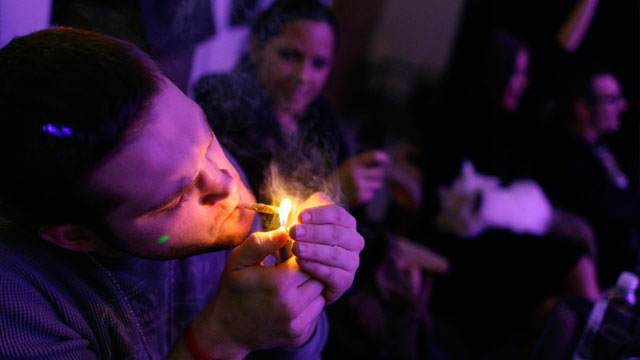 That being said, there are certain rules and codes of behavior that determine acceptance into a smoking circle. Most of the rules tend to be of the unwritten/unspoken variety, but they are usually taken very seriously. Some things are simply forbidden in the social world of the pot smoker, and some activities that are looked upon with great disfavor by the collective smoking community.

Talking too much is a sure sign of a noob. Nobody likes it, and nobody appreciates it. You don’t have to maintain a strict code of silence while smoking of course, but it would be best to keep the chatter to a minimum.

Slobbering on the joint or pipe

This is another sign of a rank amateur. Make sure you don’t get the joint or the mouthpiece of the pipe wet with your saliva. There is nothing worse than being passed a joint only to find that it is soaking wet when you put it in your mouth.

Again…noobsville. Everyone coughs from time to time, but for Cheech’s sake, get a hold of yourself. Not only will excessive coughing draw attention to your little group, but it will also bug everyone else.

Holding on to the pipe or joint

Don’t bogart that joint/pipe/whatever. Everyone is smoking up for the same reason you are, and holding on to the weed past your reasonable turn is just unacceptable. When in doubt, follow the “puff, puff, pass” rule.

Cutting into the line

In some parts of the world, the general rule is to “pass the dutchie ‘pon the left hand side”. You can specify your own rotational direction of course, but the point is to keep it going in a circle, without hold up at any point. Passing a joint to the wrong person and accepting the joint out of turn are both equally unacceptable.

Repeatedly saying how stoned they are

Yes, we get it. You are stoned…that’s pretty much the point isn’t it? ‘Nuff said.

Messing up the joint

Simply put…if you can’t roll properly, pass on the job to someone else who’s got the skills. Learn to roll on your own time and with your own weed. You should also make sure that the joint is still in a smokeable condition when you pass it on.

Bumming off everyone else

Weed is meant to be shared, but don’t abuse the privilege. If you smoke in a group, be prepared to shell out from time to time.

What is it about pot smokers and lighters? Either you’re losing them or picking them up. it can be a challenge to keep track of lighters of course, but do resist the urge to hold on to lighters that aren’t yours.