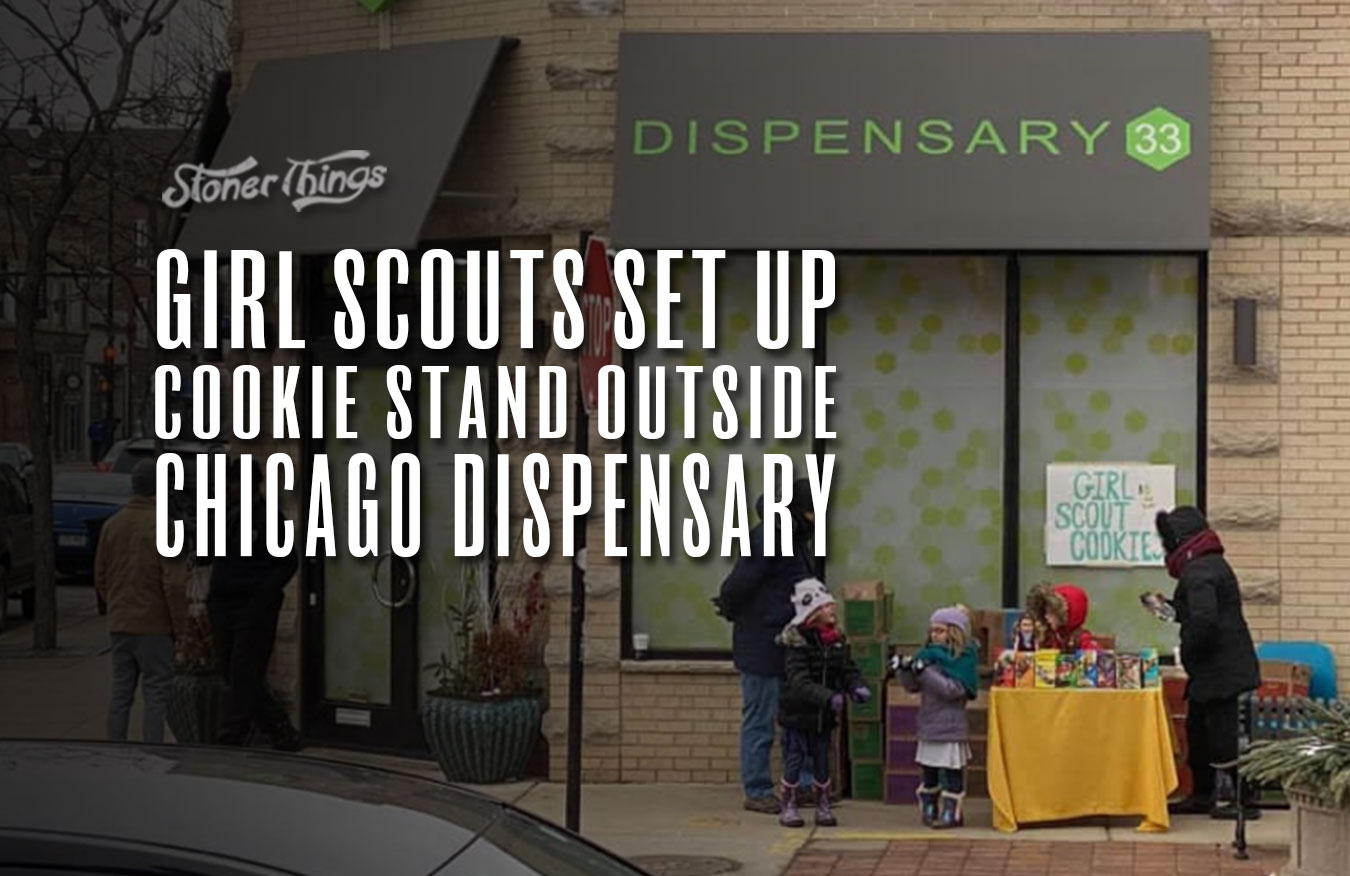 There’s a long running joke about how Girl Scouts should sell their cookies outside dispensaries. In fact, long before weed started to become legalized across the U.S., stoners everywhere knew that the seasonal treats were some of the finest snacks for when you get the munchies. Girl Scouts, being smart business women, have clued into this notion and have adapted as marijuana went from medical to recreational in several places. At certain times of the year you may see girls selling these cookies as you walk into grocery stores, so why not dispensaries? A troop in Chicago did exactly that in February, taking advantage of the fact that Illinois only recently legalized recreational use.

This isn’t the first time clever Girl Scout troops have set up shop outside a smoke shop, either. A couple of years ago a San Diego store ran a promotion on Instagram, sort of partnering with a scout who had set up next to Urban Leaf — and she sold hundreds. In 2016, a scout set up a table outside a dispensary in Oregon with the sign, “satisfy your munchies.” That same year a couple of scouts in Albuquerque, New Mexico did the same and sold more than 60 boxes.

The Girl Scouts as an organization have basically turned a blind eye to the selling, acknowledging that while it may shock some, it’s within the rules — and frankly a brilliant idea. Pot smokers are people like everyone else, and it’s not like customers are walking out blazed and hungry. In fact, they’re just reasonable people planning for the inevitable. The organization officially gave it’s OK once it saw numbers of scouts doing the same thing, and the latest sales in Chicago are no different. After all, back in 2018 a couple of scouts sold over 300 boxes outside a San Diego dispensary!

Something the Girl Scouts haven’t turned a blind eye to is a strain named after the organization. There was a strain called Girl Scout Cookies, grown on the West coast and known to be quite potent. The organization threatened over trademark infringement and won, so now the strain is simply called GSC to avoid further legal entanglements. It’s not the first time that’s happened, either, as strains are sometimes named in hopes of capitalizing on another brand. Trouble is, if that brand is trademarked there’s really no way to name your strain after the trademarked item unless you buy the company. Trademarks, if not aggressively enforced, can be lost. Escalator is actually a brand of “moving staircase” but pretty much everyone calls an escalator an escalator, no matter who manufactures it.

The girls in Chicago who set up outside Dispensary 33, meanwhile, are reaping the rewards. The Chicago Tribune reports they sold over 230 boxes, mostly Thin Mints and Samoas. It’s up to the parents to say yes or no to doing this, sort of like it’s up to localities to allow dispensaries to set up shop. Most of the patrons seemed pleased to see the girls there, and were happy to know they were industrious and clever, showing a knack for entrepreneurism, perhaps becoming leaders of the future. Naturally, none of the girls were old enough to go inside the dispensary, but that didn’t hinder sales one bit.