The skies were pot-friendly for a few months, but it was never likely to last.

For a while, if you wanted to hop a flight from Denver to Seattle, you could bring weed with you – because it’s legal in both places – and the Transportation Safety Administration wouldn’t say a thing. That’s still the rule, but flying with a joint is getting a lot harder to do. 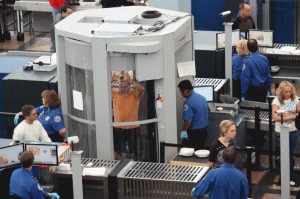 Denver International Airport has formally banned all cannabis possession on airport grounds, a move intended to stem interstate trafficking as legal weed takes off in Colorado and Washington State.

The policy goes into effect in early January, just days after retail stores sell the first legal marijuana in Colorado. No other major airports in Colorado or Washington have announced similar changes, but the policy seems likely to spread.

Voters in both states legalized cannabis at the polls in 2012. Retail sales started in Colorado Jan. 1, and stores are expected to open in the spring in Washington. Medical marijuana is also legal in 18 other states.

The TSA has taken a hands-off policy toward legal weed. If you bring it along on a flight between two locations where it’s allowed by state law, the agency will let you carry it. If your point of departure or destination bans pot, on the other hand, agents alert local police to arrest you for breaking state law.

That hasn’t changed, but if airports ban marijuana possession, flying with it will become legally impossible.

Denver International Airport is the first city facility to ban all pot possession on its grounds. Consumption, display and transfer are barred in all public places in Denver, but not simple, concealed possession.

Officials have good reason to target airport traffic. Last summer, months after voters had legalized pot, the Department of Justice announced it wouldn’t try to interfere with states that allow recreational or medical marijuana and wouldn’t go after businesses that sell the drug under state law.

In return, states and weed businesses must live up to a list of federal priorities. These include keeping pot away from kids, keeping guns and violence away from the marijuana trade, keeping gangs and cartels out of the business, keeping the drug off federal property, preventing drugged driving, and stopping illegal trafficking.

Closing the airport to pot is an obvious way to keep the feds happy by showing intent to fight interstate trafficking.

“We talked to all of (the federal agencies involved), and they’ve expressed concern for good reason, but it was our decision based on the way the airport operates,” said Stacey Stegman, spokeswoman for the airport. “We didn’t want to impact other airports and other agencies, and we didn’t want to facilitate transporting marijuana across state lines.”