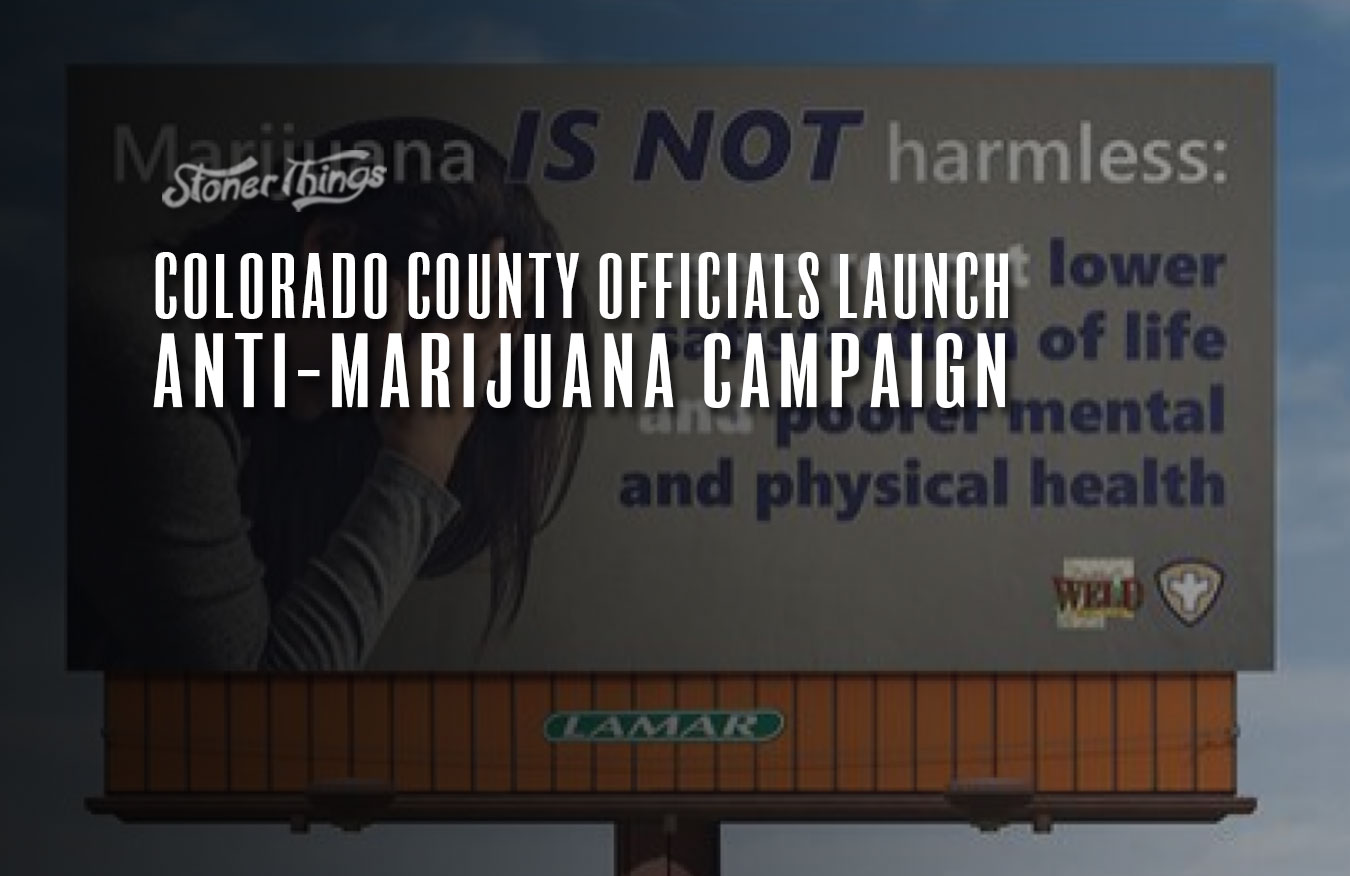 This probably isn’t news to anyone who has ever stubbed their toe on something, but absolutely nothing in the world is entirely harmless. You can choke on fluff, or die drinking too much water too quickly, and of course the sun causes cancer. With this in mind, it’s important to remember that marijuana also has risks. You might get so high that you eat foods that give you heartburn, for example. In states where weed has been legalized, there have been some public education campaigns around the downside of cannabis. Are they accurate? Again, everything has a risky side. The question is always whether the benefit outweighs the risk. You can die from too much food, which is why we have mealtimes instead of an ever-filling trough in the house. Let’s look at one Colorado campaign about the risks of marijuana.

According to the Denver Post, officials in Weld County, Colorado noticed an uptick in vaping and car accidents. They also believed that too many people had “a lower perception of risk around marijuana…” Yes, it’s weird how decades of Drug War propaganda can be undone in just a couple of years of not seeing any of those fears come to pass, isn’t it? Anyway, the Weld County health officials felt they needed to intervene, especially after they didn’t see anyone else in Colorado sounding the alarm. In particular, the county wanted to focus on heavy pot use and driving.

Obviously driving while impaired is a bad idea. However, driving while overly tired is dangerous and driving while drunk is exceptionally dangerous. Driving while high is still not the best idea, but there’s some debate about specifics. How “impaired” are you after one toke on a low-THC vape, for instance? As we reported a while back, one study found drivers with THC in their systems aren’t more likely to get in car accidents. Other studies have suggested the same, in part because stoned drivers tend to drive more carefully. Drunks tend to drive more recklessly.

Now, no one is going to say there’s zero risk when driving while high. What has cannabis industry people miffed is that Weld County used some questionable data to push its point of view. The county’s claims appear to be based on a report from the Rocky Mountain High Intensity Drug Trafficking Area. The report definitely paints a dire picture of more hospital visits due to pot, even linking an uptick in suicides to cannabis consumption. Meanwhile, a statewide report issued by Colorado itself didn’t corroborate a lot of the stats on driving while high, let alone claims about youth use while driving.

In the past, the RMHIDTA group has had to admit to injecting opinion into its reports. Obviously there are folks in Weld County that are sticking to the narrative that weed makes you crazy or dangerous, and it’s unfortunately easy to find statistics of a questionable nature to paint a certain picture. Stats around “having THC in the system” are particularly suspect given the amount of time that THC can remain in the body. Meanwhile, real research is being done and finding many of the myths around cannabis just aren’t true.