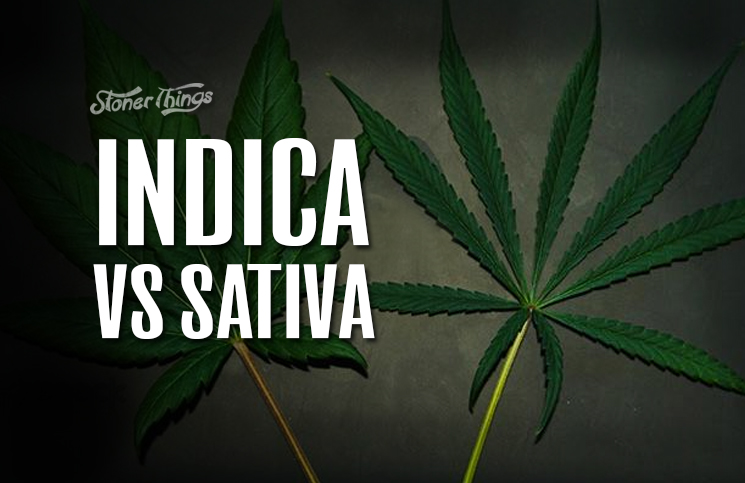 Marijuana users have been comparing indica vs sativa as long as we have been enjoying the plant. The two primary subspecies of the cannabis plant, Indica and Sativa, are the genetic ancestors of practically every other hybrid that has come into existence over the years.

There is another subspecies of marijuana called Ruderalis, but due to its low potency levels, it is much less common than the others.

Sativa plants tend to grow taller than Indicas, in some cases growing as high as six feet. In contrast, Indicas tend to grow short and bushy, usually not exceeding three feet in height.

Sativas provide a clearer and more mentally focused high than indicas. Users frequently describe the effects of sativas as ‘cerebral’, and many use it during situations that require focus, mental clarity, or alertness. Indicas have a more ‘body’ focused high, with a heavy, soporific effect. It is better suited to relaxing, sleeping, or easing pain.

When comparing the effects of indica vs sativa, it is easy to think of sativas as energizing and invigorating, and indicas as sedative and tranquilizing. However, hybrids of the two subspecies often produce effects typical of both.

In terms of flavor, indicas and sativas have a number of distinct differences. Sativas can range in flavor from fruity to almost ammonia-like, with numerous variations in between. Indicas are almost always fruity, which is typified in the legendary Kush varieties. Many indica-dominant hybrids have strong skunky flavors that are by no means unpleasant.

When comparing indica vs sativa strains for cultivation purposes, flowering time is an important factor to consider. Sativas tend to take a long time to mature, sometimes requiring as many as 20 weeks from seed to flower. However, you can speed up the flowering process during the last few weeks by increasing the dark period.

Indicas, on the other hand, mature fairly quickly, with some strains able to produce buds in as little as 44 days. Most indica plants mature in 8 to 10 weeks, although the addition of CO2 in the growing medium may help cut the process down by about one week.

When comparing indica vs sativa strains in terms of yield, indicas generally have an edge over Sativas. That being said, there are certain Sativa hybrids that are known for producing exceptionally high yields. There are also indicas that produce much lower yields than is typical for the subspecies, the most notable of which is OG Kush.

As you can see, there are a fair few factors which come into play when comparing indica and sativa marijuana strains. The more experienced users among you will likely use different types of weed at different types of day. Sativa strains are much better for daytime consumption, allowing you to maintain focus. Sticking on a film before bed? Indica will be your best option.