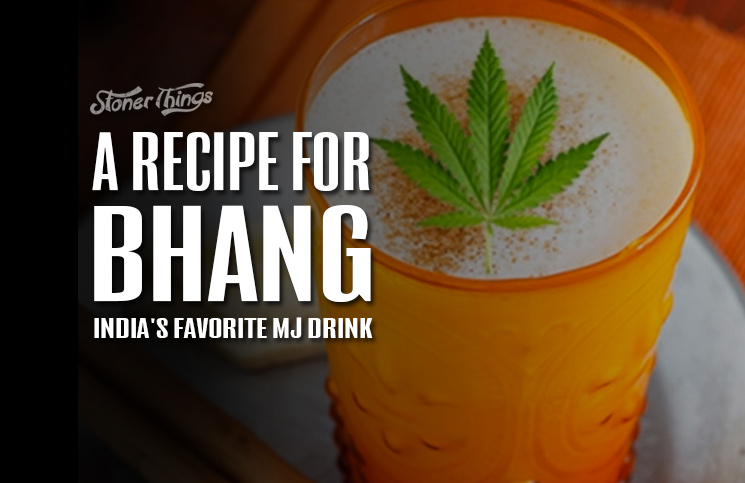 Odds are, if you live in the Western Hemisphere, you’ve never come across Bhang. If you have, consider yourself a world traveler.

Bhang, also known as bhang lassi, is an ancient aspect of Hindu culture, one that has been used on the Indian subcontinent for at least 4,000 years. That’s almost as long as people have been smoking weed, which shouldn’t be surprising, as Bhang itself contains marijuana.

But what is it?

Bhang lassi is a form of edible cannabis, usually made into a potent psychoactive beverage. It is used for recreational, medical, and religious purposes among Hindus and other ancient religious groups, especially in India and Nepal.

First, laborers grind marijuana bud and leaves using a mortar and pestle. The pot is then mixed with milk, mangoes, Indian spices, and sometimes ghee (a form of preserved butter common in Asia). This bhang base is then made into a thick drink called Ghota thandai.

While Bhang is mostly used for ritual purposes, it’s also an effective medication and recreational drug. But be careful: If you follow this bhang recipe, your end product should be very potent.

Tell us: Have you ever tried bhang? Do you want to? Leave a comment below.