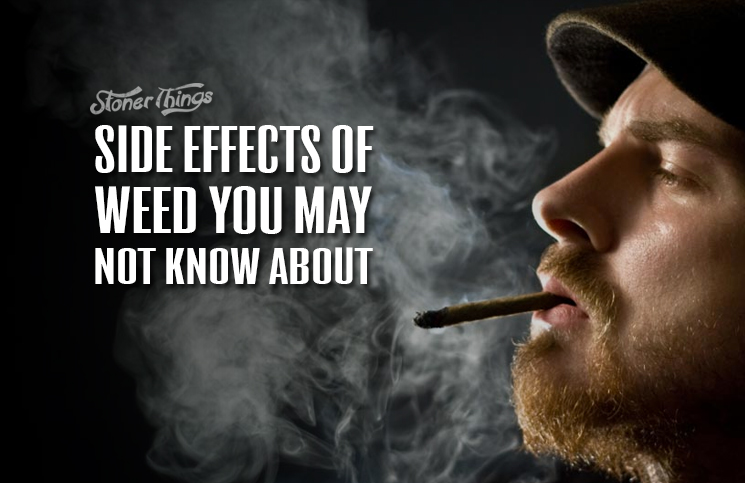 Cannabis or marijuana is widely used all over the world for medicinal and recreational purposes, and it is a relatively safe substance when compared to many other pharmaceutical preparations. However, there are a number of side effects of weed apart from its primary physical and psychoactive effects. Marijuana affects almost every one of the body’s organs and systems, including the central nervous system, the cardiovascular system, the heart, and even the endocrine and immune systems. It is in fact because of marijuana’s effects on these organs and systems that the drug is so useful for treating a variety of health conditions. Nevertheless, there are certain side effects of weed that make it necessary to use marijuana with caution.

Dizziness – The most common side effect of weed is dizziness. Because of the primary physical and psychoactive effects of the drug, it is easy to mistake dizziness as being one of these. However, dizziness that occurs only when the drug is ingested should be taken as an indication of its effect.

Bleeding – One of the more alarming side effects of weed is its potential to increase bleeding risk in susceptible individuals. People with blood-related disorders or those taking medications that entail bleeding risks are advised to take precaution when using marijuana, or to avoid using the drug entirely.

Blood pressure – Marijuana is also known to lower blood pressure, which could be a potentially serious side effect of weed for certain individuals. Those who have blood pressure-related disorders, or those taking medications or other substances that reduce blood pressure should consult with a doctor prior to marijuana use, or avoid using the drug entirely.

Liver – Studies have also shown that marijuana affects the way the liver’s enzyme system processes certain substances that commonly occur in the blood. This can result in more pronounced effects and serious risk to people with existing liver conditions, or those using medications that are potentially toxic to the liver. Patients with such conditions should consult with a doctor in order to determine the potential risk of drug interactions with marijuana.

Heart conditions – People that have preexisting heart conditions and those at risk for such conditions should exercise caution when using marijuana. Because of the elevated heart rate that often occurs with marijuana use, such users are at risk for a number of serious conditions including abnormal heartbeat, disrupted organ blood flow, and even heart attacks or heart failures.

Other side effects of weed are not quite as serious but many are no less distressing. Among them are skin-related issues such as hives and itching, dry mouth, nausea, indigestion, and diarrhea. Marijuana use may also cause drowsiness, disorientation, and respiratory issues in some people.