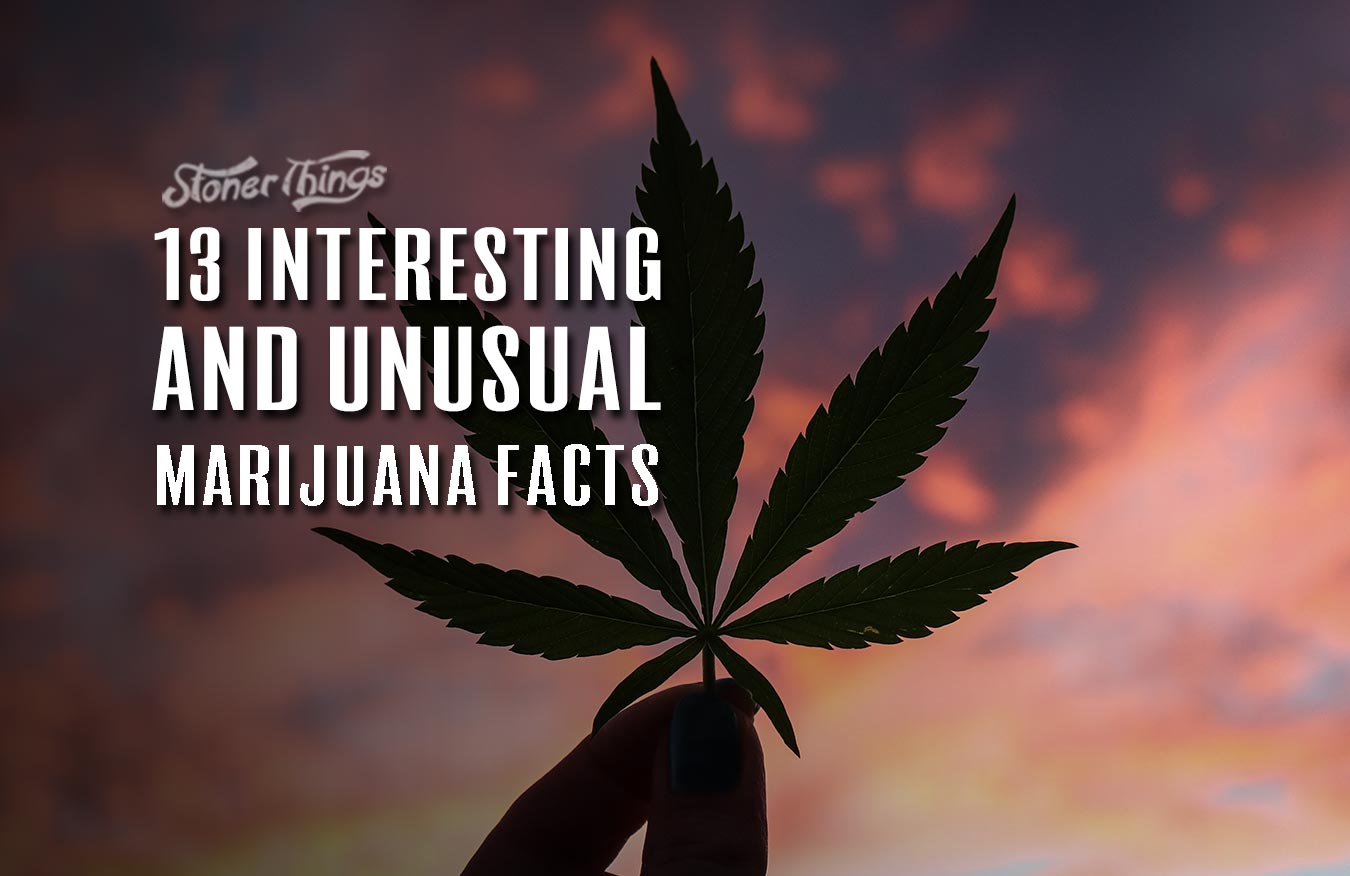 Cannabis is one of the most popular and most talked-about psychoactive substances around. The widespread legalization efforts that have been sweeping across the United States have done little to dispel the myths and fallacies associated with cannabis, its use, and the culture surrounding it.

In order to clear the murky waters of the cannabis industry and cannabis culture somewhat, we present here some interesting and unusual marijuana facts that even longtime users may not be aware of.

1. In the United States alone, more than 6,000 people try marijuana for the first time every day. Furthermore, the number of first-time users is growing steadily all the time. One of the implications of this is that there will be more people who will be clued in to marijuana facts!

2. One of the most commonly-known marijuana facts is that it is virtually impossible to die from using it. In fact, it has been determined that the amount of marijuana that can theoretically kill a person is approximately 800 joints! We say ‘theoretically’ because there is, of course, no reasonable way that anyone can smoke that much marijuana. For all intents and purposes therefore, it is safe to say that marijuana is non-lethal.

4. The primary active ingredient of marijuana is tetrahydrocannabinol or THC. This chemical is responsible for most of marijuana’s psychoactive effects. In marijuana-based preparations intended for the treatment of certain medical conditions, the THC is actually removed, leaving only the ingredients that provide medicinal benefits.

5. Marijuana can be taken in many ways, including smoking, vaporizing, and eating. Smoking marijuana or inhaling the active ingredient in vaporized form is the fastest way to feel its effects, which will be apparent within seconds. Eating or drinking marijuana-based preparations will provide a powerful – for some, an overwhelming – effect, although it will take a bit longer to be felt.

6. One acre of marijuana can produce the equivalent of 2 to 3 acres of cotton crops. When and if it is fully legalized, marijuana may actually cut into the market of many crop-based industries.

8. The United States Declaration of Independence was written on hemp paper. In fact, Thomas Jefferson was widely known to have cultivated hemp on his own property!

9. Marijuana was widely associated with African American populations, and its use was thought to incite violence and mania, which is quite the opposite of what its known effects are today.

10. Marijuana shows tremendous potential as medication for a wide and varied array of diseases and health conditions, as well as their symptoms. With its proven medicinal value, marijuana will likely become more widely prescribed by legitimate physicians in the future.

11. Marijuana has been used for medical purposes for thousands of years
Known as Ma in Ancient China, marijuana was used for a variety of purposes–including food, fuel, clothing, and medicine–since 6,000 B.C. It is now thought that marijuana was used even long before then, with the earliest reference to medical marijuana dating back to 2737 B.C.

12.  There remains no evidence suggesting marijuana is linked to mental health issues. This finding contrasts sharply with the commonly held belief that mental illness is linked to the regular use of marijuana. At present, there is no evidence that links marijuana use to the development of psychiatric disorders in people who are otherwise healthy.

13.   One of the little known facts about marijuana is that the cost of prohibition is estimated at more than $20 billion annually. This figure covers law enforcement costs and potential tax revenue lost due to marijuana laws.