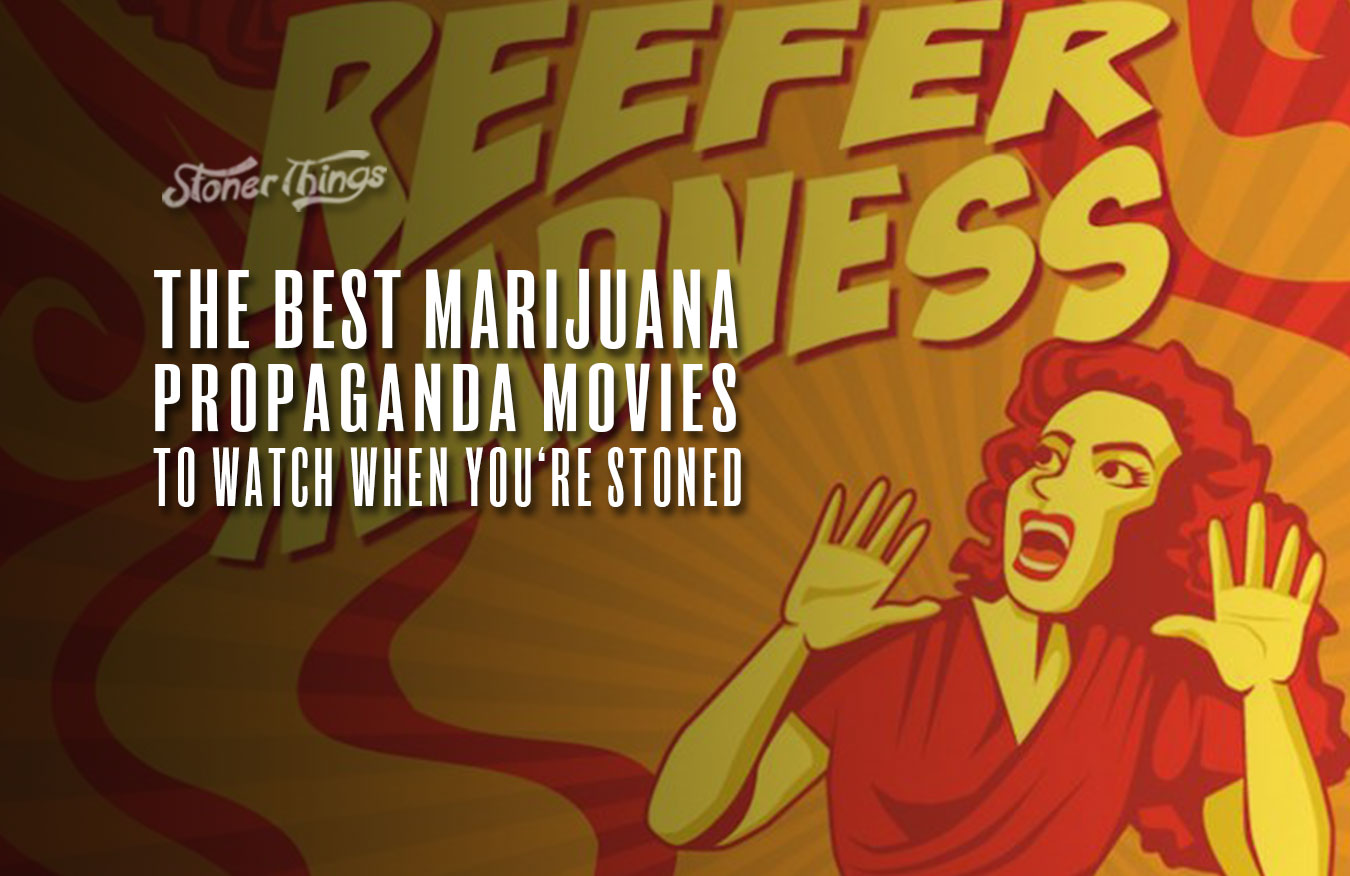 Cannabis has had a long history of being misunderstood.  Late in the 19th century countries all over the world began banning cannabis use without understanding its properties. This lead to generations and populations being utterly ignorant to what the plant did or had to offer. By the time marijuana started gaining popularity in urban America, the misconceptions were already alive and well.

The 1920s was a time when drugs were a “devil’s tool”, and films were beginning to be shown nationwide. It was the perfect storm for propaganda filmmakers to create whatever their imaginations could provide about the misunderstood substance. The results, which would have been shocking to the naïve, are nothing but ridiculous to today’s audience.

There is nothing quite like getting stoned and watching how inaccurate these messages were at a time when no relevant studies were being made. Watching these films is as hilarious as any modern comedy.

Here are five propaganda films about how marijuana will destroy your life that we recommend getting super high and watching:

The poster for Assassin of Youth offers the great quote “a puff, a party, a tragedy”.  That is just the beginning when it comes to pressuring audiences to believe marijuana is the source of all evil.  The synopsis involves a young girl being framed for having low morals so her cousin can inherit the family fortune.  Thankfully, journalist Art Brighton is there to uncover the dangers of ‘reefer’. There are some ridiculous moments of note in this film, primarily when referring to the violent all-night weed parties. Darn stoners, staying up all night and getting all violent.

“How bad can a good girl get.”  The tagline for this film is almost enough to describe just how outrageous this film can be.  The story follows orphan Anne Lester making her way in the world and paying for her brother’s college tuition. But when Anne tries smoking weed to help her fit in with her friends, her life begins to fall apart. The young girl begins to smoke more and more, causing her to become sexually promiscuous, violent, and eventually leads to her dealing cannabis. When she is caught, not only does she see what happens to those that become addicted, her brother commits suicide, unable to deal with his sister’s immoral actions.

In 1968, things got intense when it came to cannabis propaganda.  A half-hour Public Service Announcement was released to express all of the concerns with the growing weed epidemic. The then-popular Sonny Bono hosts the documentary. It attempts to reach the youth of the time with groovy music and chill vibes. Bono plays the part of the accepting adult who argues against all of the pro-marijuana debates of the time. But, when you see Bono’s shiny pyjamas and laid-back nature, it is hard to believe that the singer is not high as a kite while narrating.

The entire message of the movie is how bad things can get if you smoke “marihuana” just one time. The short notes involve a girl stumbling upon a party and unknowingly smoking a joint. By the end of the night, she is engaged in an orgy on the beach while another girl drowns skinny dipping. In the aftermath, she discovers that she is pregnant, which leads to her boyfriend getting caught smuggling drugs to make some money. Before you know it, the girl is injecting heroin into herself and scheming plans to kidnap her own child. This film is the definition of “that escalated quickly”. What’s more, when this film aired initially, it was a double feature with the movie How to Undress in Front of Your Husband which teaches women how to please their partners in the bedroom.

The quintessential marijuana propaganda film is also widely accepted as the granddaddy of terrible movies. Since resurfacing in the 70s, Reefer Madness has become one of the biggest cult classics there is. The movie involves two high school students being lured into the dangerous and violent world of drugs. Melodramatic and often over-the-top, the film makes some bold claims about cannabis. Honestly, you’re just going to have to see this one for you.