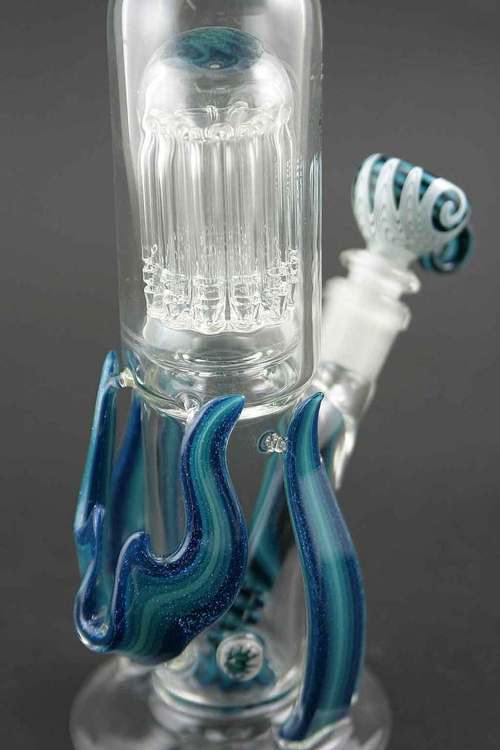 A typical water pipe is made of a number of distinctive components, each with its own function. One of the most important of these is the percolator, which is found in most any but the most basic of water pipes.

Most water pipes equipped with a percolator also contains a diffuser. These two components serve different although complementary functions, so their characteristics and functions will be detailed in this article. 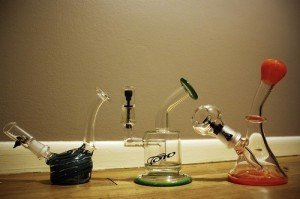 In its most basic form, the percolator is a small chamber located in the in the water pipe’s shaft. It basically works on the principle of heat exchange and dissolution, which it performs by way of the interaction between the smoke and the water.

There are actually several different types of percolators. The most common are:

Depending on the percolator’s design, a diffusing function may or may not be built in.

The Function of the Percolator

The most basic function of the percolator is to filter out smoke. In most designs, it serves as an extra chamber. They work by putting in place a pressure differential between the top and bottom inlets and outlets of the pipe. Due to the action of the lungs, the outlet is subject to reduced pressure.

At the inlet end, the fluid is coursed through the bottom of a water column. Here, the difference in pressure causes the fluid to enter the water in the form of small bubbles before they rise through to the pipe’s outlet. Because of this action, the smoke becomes cooler and courses through the pipe more evenly. 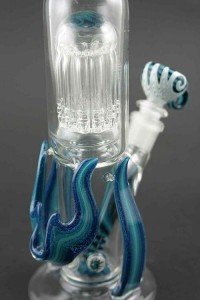 The diffuser also serves to cool the smoke in a water pipe. When the bubbles come into contact with the water, the difference in temperature difference causes the hot smoke and the cool water to equalize each other’s temperature. In a tree-type percolator, the many small openings result in the diffusion of smoke into small bubbles, in contrast to the large bubbles of smoke resulting from the single large opening on other percolator designs.

Because there is more surface area in the smoke bubbles that come into contact with the water, more heat is transferred as well. This results in the smoke becoming even cooler. In conjunction with the percolator, the diffuser results in cooler, more even, and some say even a smoother smoke.