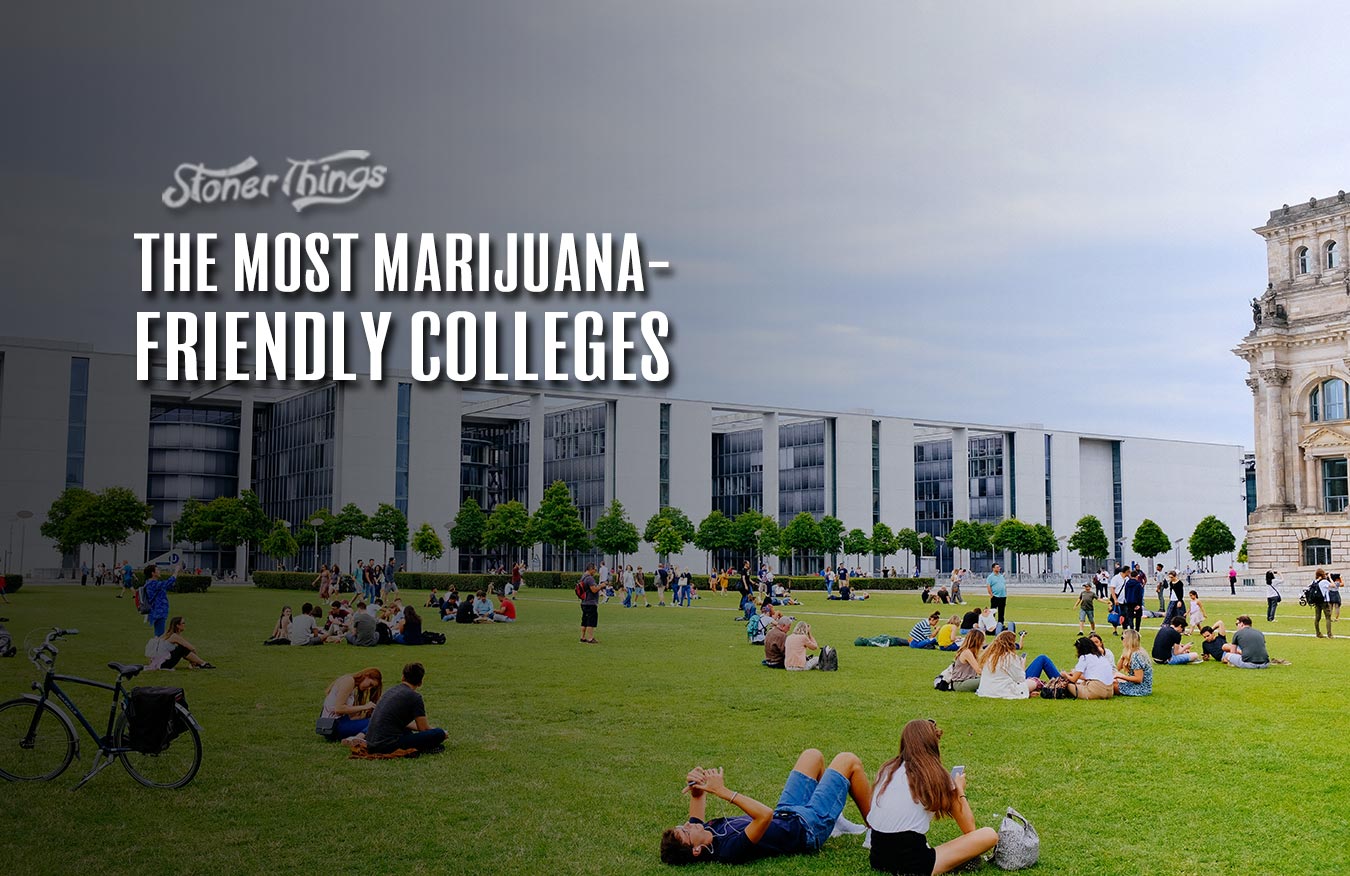 College is back in session, college football season has just begun, but which colleges are cool with cannabis? That’s the question The Princeton Review asked. For reasons unknown, the venerable publication, which regularly ranks colleges for all sorts of things, decided to call its rankings “Reefer Madness,” a nod to the film of the same name that scared audiences in the 1930’s so much it helped make cannabis illegal. It’s not really clear if Princeton is being cute or making a condemnation here, but either way its rankings are based on student ratings.

Here are the most marijuana-friendly colleges:

Here are the least cannabis-friendly colleges:

Clearly the colleges listed are all in states that have some level of legalization. At the top? According to Princeton, the “friendliest” college for cannabis is: University of Vermont. The surveys were conducted among 140,000 students and across 385 schools. The survey doesn’t really reflect the policies of the colleges, but the prevalence of cannabis consumption around campus. In other words, how many people are enjoying marijuana on campus on a regular basis?

Predictably, marijuana use was lowest at military schools and schools where the laws are still prohibitive. There were a few “surprises” in the rankings, however. Warren Wilson College in North Carolina seems to stick out among the Vermont and California schools, but the school is in Asheville. Asheville is especially known as a left-leaning town in North Carolina, and the city is filled with artists and hippies young and old.

With New York state now having completely legalized recreational cannabis use, a number of schools appeared in the top 20. In fact, seven of the top 20 are schools in New York! The state decriminalized, but efforts to pass full legalization stalled this year with hopes that the tax snafu that killed the bill will be worked out in time for 2020.

You can read more about Princeton’s methodology in its survey here, but suffice it to say the group is well-respected for its rankings. They’re a reflection of student sentiment, however, not based on policy set by colleges. So far, most American colleges have kept far away from cannabis legalization, opting only to tweak rules when the state they reside in changes its laws. Most campuses have rules about consuming any sort of intoxicant, no matter its health benefits, but obviously some colleges are more understanding than others. If you’re looking at schools, this might be a handy list to help you make a final decision!