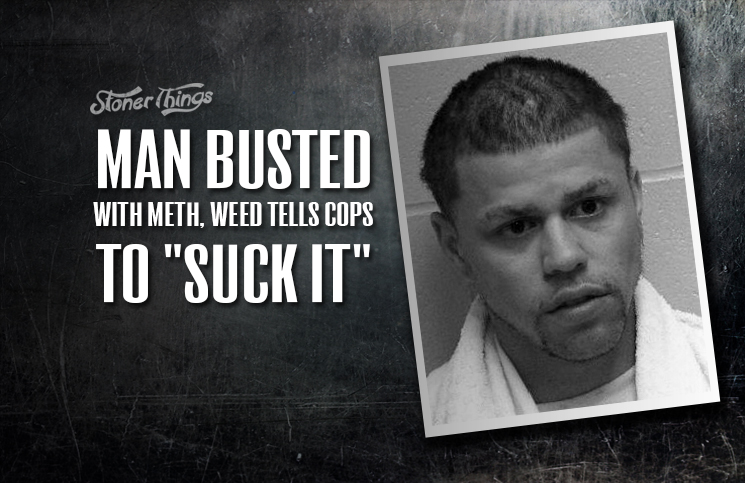 Martin J. Hulst has strong feelings about the police. He also knows how to use his legal rights to good effect. 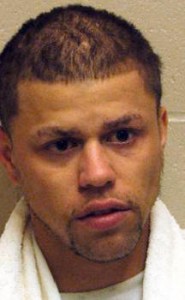 Two police officers chased Hulst, 29, through the streets of Fargo, N.D., in late January after trying to stop him for a drug violation. When they caught up to him, Hulst has just two words for them: “Suck it.”

Unfortunately, this colorful soul now faces 20 years in prison over some weed and meth. Hulst was arrested and charged with two counts of paraphernalia possession, one count of marijuana possession, and one count of refusal to halt.

He was also charged with possession of methamphetamine with intent to deliver. Since it was at least the third time he was charged with meth distribution, he could be sentenced to as many as 20 years.

Hulst had multiple previous convictions, both misdemeanors and felonies, for drug possession and fleeing police.

Cops caught him as he was running from them near downtown Fargo. Shortly after midnight Jan. 29, the officers tried to pull Hulst over.

He initially refused to stop his car, then stopped and fled on foot. The officers left their car and gave chase. They caught Hulst when he slipped on ice.

Two other suspects got away

There were two other suspects who fled the scene, police said, including a man and a woman. Police didn’t say whether they had identified the two.

When they searched Hulst, cops found more than 17 grams of weed (between half an ounce and five eighths) in his jacket pocket. They found more than 18 grams of a white crystalline substance in his minivan, along with two pipes, a scale, and $858 in cash.

Hulst was booked into the Cass County Jail on bail.

Now, we’re the last people to promote the making, sale, or use of meth. Few drugs can do as much damage to users; you could lose your teeth, your clear skin, your job, your house, and your family – not to mention every ounce of respect you ever earned.

But throwing small-time dealers into jail serves no purpose. People like Hulst would probably benefit more from court-ordered treatment than incarceration. More importantly, he wasn’t armed and didn’t hurt anyone directly. 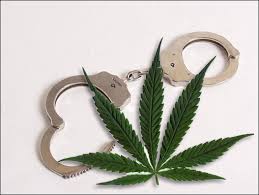 Naturally the first priority is cannabis reform. Possession of small amounts of weed and paraphernalia shouldn’t lead to arrest or a criminal record.

But it’s important to remember that we’re still incarcerating huge numbers of low-level dealers and cultivators over a drug that is now legal in four states and has never killed anyone.

All that said, you have to give Hulst some credit for his witty retort. If you’re going to go down, you might as well go down in style.