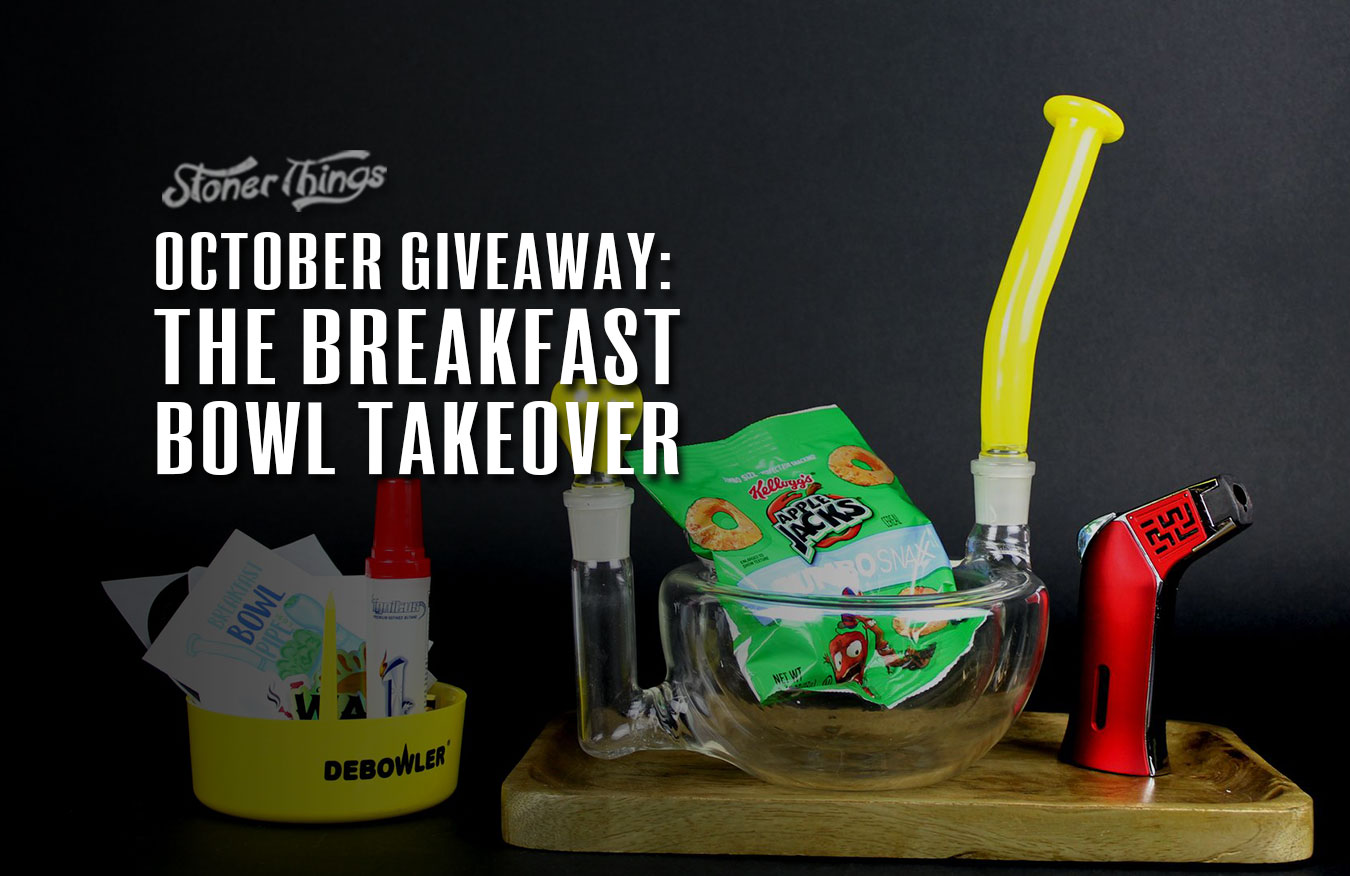 This one is for all our wake n’ bakers out there. Every true stoner knows the best way to kick-start the day:

This month’s giveaway makes checking off your morning to-do list easier than ever. The Breakfast Bowl is a pipe that features a 2-cup bowl built-in. We’re hooking one winner up with the pipe and some added goodies.

Ryan of The Breakfast Bowl makes checking off your morning to-do list easier than ever. In 2016 he discovered a piece of functional art online and had to add it to his collection. Problem was, the piece turned out to be more of a WRD than a tangible add-to-cart item. Ryan became obsessed. He ultimately had to purchase the bowl wholesale to get his hands on one (hundred).

Ryan enjoyed the concept so much that he sought out a manufacturing partner and various artists to create a design he could offer to the masses. The Breakfast Bowl is a functional two-cup cereal, ice cream, or gazpacho, mac n’ cheese, and fruit salad bowl that you can rip while you’re at it. The interchangeable borosilicate pipe has an 18mm glass-on-glass joint and removable mouthpiece. Fill the inner chamber with cool water to smooth your smoke, and fill the bowl with whatever you fancy.

The winner of our October giveaway is about to add some uniqueness to their glass collection and fluidity to their morning routine. With accessories blown by Wyatt Zen Glass, the Breakfast Bowl featured in our giveaway has an added uniqueness all its own. Smoker’s Gift Shop, the official webstore for The Breakfast Bowl, has even included some extra goodies in their bundle: a Debowler ashtray, rolling tray, mini torch with a butane refill, and a pack of stickers that support the wake and bake way of life.

The good news is, you don’t have to wake up early to get an entry. We make it easy to win if you put in a little effort. We’re rooting for you, man. If the odds aren’t in your favor and you become as obsessed as Ryan with fulfilling your bowl-on-bowl dreams, head over to their site to snag one yourself. The Breakfast Bowl does killer collabs with local artists to create heady and one-of-a-kinds – they’re definitely worth checking out.