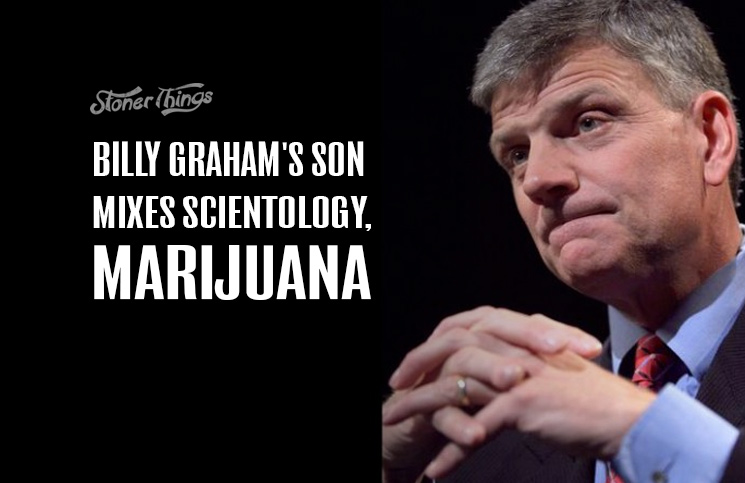 What do Billy Graham, marijuana, and Scientology have to do with each other? Not much, unless you believe the unhinged rantings of Graham’s evangelical son. 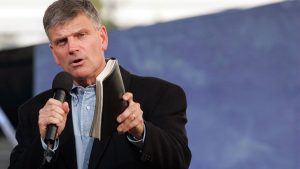 Franklin Graham went on a Facebook tear in May to rail against the sins of cannabis smokers, drawing more than 7,000 views from Christian followers. He also posted a link to a website those followers may not be familiar with – a site run by the Church of Scientology.

The link directed visitors to something called the Foundation for a Drug-Free World. This group, which carries a name that could easily fool many into believing it’s a legitimate anti-drug organization, is in fact a branch of Scientology. The “church” runs other such groups, all dedicated to drawing in new recruits to its science fiction “religion.”

Graham was answering a commenter’s rebuke to his rantings against former NFL prospect Laremy Tunsil, who lost millions of dollars when a hacker posted a video of him smoking marijuana through a gas mask bong. Graham insisted Tunsil’s illegal cannabis use justified the decision by football teams not to draft him.

“If you’re an owner, you don’t want to invest $25 million in a pothead,” Graham wrote. “Some states now have legalized marijuana, but that doesn’t make it right. It will hurt you in more ways than one, and I hope anyone reading this will stay away from it.”

Not only did Graham inveigle against cannabis use, he also promised to help cure addicts through a simple Christian prayer – a dangerous suggestion that flies in the face of all medical understanding of substance abuse. And he offered a link to back up his claims: a link that led straight to the Scientology website. 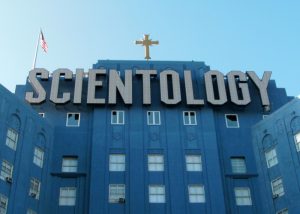 The Foundation for a Drug-Free World regularly uses scare tactics to sell its expensive “addiction treatment” programs. The money it raises is funneled into the Church of Scientology, a religious pyramid scheme long criticized for its bizarre beliefs, ruthless tactics, and reliance on celebrities of questionable intelligence.

In an article last year, a spokesperson for the Foundation for a Drug-Free World claimed the group’s approaches are based on sound science.

“[It] is a secular, nonprofit public benefit corporation that empowers youth and adults with factual information about drugs so they can make informed decisions and live drug-free,” said spokeswoman Megan Fialkoff. “No one, especially a young person, likes to be lectured about what he or she can or cannot do. Thus, we provide the facts that empower youth to choose not to take drugs in the first place.”

Graham has plenty of other sources to draw from if he’s looking for anti-cannabis resources. The National Institutes of Health, for example, has published numerous studies on the potential side effects of marijuana use. But Graham may have been relying instead on the leanings of his good friends John Coale and FOX News host Greta Van Susteren, two celebrities who belong to the Church of Scientology.