There was a time when the comics world was among the most ardent anti-drug platforms in society. In fact, comic books were often used as outlets for the government’s anti-drug campaigns during the 1950s throughout the 1970s. However, things have changed a lot since then. Not only have comics eased up on the anti-drug rhetoric, but they have actually been more open about depicting substance use – and even outright drug dependence – by certain characters. Some comic book series are actually based on main characters that use performance enhancing substances, while others feature storylines involving characters dealing with substance abuse. Here is a rundown of some comic book characters that either use performance enhancing substances or have dealt with the travails of substance dependence.

One of the most enduring characters in the Spiderman series, Harry Osborn was Peter Parker’s best friend and – as the Green Goblin – also his nemesis. In the wake of Seduction of the Innocent, drug use in comic book storylines came under fire from regulatory bodies, resulting in a move away from depicting drugs in a positive light. Partly as a result, Harry Osborn was depicted as an LSD user who eventually overdosed on the drug.

One of the comic book world’s few outright dependents on an actual drug, Freak was just as famous for his methamphetamine use as anything else. In one particularly memorable issue, Freak mistakenly injected a substance made primarily of animal DNA, believing that the syringe contained meth. 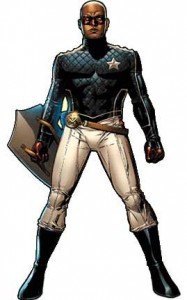 As Eli Bradley, Patriot was intent on following in the footsteps of his grandfather, Isaiah, who was a superhero in his own right. In a tragic twist of events however, Bradley was injected with a Super Hero serum that effectively hindered his ability to function as his role in the Young Avengers demanded. With no other alternative, Bradley took to ingesting Mutant Growth Hormones (MGH), which enabled him to fulfill the functions of his role.

In the Ultimate Universe, Colossus is a lot different from the character that most have come to expect from the X-Man in the “normal” universe. In addition to having a markedly different sexual orientation, the alternate Colossus is also dependent on a substance called “Banshee”, which boosted his powers significantly. In fact, this “other” Colossus is so dependent on the stuff that he can’t even lift up his steel arms without a dose.

As Kid Omega, Quintin Quire – who is part of “The Omega Gang” – relies heavily on a very addictive substance known as “Kick”. Used as a means to increase their powers and to trigger violent attacks on Xavier’s Institute, Kick resulted in the overdose and subsequent death of Quire’s love interest, Sophie. The drug also caused Quire to have an out-of-body experience.

One of the Batman’s most formidable opponents, Bane was heavily reliant on an artificial growth serum that increased his size and strength considerably. Like many other drugs, Bane’s poison of choice also caused severe withdrawal symptoms when he failed to take a dose at the proper time.