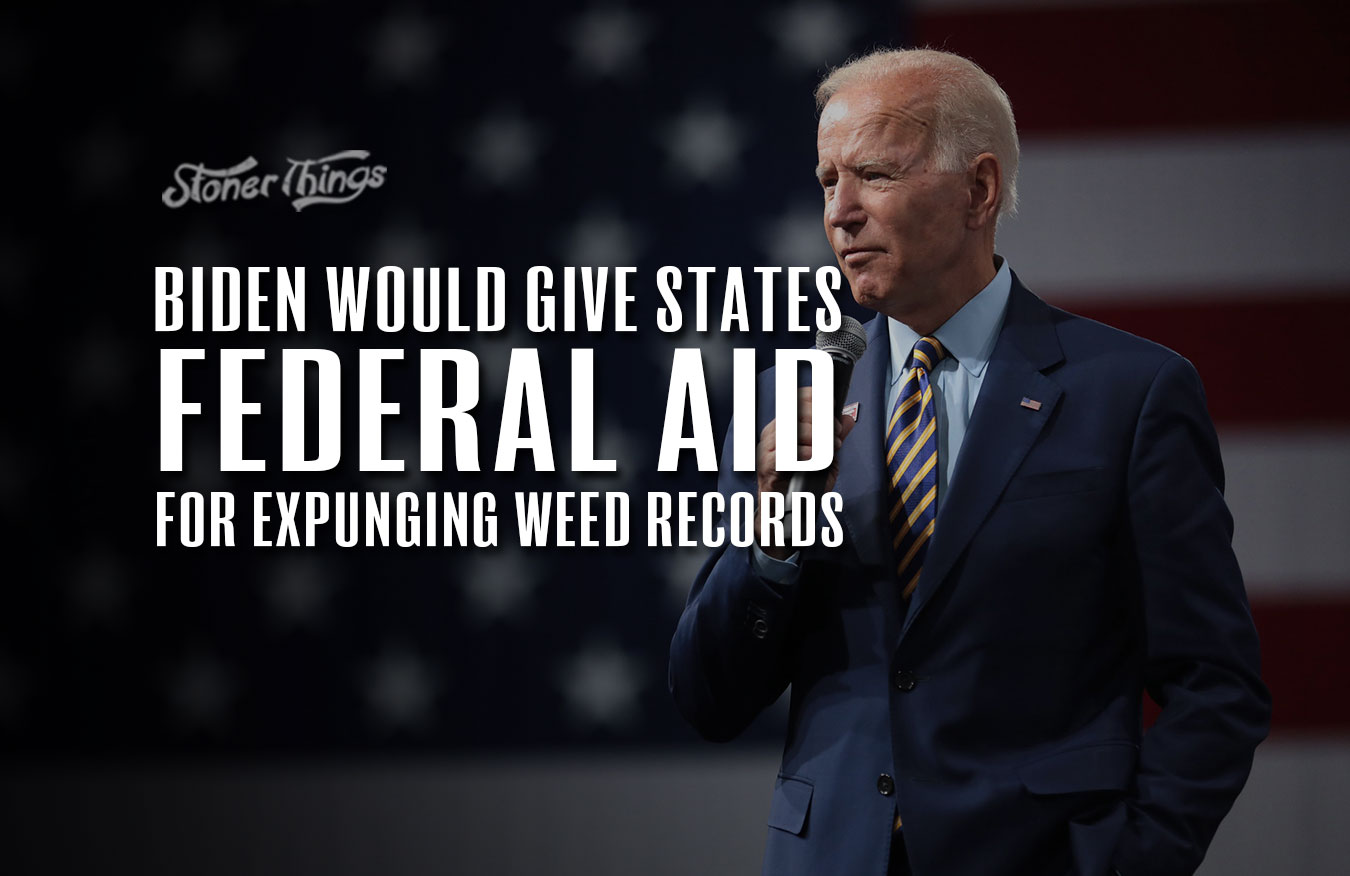 The U.S. has slowly seen a transformation in the conversation around cannabis, going from a peak of anti-weed sentiment in the 1990’s to states legalizing first for medical pot then for recreational, and now we have 33 states with legal weed of some kind. The push to legalize hasn’t quite caught on at the Federal level, however, and the presumptive Democratic presidential candidate, Joe Biden, hasn’t been the biggest supporter of rescheduling marijuana. However, he is starting to move in the right direction with a proposal that would give Federal aid to states which have committed to expunging the criminal records of those caught with weed.

This is important for a few reasons. The question for any reform proposed by government is, “how do we pay for it?” Because legislators and the executive branch can’t just wave a wand and make problems go away. In fact, there have been many times in our history when a legislative solution passed, only to be un-funded or badly under-funded, and the solution never held because of this anemic support. Funding reforms has been a cudgel used by Congress many times to neuter meaningful reforms. Biden is taking aim at that approach in a speech he gave on racial equity and the economy.

We can give Biden credit for saying in that speech, “getting caught for smoking marijuana when you’re young surely shouldn’t deny you, the rest your life, being able to have a good paying job or a career or a loan or an ability to rent an apartment.” But we can also hold him to task for not just rescheduling marijuana. He is correct in following up those statements with the acknowledgement that “purging records” requires people to do the work, and those people have to be paid.

Biden says in his speech, “Under my plan, if a state decides it wants to implement an automated system for the sealing and expunging of certain nonviolent criminal records, if a state chooses to do that, the federal government will help put together the process and allow them the money to be able to know how to organize to do that.” It’s complicated in many states to expunge records, to unseal them, and in many cases these procedures may be unknown or unused for years. It’s a testament to the slow progress criminal justice advocates have made in the last 20 years or so — but it is progress.

Still, Biden’s past may haunt him. As a Congressman, he helped create some of the draconian laws of the disastrous War on Drugs. Obviously his stance has changed, but those laws were responsible for putting people in jails or low-level drug offenses in an effort to “clean the streets” of all drugs. We can look back on these efforts as folly now, perhaps, but Biden is also proposing to clean up a mess he helped make. Then again, part of leadership is recognizing mistakes and working to fix them. Hopefully he’ll come around to full legalization so further harm is reduced for even more people in the future.