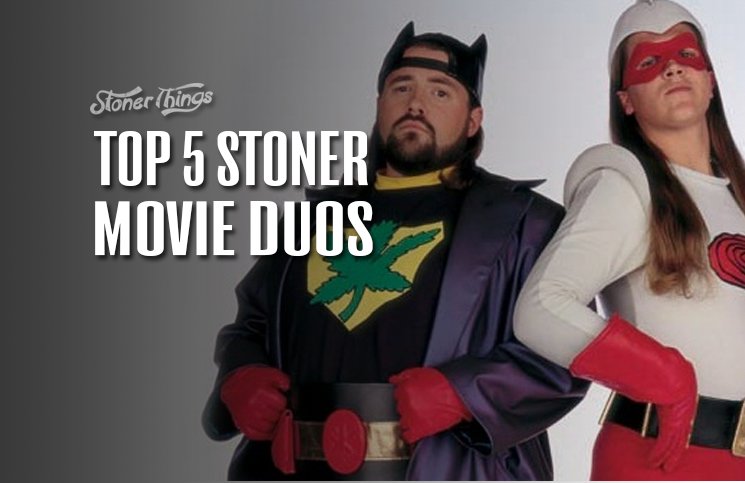 We here at Stoner Things love movies as much as anyone else. And there’s certainly a lot out there; if you and a friend are arguing over the best stoner movies or the best stoners in film, just think of these baked buds and relax, man. 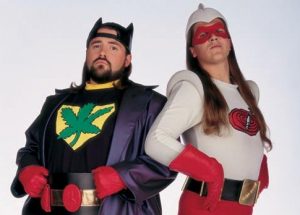 Jay and Silent Bob, AKA Bluntman and Chronic, AKA the main reason to see every Kevin Smith movie. There’s something about the energetic, mile-a-minute Jay that keeps audiences engaged for 90 minutes just in time to hear Silent Bob say something mind-blowingly profound. They’re unarguably the most memorable characters in every movie they appear in and provide the whacky, crazy counterbalance to Kevin Smith’s usual moody protagonists. We could all learn a lot from these hetero-life-partners. 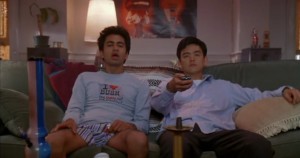 Nothing beats their trip to White Castle, a journey so epic it revitalized the career of NPH. Weed may be the catalyst of each of their adventures, but honestly, is there anything wrong with that? Anal-retentive Harold and the hilariously frustrating Kumar have many ups and downs in their bromantic relationship, but they always (well, usually) have each others’ backs. 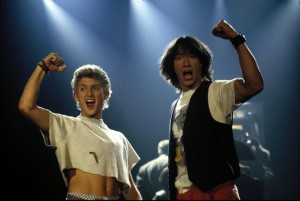 Why study history when you can just time travel and abduct a founding father? Though we never see them light up on screen, there isn’t a doubt that they are one of the most excellent stoner duos ever. These pals prove that you don’t need brains, just friendship, to win the day. Think that’s corny? Just remember that they take on Death, and win. 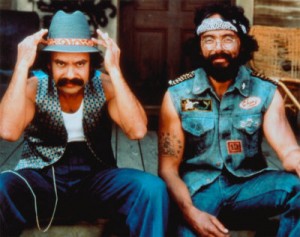 If you don’t enjoy Cheech and Chong comedy then there might be something wrong with you. Unlike everyone else on this list these are real friends who have had quite the tumultuous history with each other. Solo careers and arguments may have killed our chances of ever seeing a reunion film, but that doesn’t mean we can’t dream on. Dave might not be here, but maybe some day. 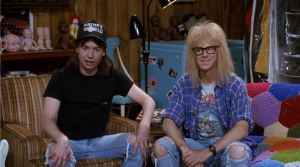 It’s our firm belief that most of modern philosophy can be traced back to Wayne’s World. Think Bugs Bunny was cute in a dress? Ever mistaken boredom for mono? Denied someone Stairway? You have the best stoner pair ever to thank. We could all learn a lot from them, including how to get paid mocking others. Party on.