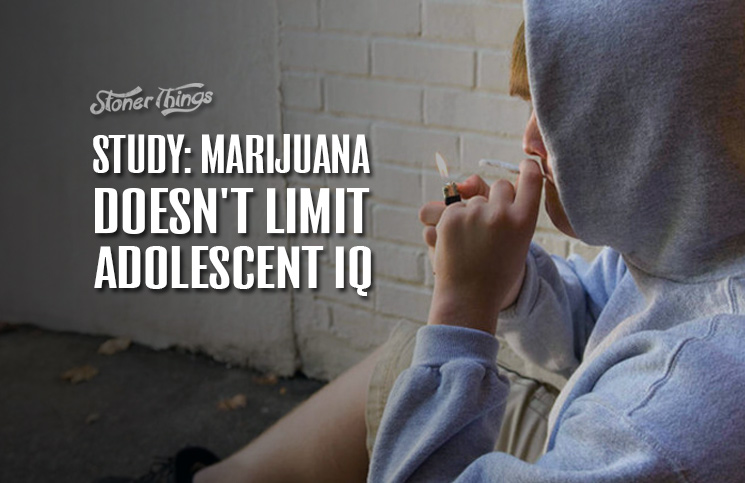 It’s one of the most persistent claims made by opponents of marijuana reform: Teens who use the drug suffer from lower IQs than teens who don’t. Science on the subject has been murky at best.

But now a new study of identical twins – a gold standard in scientific research – pops the claim as an urban legend. Over a decade, researchers reported no measurable link between regular cannabis use and lower IQ. Twin siblings generally held steady in their IQ scores even when one toked and the other didn’t.

“This is a very well-conducted study … and a welcome addition to the literature,” said Valerie Curran, a psychopharmacologist at the University College London. She said her team reached “broadly the same conclusions” in a separate but related study of adolescents in the United Kingdom. That report was published in January in the Journal of Psychopharmacology. But critics quickly pointed out that the new survey doesn’t approve chronic cannabis use as safe for teenagers.

Some earlier studies have suggested that chronic young users might suffer cognitive declines as they reached adulthood. The evidence was limited, but the studies were treated as proof that marijuana is a dangerous drug not safe for legal use. The new twin study disputes those findings, and with better science.

“It’s a classic chicken-egg scenario,” said Nicholas Jackson, statistician with UCLA and lead author of the new study. Traditional studies, which take a “snapshot” view of the question, make it hard to determine which came first, cannabis use or declining IQ (or neither).

An earlier longitudinal study found substantial IQ declines in heavy users between ages 13 and 38. But that study, conducted in New Zealand, failed to control for other factors, such as family environment and school attendance, that could account for cognitive deficits – and also for chronic cannabis use.

The other thing the new study has going for it is the use of identical twins raised in the same households. These subjects share both identical DNA and similar upbringing, making it much easier for scientists to control for these factors. In other words, researchers can rule out genes and early childhood environment as causes of either the marijuana use or the lower IQ scores.

The survey examined 789 pairs of adolescent twins from California and Minnesota, between the ages of 9 and 11. Over a decade, scientists tested the twins for IQ five times and asked them confidential questions about drug use, including marijuana, cocaine, opiates, and alcohol.

The study found that teens who smoked marijuana lost about four IQ points during that time. But it also found that their twins who didn’t toke suffered similar declines, meaning there was likely another cause.

“Our findings lead us to believe that this ‘something else’ is related to something about the shared environment of the twins, which would include home, school, and peers,” Jackson said.