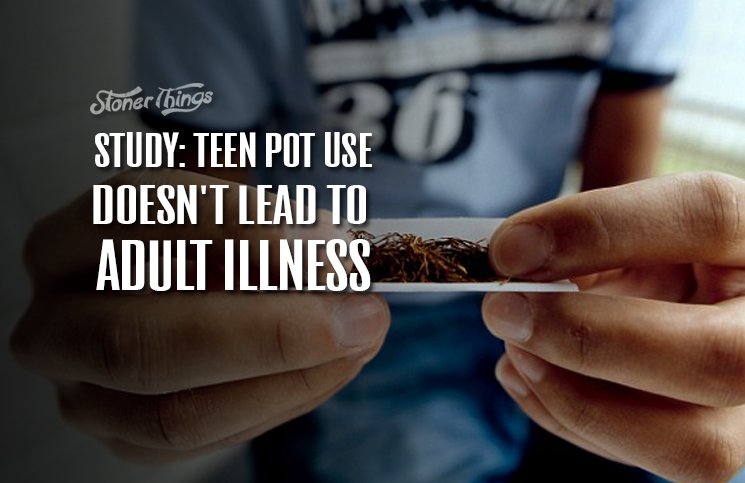 A new study suggests that smoking a lot of weed as an adolescent, even over an extended period of time, does not cause serious mental or physical health problems later in life. 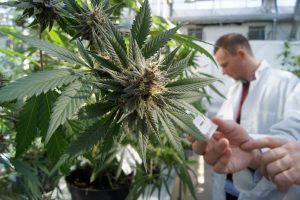 The American Physiological Association, which published the study this summer, said researchers found no link between heavy teenage cannabis use and later medical problems. The study casts doubt on long-held assumptions about underage marijuana use.

Researchers at the University of Pittsburgh Medical Center and Rutgers University examined four groups of pot smokers, with the youngest subjects in their teenage years. The first group smoked little to no weed, the second used mostly while in their teens, the third started using as adults, and the final group started using as teenagers and continued to toke into adulthood.

The researchers said they went into the study expecting to find evidence that cannabis contributes to mental and physical illnesses in teenage users, including depression and schizophrenia. Earlier studies had suggested weed can cause structural changes in brain functions similar to those caused by psychotic disorders.

Chronic marijuana use not linked to later health problems

Instead, the study by the American Physiological Society found that “chronic marijuana users were not more likely than late increasing users, adolesecent-limited users, or low/non-users to experience several physical or mental health problems in their mid-30s.”

Many of the most serious mental disorders first appear in teenage or young adult patients. That includes schizophrenia, the mental illness most associated with cannabis use in the popular imagination.

Even when researchers ran their study model with no controls for external variables, they discovered that marijuana doesn’t cause any adult illnesses, including depression, anxiety, allergies, high blood pressure, and chronic headaches.

The new study was longitudinal, meaning it collected data from its subjects over a 20-year period, rather than simply interviewing adult tokers about their past pot use. This makes for much more reliable results.

The study also used a relatively large sample size, tracking more than 400 subjects as they grew from adolescence to adulthood. The study was limited to male participants and controlled for cigarette smoking, poverty, and other variables.

With or without those controls, the scientists concluded that weed has little long-term effect on the health of teenagers who use it, whether they give up the ganja or keep smoking it as adults.

The scientists cautioned that a single study could only provide limited information. More research is needed, they said, but their findings should play a role in the public debate over marijuana.

Don’t expect a movement to let kids smoke weed, though. Even cannabis advocates caution against giving marijuana to minors, but they pointed to the study as evidence that claims about the dangers of pot are typically overblown.

“Everyone wants to prevent teen marijuana use, but we don’t need to exaggerate its harms and arrest responsible adults in order to do it,” said Mason Tvert, spokesman for the Marijuana Policy Project. “Hopefully this study will lead to a reevaluation of the tactics that are being used to discourage teens from trying marijuana.”