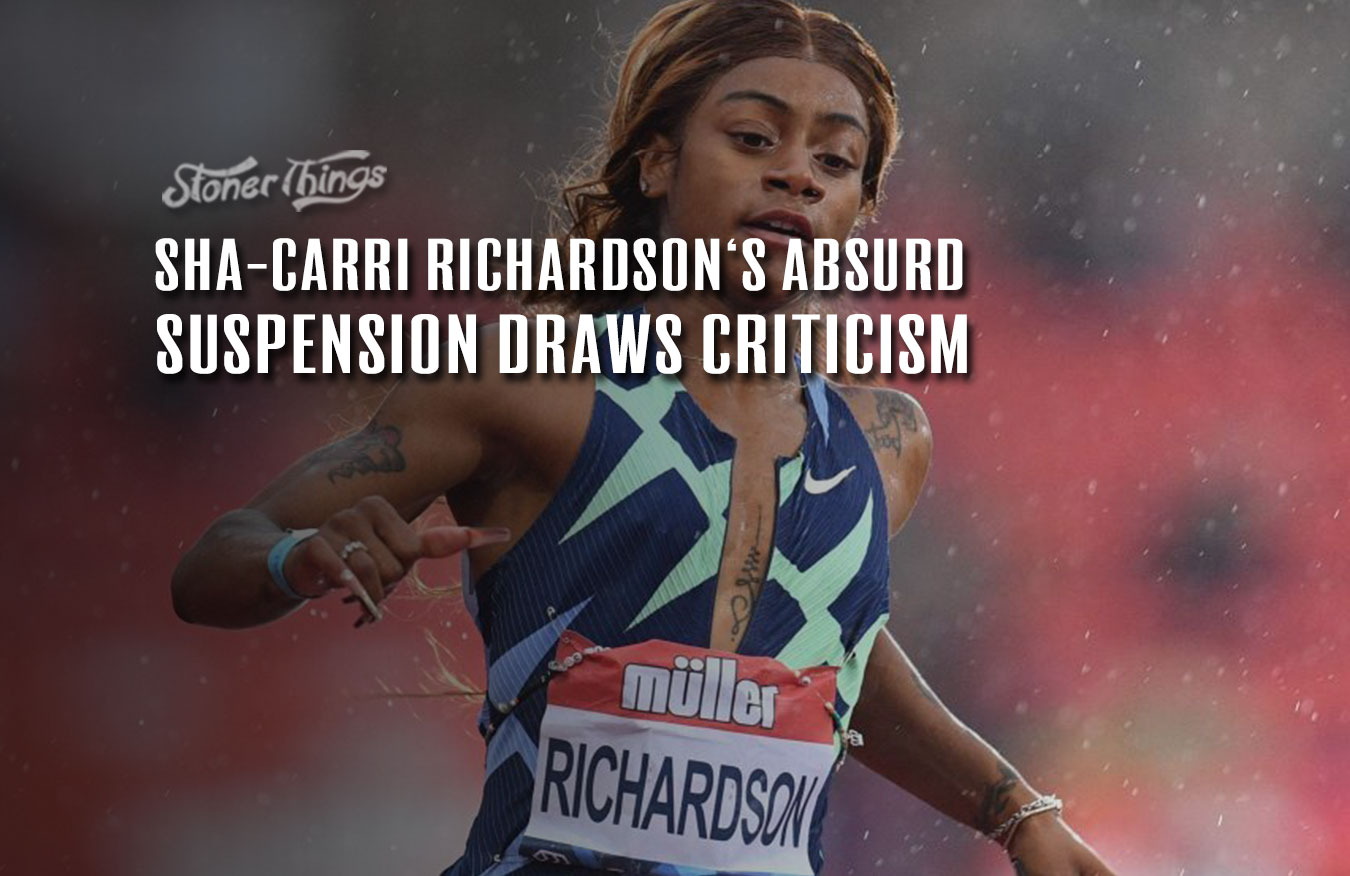 In the days of peak pot prohibition, ad campaigns were run that attempted to paint “stoners” as lazy losers who were constantly de-motivated after smoking weed. While the anti-pot campaign messaging has morphed over the decades since the 1920’s, when bigotry played a bigger role, more modern messaging acknowledged widespread use but attempted to portray it as a “drag” on your life. What we’ve seen in the past decade or so is that these stereotypes aren’t entirely accurate (who knew, right?). Remember Michael Phelps? One of the most winning Olympic swimmers in history came out as a weed enthusiast. More recently at the Tokyo Olympics, a huge controversy around Sha’Carri Richardson’s suspension has brought together politicians across the political spectrum and rallied celebrities to cry foul.

At just 21, Richardson has become a cause celebre as she tested positive for marijuana at the trials in Oregon, but it wasn’t discovered until after she won a medal in the 100-meter sprint. That caused her medal to be invalidated, although her suspension may run out in time for her to run a relay. As one might imagine, the powers-that-be at the Olympics have a strict no-pot policy, but that’s because of antiquated rules that largely still exist around the world. Marijuana is still “illegal” in various fashions in most countries. While that is slowly changing, the Olympic committee is notoriously old school and unlikely to budge in the coming days.

This leaves Richardson’s achievements in limbo, but it has brought out many supporters. As this Huffington Post article details, stoners like Seth Rogen and elected officials like Alexandria Ocasio-Cortez have tweeted about how anti-pot laws were largely an extension of racism, colonialism, and continuing efforts to vilify and incarcerate minority populations in the United States. As an extension of systemic racism, enforcement of draconian anti-pot laws has had an undue impact in black communities especially, and it would seem the Olympics are having a hard time understanding this especially “American” problem.

While cannabis consumers know Seth Rogen well, his humor was on display as he pointed out that if marijuana was a performance enhancing drug and made you faster, he’d be FloJo, a reference to Florence Johnson, who still holds the speed record for the 100 and 200-meter events. Of course, weed is legal in Oregon, which is part of the problem — uneven legal standards in the USA cause a larger issue because Richardson can’t petition that cannabis is “legal in the U.S.” and therefore has to argue a medical reason and hope the Olympics gain some understanding. This is unlikely to happen, but one of the few avenues left.

Even so, the controversy has again shed light on the ineffectiveness and injustice inherent in anti-pot laws. Richardson’s pot use was predicated by the death of her biological mother, something that would absolutely be stressful enough to indicate cannabis for stress relief. Hopefully in time more people will accept and understand how beneficial this plant is instead of demonizing it further.