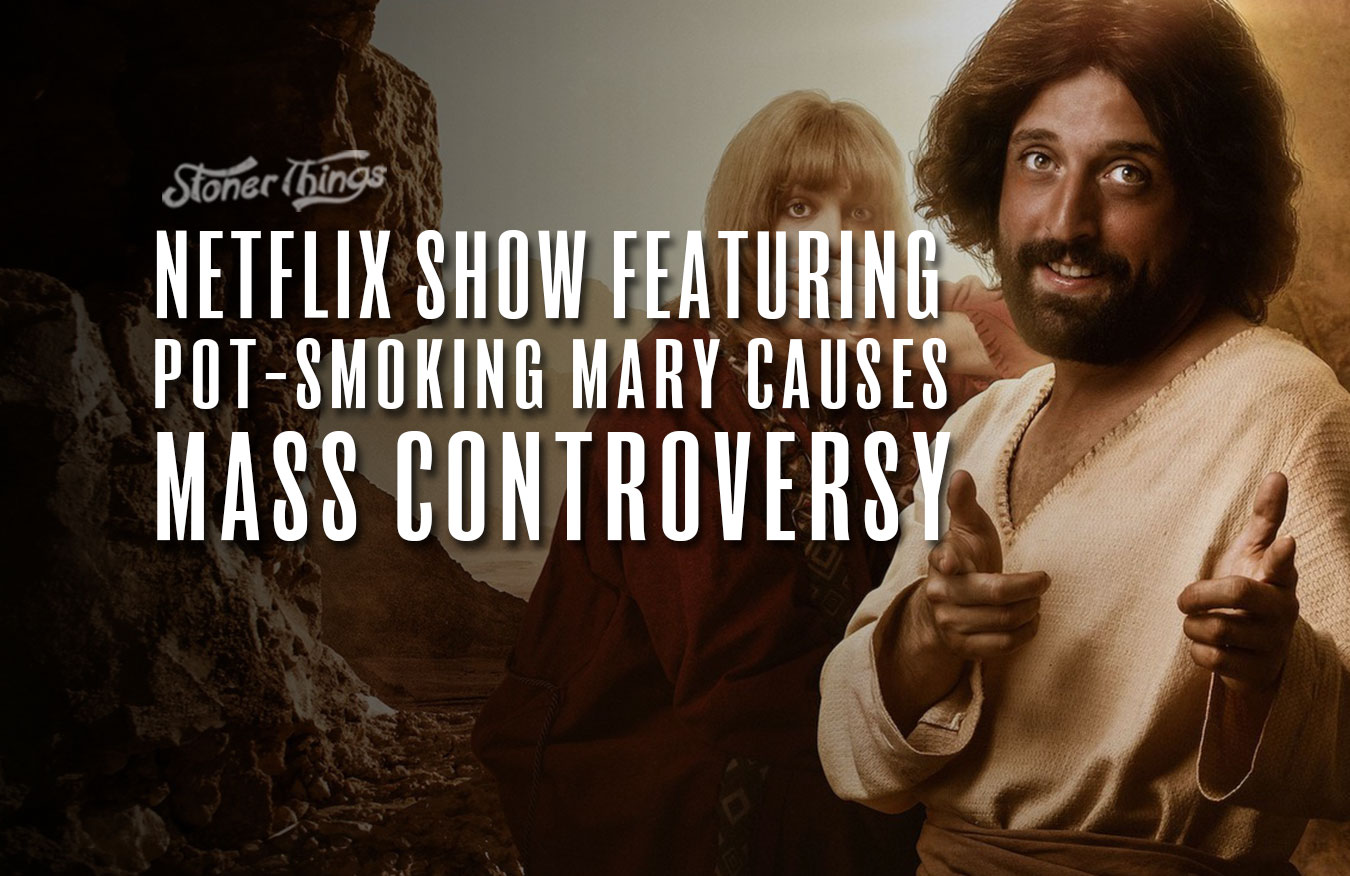 Another year, another controversy involving a world religion. In this case it is somewhat predictably a show depicting Jesus as, well, not something that’s in the Bible. A Netflix “Christmas special” called The First Temptation of Christ not only depicts Jesus as gay, but there’s also a pot-smoking Mary. This has of course offended a bunch of people and created a ton of publicity for a show that probably wouldn’t have had a lot of viewers otherwise. There are dozens upon dozens of Christmas shows in the U.S., as you can see in this rather comprehensive Christmas TV specials list from Wikipedia. This new Netflix special, hardly the only Christmas-themed show on the streaming service, is perhaps notable only because it features a wacky rendition of Christ and his pals.

Jesus has been in plenty of holiday specials, of course. From the Little Drummer Boy, produced by Rankin/Bass back in the late 1960’s, to more subtle variations in modern times, the story of Jesus’ birth has been told many times in TV and film. This Netflix special is obviously a parody, which is what has believers so steamed. The depiction of Jesus as potentially gay, or God as a regular guy, or Mary as a pot smoker has caused a stir among Christians — some of whom have called for a boycott of the service.

Nearly two million signatures have been gathered on a petition to remove the show from Netflix, but the company so far hasn’t budged. It was actually produced by a Brazillian company called Porta dos Fundos, which has defended the show, noting that Jesus confronts the devil and chooses God’s side in the end. The co-founder of the production company has called criticisms homophobic, however, and told Variety that the show doesn’t incite violence and isn’t saying people shouldn’t believe in God. Netflix and Viacom took a majority stake in Porta dos Fundos back in 2017.

In the show, Jesus returns from his stint in the desert with a friend, and his family (God included) throw a 30th birthday party for him. At one point God upstages the gift of a wooden flute by manifesting a modern day keyboard and playing Beatles songs. Later the Devil appears, and is apparently gay. Although the protestors against the show don’t seem to have a problem with that particular aspect of the show.

The most minor aspect of the program appears to be Mary’s pot-smoking stint, as God catches her in mid-toke and admits he’s attracted to her. This again would appear to be blasphemous, but it’s apparently secondary to the mere insinuation that Jesus might have had more than just alone time out on the desert.

Netflix doesn’t appear to be pulling the show before Christmas, but hasn’t said if it will keep the show on the service after the holiday. As it’s been known to pull content (sometimes later bringing it back), there’s still a chance the protestors will be satisfied, but not in time for Christmas.