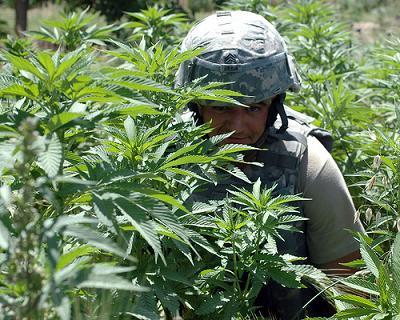 Marijuana possession is one of the most common reasons for arrest, and it makes up the bulk of drug prosecutions in the United States. An arrest can cause more than just legal problems – it can lead to a permanent criminal record that makes it much harder to get jobs, rent apartments, and secure government benefits.

The best way to stay out of trouble is to avoid arrest in the first place. If you smoke weed, keep it relatively low-key unless you live in a state where the drug is legal (Colorado and Washington). Obey other laws as best you can.

But what happens if you are arrested and accused of a marijuana crime? What kind of jail time do you face, if any, and what will police do to you?

First, cops can legally arrest you if they have “probable cause” to believe you’re involved in a crime. This is a lower standard than “beyond a reasonable doubt,” which prosecutors must meet in any criminal trial.

Police don’t need a warrant to arrest you, though they may get one if they feel they have the time. Most marijuana busts are made without warrants. In any event, the standard for a warrant is the same as the general standard for arrest: probable cause. The only real difference is in the amount of paperwork and the arrest process.

A magistrate must sign off on an arrest warrant, so prosecutors must appear in open court before it’s issued. This can tip off suspects that an arrest is imminent, and police often avoid this by making probable cause arrests on the street.

If you’re taken into custody with a warrant, you’ll quickly be charged with a crime. If you’re arrested without a warrant, you’ll likely make an initial court appearance first, during which prosecutors must explain the probable cause behind your arrest. You’ll be charged after this hearing.

After charges are filed, defendants are “bound over” to the courts. This occurs at the bail hearing, also known as arraignment. There, defendants facing misdemeanor charges are typically released without bail. Defendants who face felony charges are usually granted bail, and that’s almost always true in marijuana-related cases.

Defendants who are accused of heinous felonies can be denied bail, but otherwise it must not be “excessive” under the Constitution. Prosecutors must publicly list all criminal charges at arraignment.

The arraignment is also where a plea is entered. The vast majority of criminal cases are resolved through plea-bargaining, in which prosecutors agree to diminished charges in return for a guilty plea. Very few criminal cases make it to trial, and even fewer end in acquittal.

If you plead not guilty, you’ll either be held for trial or released with bail. In most cases, you must post a “bond,” usually 10 percent of the bail amount. If you fail to make your next court appearance, that bail could be revoked, leaving you owing the full amount to the bondsman who paid it.

Once you get to trial, prosecutors must prove beyond a reasonable doubt that you committed the crime. This is a high legal standard, and it basically means that if the defense can poke legitimate holes in the prosecution’s case, the jury must acquit.

A not-guilty verdict ends everything. Prosecutors can’t appeal it, and you can’t be tried again for the same criminal transaction. A guilty verdict can be appealed by the defense all the way to the U.S. Supreme Court, but such appeals are rarely successful.

Sixteen states have decriminalized marijuana possession, so you wouldn’t be arrested in those states if you were caught carrying a small amount of weed. Instead you’d pay a small civil fine, as low as $25 in some cases.

But if you’re convicted of a more serious cannabis crime, such as distribution or manufacture, there’s a good chance you’ll do jail time almost everywhere outside Washington and Colorado.

There are smart things you can do to avoid arrest. Don’t carry weed in public unless necessary. Use a seller who delivers so you don’t have to make covert deals in parking lots. Don’t drive stoned. And never give police evidence they can use to put you in jail. In other words, keep your mouth shut.