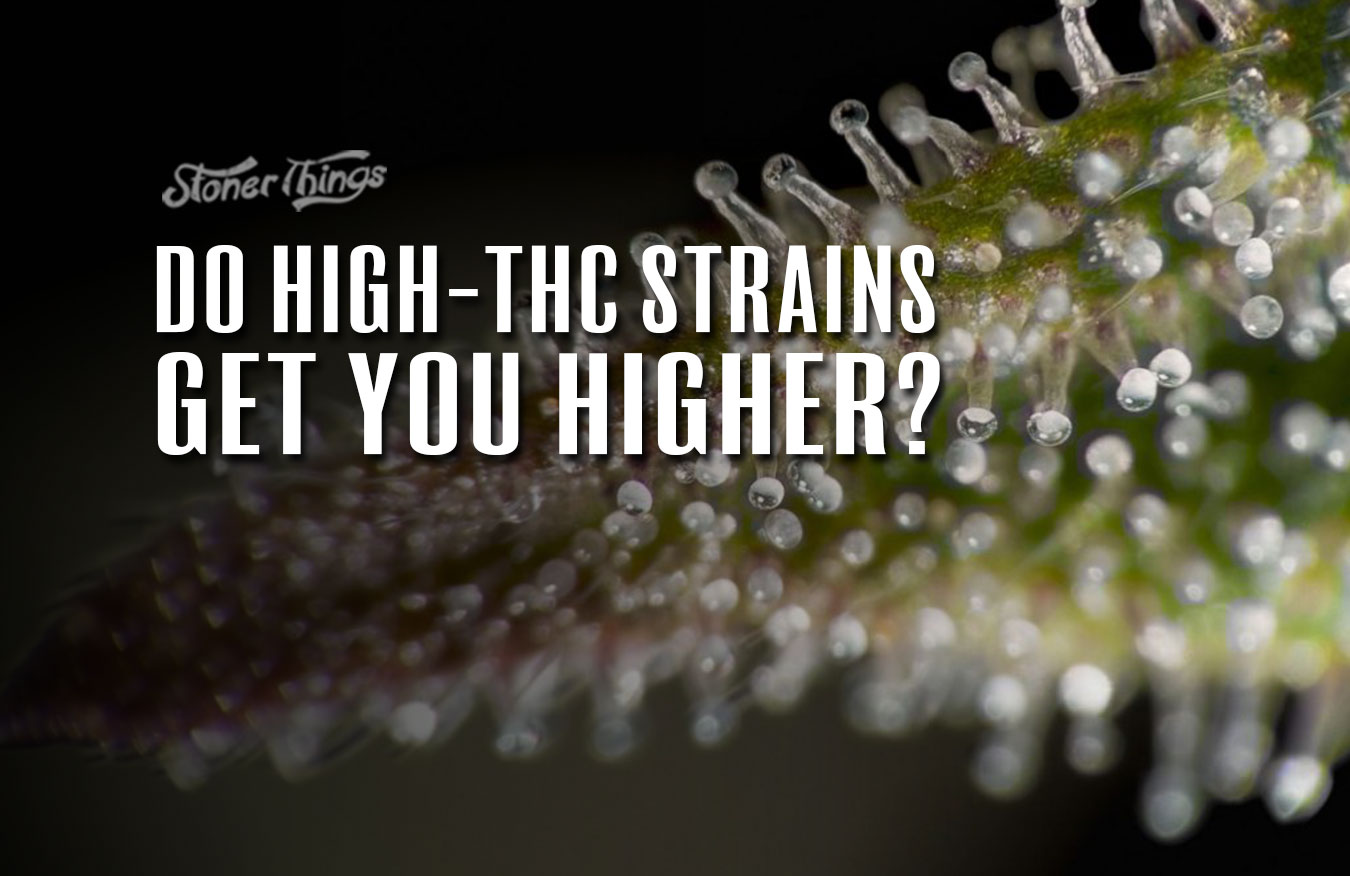 What we’re learning about the endocannabinoid system is that it is both complicated and yet simple. That is, the principles of how it works are rather straightforward: Cannabinoid receptors cause cannabinoids to have an effect on our bodies. But unlike, say, antibiotics, the effects upon our endocannabinoid system can be subtle or large — it varies across individuals. This is partly due to the body’s endocannabinoid system itself, as it connects to so many things. Cannabis may have an effect on your brain, but also your body. The complex interplay between mind and body is something scientists are still grappling with at a fundamental level. So it shouldn’t be surprising when we hear that tossing more THC into weed might not have the intended effect, which is to get you higher. A new study casts doubt on claims that “more THC is a stronger high.”

First, it’s important to note that because of Federal scheduling of marijuana, researchers are technically limited to handling only pot that’s grown in a facility allowed to grow pot for research purposes. The problem is, this pot is nowhere near as strong as what is commercially available in states like Colorado and California. Studies on potency have fallen flat as a result, because they don’t reflect reality. In this study, researchers actually used a van to travel to customer homes in Colorado, so the customers did the “handling” of the weed, and researchers could focus on the concentrations in the body, and their effect.

The result? Researchers looked at use between flower and concentrates, with flowers having no more than 24% THC but with concentrates going to 90%. In fact, the concentrates in this study were not below 70% THC — so the theory is that concentrates would get you higher, right? Isn’t that why people pay more for them? Well, the researchers were somewhat surprised to find that, yes, you have more THC in your system when you smoke higher concentrations of weed, but you don’t necessarily get “more high.”

This is a somewhat shocking revelation, as cannabis marketing has been trending towards strutting those large THC numbers. But marijuana is a complicated plant, and as discussed, the complex nature of the endocannabinoid system and the multitude of cannabinoids out there means that any “high” is really more than the sum of its parts. In other words, it’s not just the THC that contributes to how you’re feeling, it’s the terpenes and other compounds that all add up to a specific effect. And we’re learning this can have different effects on different people.

So while it’s easy to say, “this has 90% THC,” it’s not a given that it will get you higher. What we’re seeing is still the emergence of messaging around marijuana, however. It’s important to keep in mind that in the 1970s and 80s, beer was extolled as tasting great when the vast majority of beers Americans drank was essentially a pretty terrible pilsner style. Today there are thousands of beers, each with highly distinctive characteristics. It’s likely we’ll see the market educate itself over time, and be less prone to buying products whose only claim to fame is a high THC amount, preferring instead more subtle characteristics. It’s not that buying these things is bad, just that it might not be as effective as we’d like.