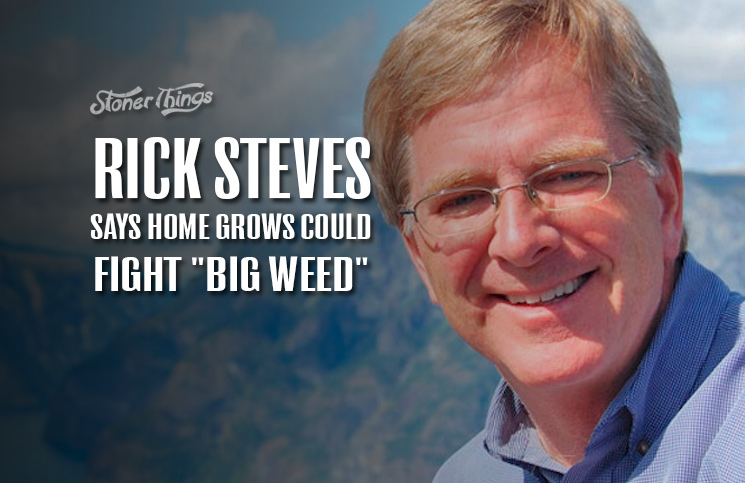 Rick Steves is probably best known to most Americans by way of his travel series on PBS, but there’s another side to the famed writer that most people don’t know about: He loves marijuana. 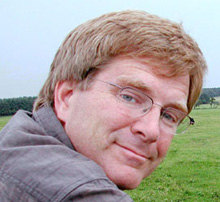 Steves has talked extensively about his work in the reform movement, his seat on NORML’s board of directors, even his use of the drug in North Korea. And like many in the movement, he’s worried about the rise of corporate marijuana, or “big weed,” as reform opponents call it.

But Steves has a bit of advice that could save consumers money and fight back against cannabis capitalism. Grow your own, he said in a radio interview late last year.

“I don’t want marijuana to go the route of tobacco and have Joe Camel and Big Tobacco and Big Marijuana,” he said. “If there’s money to be made, it’s going to attract big corporate interests and they’re going to have the clout. I like the idea of having home grow because it gives people an option to having to buy something from a giant organization. They can just have a few plants on the window sill, and it’s not a big deal.”

Big Weed, or at least the version sold by anti-marijuana crusaders, is mostly a myth. So far there has been little involvement in the cannabis industry by large corporations. Most pot shop operators are small- to medium-sized businesses. 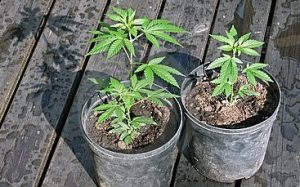 Also, most states ban outside investment in the local industry. Big companies can still participate in ancillary ways, and stoner celebrities can still attach their names to strains of cannabis, but they are not allowed to operate retail dispensaries, grow marijuana, or fund anyone who does.

Still, even many in the industry worry that big corporations are eager to get involved and crush small operators. In fact, some wealthy businessmen have already tried to enter the business, though with limited success. Some leading reformers own large businesses, but that’s not the same as selling marijuana.

Steves’ advice came during an interview with Seattle public radio station KUOW late in 2015. He was talking with host Jeannie Yandel about Washington’s refusal to allow home grows. Voters in the state legalized cannabis in 2012, as did voters in Colorado. Alaska, Oregon, and the District of Columbia followed suit in 2014.

Washington is the only one of these states that does not allow home cultivation. The others allow grows of up to six plants on private property. Steves said a home grow rule would make it easier for users to avoid putting their money into a greedy legal market.

Steves is host of the public radio show Travels with Rick Steves and Rick Steves’ Europe. He has traveled extensively around the globe, but his shows focus on Europe. He once claimed that he had smoked up in almost every country on Earth, including North Korea, where pot is reportedly used by a wide swath of society.

Steves was one of the most important voices behind I-502, the initiative that legalized marijuana in Washington. Cannabis has been on sale since the summer of 2014, but Steves says locals should be allowed to grow six plants as well as buy the drug in stores. This plan could reach the state Legislature in 2016.