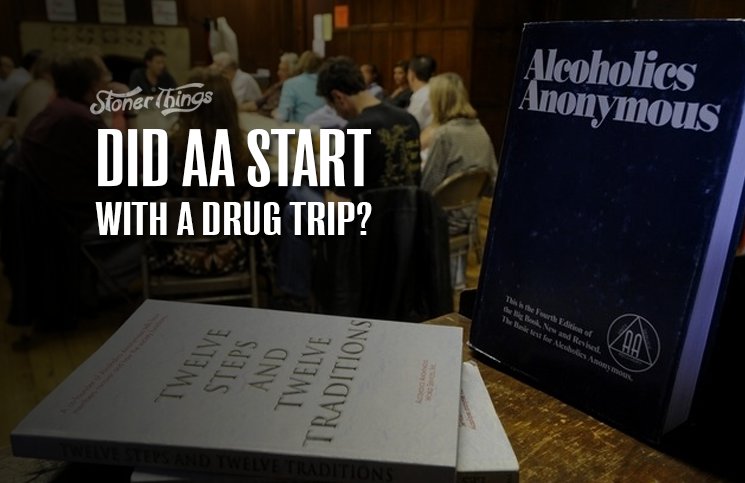 Few organizations are as well-known or well-regarded as Alcoholics Anonymous. The 12-step addiction-recovery group, launched in the 1930s, has long been considered the gold standard for treatment of alcoholics. Doctors, judges, and therapists routinely send addicts to AA meetings, sometimes by force of law. 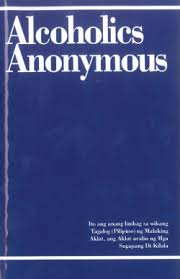 But for all its prestige, most people know almost nothing about AA, the 12 steps, or their success rate. It isn’t good: The best objective evidence suggests less than 10 percent of alcoholics stay sober for long using AA. The group itself claims a success rate of no better than 33 percent, and independent studies say that’s a wild overestimate.

And here’s what even fewer people know about AA: It almost certainly started with a drug trip.

Here’s how the AA came to being

Here’s the story. Back during the 1920s and early 1930s, a business executive by the name of William Griffith “Bill” Wilson went on a long series of alcoholic benders that cost him his job, his health, and nearly his marriage. He repeatedly found himself stuck in alcoholic sanitariums for long stretches while drying out from binges.

But during his final stay at the local high-end drunk tank (he had money), he was visited by two men, members of a religious group known as the Oxford Society. This Christian organization was dedicated to wiping out the scourge of alcohol by convincing drinkers to sign “temperance” pledges, promises to stop drinking.

This approach didn’t work very well, but the two men hoped they could convince Wilson to find God. That, they told him, was his last chance before he drank himself to death or insanity. Then they left.

That night, Wilson, a lifelong agnostic, suffered a moment of desperation so intense he cried out for God’s help. In an instant, he felt a powerful burst of euphoria, saw a blinding flash of light, and came to understand how he could save himself.

That moment, that epiphany, is almost universally considered the founding moment of AA. Wilson joined with one of the two men, “Dr. Bob” Smith, and together they dreamed up the 12 steps that still operate at the center of most addiction treatment programs.

Wilson always referred to his epiphany as a visit from God, a spiritual awakening that allowed him to stay sober. Alcoholics everywhere accept this as near-Biblical truth.

But there’s a problem. At the time he saw the flash of light, Wilson was receiving a powerful treatment known as the “Belladonna Cure.” This included a preparation from belladonna (aka deadly nightshade), a plant so toxic even small doses can kill.

Treated with a hallucinogenic plant 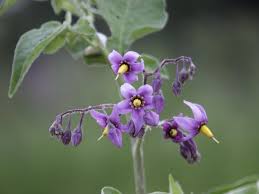 Patients received much smaller doses than that, in hopes the drug would help them avoid the most painful aspects of alcohol withdrawal, known as the delerium tremens, or DTs. The DTs are so severe they can induce seizures, psychosis, and even death if not properly medicated. This was why such sanitariums existed.

Belladonna isn’t just toxic in overdose. At tiny “micro-doses,” it is known to be a powerful hallucinogen, similar to LSD, shrooms, and mescaline. Specifically, it’s known to create powerful hallucinations, flashes of light, and potent euphoria – exactly the experience Wilson described.

AA members generally don’t like to acknowledge this fact on the rare occasions it comes up in meetings. They also are loathe to admit Wilson experimented with LSD during a medical study in the 1970s, hoping it could prove useful to other alcoholics (he concluded it could). Today that would be considered a relapse, but AAers insist Wilson died without ever losing sobriety.

Why does all this matter? Well, if our understanding of addiction is based not on true spiritual insight but rather on a moment of euphoric psychosis caused by a drug, that suggests other drugs may hold even more promise in helping addicts stay off the most damaging substances – especially booze.