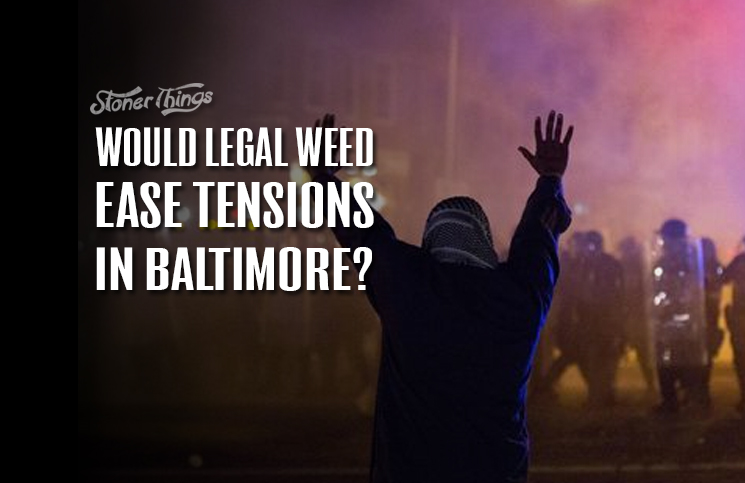 There is nothing simple about the death of Freddie Gray or the protests and riots that have followed in Baltimore. But there is an issue near the heart of the unrest that could be surprisingly easy to resolve.

Marijuana is illegal in Baltimore for any reason other than licensed medical use. Pot is decriminalized under city and now state law, but it’s a central part of the dispute between police and residents.

Baltimore is a majority black city with a largely black police force, and the problems there are not merely about race. But there is a deep divide between poorer residents and the cops they say are harassing them every day. Since the city is one of the most impoverished in the United States, that adds up to a lot of alleged harassment.

Even with recent legislation decriminalizing cannabis in Maryland, residents say they’re frequently searched for weed even though they’ve done nothing wrong. When marijuana is found, it’s used as an excuse to make arrests or write tickets those residents typically can’t afford.

Now some lawmakers say they want to legalize weed and take away that justification for mistreatment. Several members of Congress, all of who back federal legalization, introduced a bill that would give legal marijuana businesses access to banking services. Though some states allow legal pot under their laws, the federal government does not, and bankers answer to federal officials; as a result, most businesses are forced to operate strictly in cash, an invitation to violence.

The lawmakers used their press conference to argue that the growing push for federal reform could ease the situation in Baltimore and other places where tensions between police and poor or minority residents are high.

“Right now when you see all of this disturbance in our inner cities, a lot of that has to do with frustration that’s been a problem when police end up doing what – having to search people to see if they can find some joint in their pocket, a little piece of weed, in order to ruin their life and put them in jail,” said Rep. Dana Rohrabacher, Republican of California. “That doesn’t happen a lot in Orange County, but I know it happens in the inner city.” 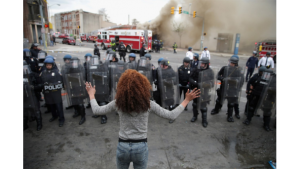 The bill was introduced by Rep. Jared Polis, Democrat of Colorado; Rep. Denny Heck, Democrat of Washington; and 16 other lawmakers. It’s part of a larger and increasing campaign to change federal drug laws and legalize marijuana.

That push involves two bills passed last year that protect patients and providers of medical cannabis from federal interference. The Department of Justice continues to ignore the law, but the congressmen behind it say they’ll force the DOJ to comply if they have to.

Gray, a 25-year-old Baltimore resident, died while in police custody in April. The details of the case are still emerging, but Gray was killed somewhere during his transport to jail on a minor charge. Police initially presented testimony from a witness who said Gray tried to injure himself in the back of the van.

But new information suggests that may not be true. A private video recording apparently shows the van making an unscheduled – and unreported – stop en route. The investigation was then handed over to the Maryland attorney general’s office for outside investigation.