Think the narcs are bad? It’s worse than that.

The U.S. Drug Enforcement Agency, the federal government’s anti-drug wing, is a lot of things, but upstanding isn’t one of them. The agency has a long history of corruption and dirty tactics, of breaking the law to enforce it, of putting agents’ careers ahead of the public safety.

So what’s the nastiest thing the DEA has ever done? There are too many options for casual reading, so we’ve boiled it down to the worst of the bad. But remember, the list of despicable DEA shenanigans is endless. 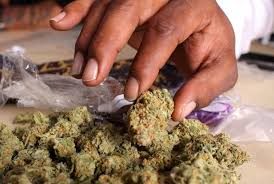 Federal drug agents have a kind of problem with authority. The problem is that they assume all authority belongs to them. Their word goes, no matter who you are or what you have (or haven’t) done.

This can lead to bizarre consequences. The DEA has a long-running practice of rejecting requests for scientific research if there’s any chance the research might say something good about weed. There’s only one federal source of legal marijuana for research projects, which means scientists simply can’t do their job.

The less we know about pot, the thinking seems to be, the less likely we are to use it. Tell that to any teenager who’s lit a joint with oregano in it.

This scientific denial, the government equivalent of an ostrich with its head in the sand, has depressing implications. We can’t reform marijuana law if we don’t know anything about marijuana – and that’s obviously a hope of the people who run the DEA. 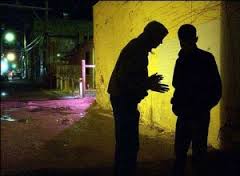 There isn’t much that’s lower than a drug snitch, yet the DEA would collapse without these people. The agency has a wide network of entrenched informants who supply it constant information about drug buys, cultivation, and use.

As you can imagine, this network is an ethicist’s nightmare. Motives are insincere at best, monstrous at worst. One DEA informant, a pedophile, raped a child and then shot and killed the father who confronted him.

There’s almost no accountability at the agency. One snitch had his own network of contract sub-snitches, and no one at the DEA took responsibility for any of it. Agents once paid nearly $1 million for information they could have found on the public record for free.

The DEA may have a poor opinion of drug users, but what does it say about the agency that it has to let some conspiracies flourish so it can crush others? If you can’t enforce the law without subverting the law, you really have no business enforcing the law at all. 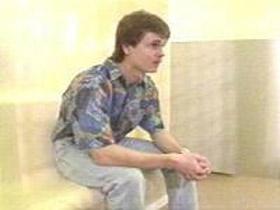 By the 1980s, the DEA was desperate. Drugs were pouring into the United States, and it wasn’t like the drug dealers were being cooperative.

So in 1986 the feds took it upon themselves to turn a teenage kid into a dealer and informant. They set up Richard Wershe, a 15-year-old Detroit high school student, with cash and fake IDs. That allowed him to travel across the country making buys.

Scenario for a hilarious movie, right? Wrong. Wershe’s contacts grew into a genuine drug network, and he became one of the biggest criminals in the city’s history.

When he was finally busted for carrying the same drugs the feds let him sell, he was sentenced to life in prison under an old, harsh Michigan statute. He was just 17 when he was arrested, yet he was punished as an adult. The statute has since been repealed, but Wershe remains behind bars. Go figure.

4. The DEA Thinks Prohibition Was a Roaring Success 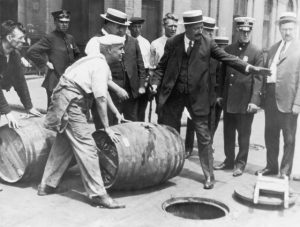 No, really. We’re not making this up. As recently as 2010, the agency was arguing, with apparent fervor, that the Prohibition of alcohol actually worked.

Never mind every other historical account ever written, the agents behind this report really seemed to believe Prohibition was a good idea that just didn’t stick. Organized crime, widely attributed to the ban on alcohol, in fact started growing way back in the 1800s, according to the DEA. Not true, but who’s paying attention?

In the eyes of the DEA, banning a substance means you’ve officially tamed it. We might have scrapped Prohibition itself, but we didn’t abandon any of the supposed moral principles that led us to it in the first place.

“Claims that Prohibition didn’t work overlook the fact that most historians agree that national prohibition succeeded both in lowering consumption and in retaining political support until the Great Depression radically changed voters’ priorities,” the 2010 report says. “Repeal resulted more from this contextual shift from characteristics of prohibition itself.”

In other words, your tax dollars pay for a federal agency that thinks the most famous failed policy in American history was in fact a rousing victory for everyone involved.

To repeat, we’re not making any of this up.