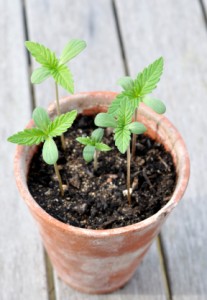 Every stoner is tempted to take the plunge at least once. Gardening and weed just go together, a primal combination of dirt, plant, and smoke.

If you’ve decided it’s time to try growing your own, you’ll need a long list of supplies: grow lights, fans, nutrients, soil, and on and on. But there’s one thing you’ll need above all else, and that of course is the seed. 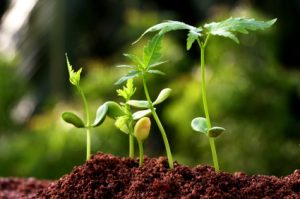 Cannabis seeds come in two genders, male and female. Males produce very little THC. Their pollen can be used to breed additional plants, but unless you plan to keep a large garden growing, they’re useless to you.

It’s possible to engineer seeds to be female so they’ll produce weed rather than pollen. This is called a “feminized” seed.

What you want, ideally, is a feminized seed that grows your favorite strain (or a strain that’s easy to grow if you’re just starting). You should probably avoid so-called “autoflowering” seeds; these allow you to harvest faster without changing light exposure, but they frequently produce smaller yields.

Now that you know what kind of seed you need, where should you find it? There are tons of seed banks (and some fraudsters posing as seed banks), and between them the selections are nearly endless. But here are three of the best.

It’s not a coincidence that Amsterdam produces both great weed and great seeds. Dutch Passion, founded in 1987, was the source of the original feminized seeds, and it remains a giant in the industry.

With a huge selection of seeds, comprehensive grow guides, and information on everything from vaporizers to hemp, Dutch Passion is one of a handful of true industry leaders. Unfortunately, they don’t ship to the United States.

These guys, based in Canada, not only ship to the United States, they have a decent selection. With dozens of different strains to choose from, including feminized seeds, you can find a great plant that grows well.

Hemp Depot is a step above most of the other companies that ship to the United States. The folks at this company have been in the business for almost 20 years, and their seeds are top-notch.

Ben Dronkers and his sons, Alan and Ravi, have been doing this for longer than almost anyone else. Their experience growing and selling cannabis seeds dates back to the 1970s. They started the Sensi Seed Club 26 years ago, then merged with The Seed Bank in 1991 to form the Sensi Seed Bank.

But it’s more than that. By objective standards, Sensi may well be the best source of hemp seeds on Earth. They have won more international pot prizes than any other seed bank, and they continue to create great new strains every year. Ever had Hindu Kush or Superskunk? Of course you have – and it all started with Sensi.