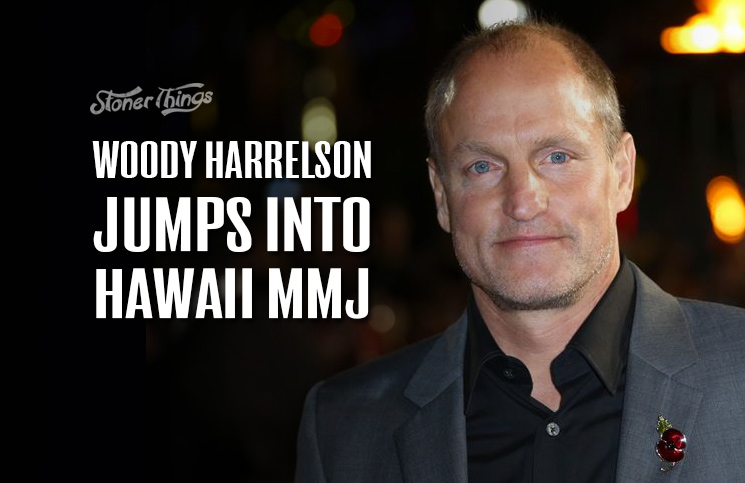 Medical marijuana dispensaries are coming to Hawaii, and at least one big name is trying to get in on the business.

Actor Woody Harrelson has filed an application to open one of the first medical cannabis shops on Oahu. His dispensary would carry the name of his company, Simple Organic Living, state officials said in February.

Harrelson’s application is one of dozens seeking to run stores in the state. A short list of applicants will be issued licenses in April, after the selection process and a year after state lawmakers first legalized dispensaries.

MMJ stores to launch in Hawaii

Previously, medical marijuana patients in Hawaii were forced to grow their own supply. Now they will be able to buy it on the retail market. MMJ has been legal there for more than 15 years, but early legislation failed to create an easy way for patients to get their medicine.

With a license, Harrelson would be able to operate two cultivation sites and two dispensaries, The Associated Press reported. And if he uses an industry tax loophole by creating an “enterprise zone,” he could win large tax breaks. Enterprise zones provide finances to companies that open in economically disadvantaged neighborhoods.

Harrelson is famed for his work on Cheers and The Hunger Games, but also for his advocacy for legalization. A long-time stoner, he has a greater public profile than almost any other celebrity who smokes up, going so far as to narrate a documentary on the subject.

First dispensaries to open in July

The first shops are set to open in July, according to Hawaii officials. Six will be cited on Oahu, four on Hawaii Island (“the Big Island”), four on Maui, and two on Kauai.

Medicinal cannabis was first legalized in Hawaii in 2000, making it one of the first states to allow the drug as medicine and the first to get there by way of its legislature. But the original legislation didn’t allow dispensaries.

That was changed last year, when lawmakers voted to allow dispensaries across the state. This gives more patients access to the drug, but the same lawmakers could undo that gain.

A new bill in the legislature would ban Hawaiians from growing their own pot at home, even for medical use. Caregivers would also be prohibited, leaving only dispensaries to provide for patients.

The problem for patients, especially those with low income, is that dispensaries charge much more than it costs to grow the plant. Patients can save large amounts of money by cultivating themselves. With a grow ban, many patients couldn’t afford their drugs.

A separate campaign is underway that would legalize cannabis for recreation. It doesn’t stand much chance of passing this year, but it will likely arise again in the near future.