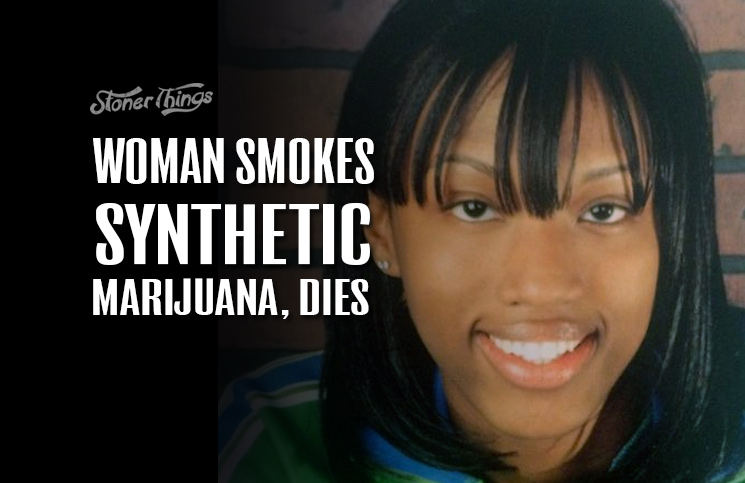 A New York woman who was allegedly high on synthetic marijuana crashed her car into several vehicles, was arrested, and died in the hospital three weeks later, police said. 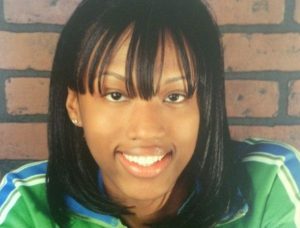 India Cummings, 27, of Lackawanna, N.Y., had reportedly smoked K2, a brand of synthetic cannabis, for weeks before she drove into three parked cars and a school bus in early February.

K2 is a dangerous chemical designed to mimic the high of real marijuana, but in reality the experience is very different. Synthetic cannabis can make its users highly agitated and irrational, and it can cause serious physical side effects, including rapid heartbeat, high blood pressure, and even death.

Cummings’ family and friends described her as soft-spoken and polite, a portrait at sharp odds with the behavior that ended with her death.

“You had to know something was wrong with India,” said Charnette Grayson, her godmother. “That day of her arrest was out of her character. Somebody gave her K2, and that’s what made her go out of her mind.”

Cummings was arrested after the crash and taken to a local jail, where she stayed for two weeks before suffering a medical emergency. She died in a hospital four days later. Her death was still under investigation in March, and there was no indication the K2 killed her, but the people who knew her said it changed her dramatically.

Police and public health authorities have been warning against K2 and its sister brands (most prominently Spice) for the last few years, since it first exploded on the scene. The drug is exceedingly cheap and easy to find, making it an appealing choice for young people and the homeless. It also leaves no trace on drug screens.

Synthetic pot is, as its name suggests, a synthetic drug created in a lab and smuggled onto the streets. It has no THC, so the high is not the same as real marijuana. K2 and its ilk are sprayed on inactive plant matter that looks like cannabis, then sold in small packets labeled as incense or potpourri.

“It’s not like street weed in a Ziploc baggie,” said Cheektowaga Police Lt. Thomas P. Gerace. “I don’t think people understand what the stuff really is.”

Cummings’ arrest came on Feb. 1 after she crashed her car, punched a driver in one of the vehicles she hit, and dragged him from the driver’s seat, Lackawanna police said. She continued her rampage in jail, where she punched a guard hard enough to give her a concussion, police said.

Sixteen days later, Cummings was taken to a hospital in Buffalo, N.Y., after experiencing a “medical event.” She was placed on life support and died Feb. 21.

“It’s a very dangerous substance,” said Dr. Gail Burstein, the Erie County health commissioner. “There are people who die from an overdose of the drug. Most commonly, it’s behavioral changes, anxiety, hallucinations, paranoia. Other effects are nausea and vomiting, increased heart rate, seizures.”

Health officials say the effects of synthetic marijuana can last for anywhere from 30 minutes to 12 hours. But Cummings’ behavior was even more bizarre than most cases, said Dr. Joshua Lynch, an emergency room doctor at an Erie County hospital.

“Because of varying compositions, the effects can last up to 8 to 12 hours,” Lynch said. “It’s not unreasonable for someone who has smoked several times (to feel the effects) for more than a day. This is atypical, however.”

Tell us: Have you ever used synthetic marijuana? Do you know people who have? Post a comment below.