Politics are hard to avoid this year. The November presidential election will likely be a contest between a narcissistic serial racist and a career politician who is trying to win over voters sick of career politicians. 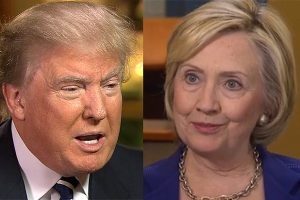 It’s an unusually turbulent election, in other words – so turbulent it could plausibly end with the fracturing of one of America’s great political parties. It could also deeply affect the future of marijuana policy from coast to coast.

But what are you supposed to do about it? Who needs politics when there are ounces and ounces of weed to smoke? And is it even important?

It is. And as it happens, you can play a critical role in the future of our country. Yeah, it’s a little uncool, and it takes time, and you have to swallow the imperfections of the candidate you support, but your vote will help send this country rocketing far to the left or far to the right.

Election will have massive implications for marijuana legalization

It matters, especially to American stoners. The end result of Election 2016 will determine what happens to the states where marijuana is legal for recreation or medicine and in states that could try to legalize in the future.

It will also either resolve or widen the deep chasm between the Democratic left and the Republican right. Donald Trump, who appears set to seize the GOP presidential nomination in August, has roiled the political waters with a disturbing personality never seen before in American presidential history.

On the Democratic side, former Secretary of State Hillary Clinton is poised to beat Vermont Sen. Bernie Sanders and win that party’s nomination. For his part, Sanders is the first Democratic Socialist to win an American primary election and a strong supporter of full legalization.

Clinton vs. Trump contest is likely

All this means the election will almost certainly be Clinton vs. Trump. Unfortunately, both candidates have declined to get specific about the future of marijuana reform, though Clinton has suggested she’s open to considering legalization.

Both have said they support medical cannabis, and there are no indications they’re likely to change that stance. But Trump is notorious for changing his positions, often several times, making his stance on full legalization something of a mystery. He said he favored it many years ago but more recently said he would oppose it. So it’s impossible to know for sure.

And that’s part of the problem facing potheads: Trump may not be a virulent anti-marijuana politician, but his candidacy already threatens the cohesion of the Republican Party and possibly the security of the United States.

There are reasons other than weed to vote against Trump. The man is a racist, a bully, and a liar who has repeatedly demonstrated that he’s willing to say absolutely anything if it pleases his base. He simply can’t be trusted, not with legalization, not with anything.

Clinton may make for slow going, but at least she’s consistent in her stances. As a Democrat, she’s also relatively likely to come around on reform eventually. The choice is obvious, and many Republicans are already making it, saying they would rather vote for Clinton than Trump.

That will almost certainly cost him the election; Clinton could win in an unprecedented landslide. And that may suggest to you that your vote doesn’t count.

But the thing is, landslides – including the kind that could speed up legalization – require every single vote. Without the support of people who don’t normally show up at the polls, it would be a much closer race. And that could be a disaster for marijuana smokers. So please, get out and vote in your primary elections and in November. Your fellow stoners are counting on you.