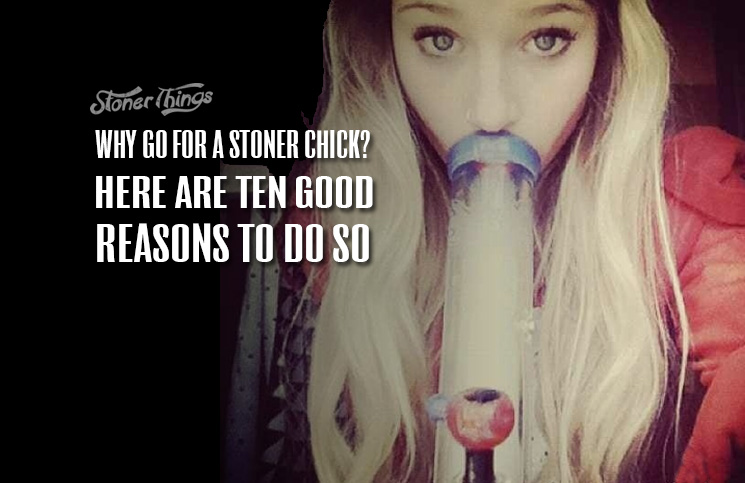 For a stoner, finding the ideal mate can be a formidable challenge. Apart from the overwhelmingly negative impression that most ‘upstanding members of society’ have of stoners, there is considerable difficulty in finding someone you can actually share your life with. Stoners are largely a discriminating lot, believe it or not, and no ordinary partner will do. This is why it is worth considering dating or at least maintaining a good relationship with a stoner chick. 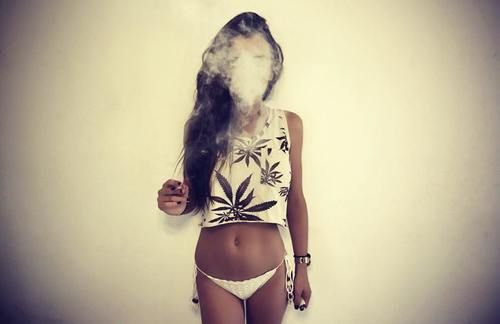 Here are some reasons why stoner girls are so cool.

Stoner girls almost never go ballistic or lose their shit over trivial things. If you want to avoid the drama that so often comes with a relationship, hooking up with a stoner could be one of the best decisions you will ever make.

2.  Stoner chicks are open to pretty much anything

Stoner chicks will never turn down an idea without at least considering it. Whether it is bungee jumping, trying sushi for the first time, or heading out during a rainstorm to stock up on snacks, stoner chicks are down for pretty much anything.

Downer girls can be…well, a bit of a downer. You won’t have to worry about such issues with stoner girls, as they generally have a more positive spin on things. Rather than wallowing in their misery and dragging everyone else down with them, stoner chicks would rather spark a doob and keep the good vibes flowing,

4.  Stoner chicks have a sense of humor

Stoner chicks like to laugh, and they are just as good as taking a joke as dishing it out.  Better still, stoner chicks will have a much better appreciation for all kinds of humor, and even your lame old knock-knock jokes have a good chance of being rewarded with a healthy guffaw.

Many stoner chicks seem to have the uncanny ability to know what you’re thinking even before you say it. Even if they don’t have this ability, many stoner chicks will just seem to get you no matter how outlandish or outrageous your plans and thoughts are.

If the thought of exchanging inanities with a bubble-headed partner appalls you, an intelligent stoner chick is exactly who you need to be hanging out with. Most stoner chicks are well read, educated, and beyond small talk and trivialities.

There is always something going on when you hang out with a stoner chick. From impromptu kitchen experiments to interior decorating, to crafts or flea market expeditions, stoner chicks can always come up with something to while away the time in a creative and interesting way.

There are few things more disinteresting than a partner who won’t eat a bite while you have a case of the raging munchies. There won’t be such an issue with stoner chicks, most of whom can match you bite for bite!

Not for the stoner chick is the typical radio pap that makes you upchuck your breakfast! Most stoner chicks have interesting and wildly eclectic tastes in music, and apart from appreciating your favorites, they may actually have some suggestions for you to add to your music collection.

10. Stoner chicks have their own weed

Perhaps the best reason to go for a stoner chick is they typically have their own weed. At the very least, this means that they will always have something to contribute to a gathering. At best, it means that you can always count on them when your own stash runs out.